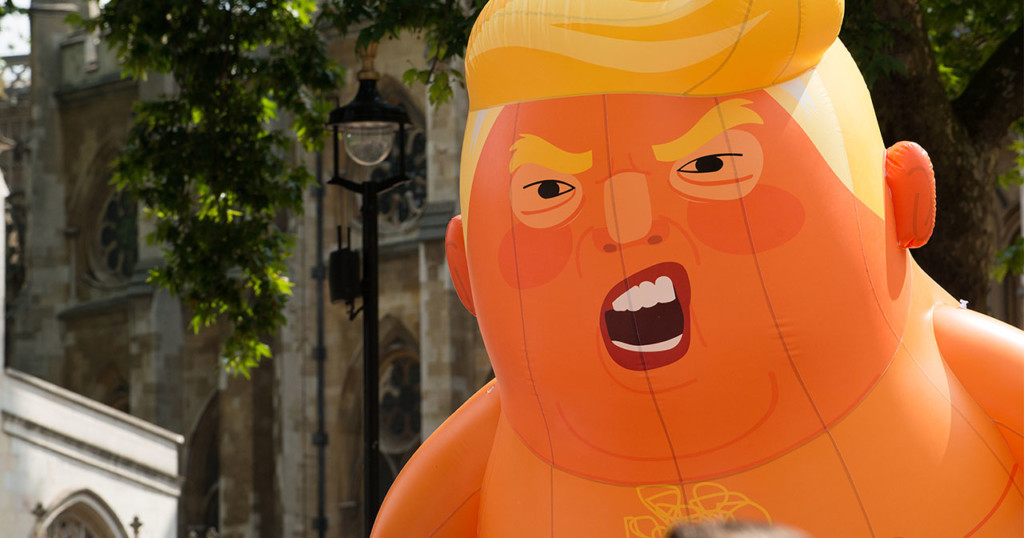 It is a reality that injustice, impunity, and inequality are the hallmarks of our time, as recently proven by the Trump Bibi partnership’s continuous, callous regard for international law.  During a Summit, Trump signed a presidential proclamation to formally recognise Zionist sovereignty over the Golan Heights which, under international law, is still considered Syrian territory, thus breaking long-standing US and international policies on the occupied territory. On 21st March, he tweeted:

“After 52 years it is time for the United States to fully recognize Israel’s Sovereignty over the Golan Heights, which is of critical strategic and security importance to the State of Israel and Regional Stability!”1

This announcement was unmistakably an election-time favour for Prime Minister Netanyahu. Thus, whilst Netanyahu congratulated Trump for this ‘historic justice’, the Arab and Muslim leaders, as well as their respective organisations, appeared to compete in issuing ‘strong’, albeit ineffective, condemnations. With the century–old plunder of Palestinian lands and the naming of Jerusalem as the capital city of the Zionist entity last year, this latest annexation raises the million-dollar question: when will the Muslim leadership regain their long-lost backbone and save the dignity of the Ummah from further degradation?

No other country approved this latest act of plunder. Both the UN and EU issued statements dissociating with this unilateral US action, as they did in the case of Jerusalem last year. For example, UN Secretary-General Antonio Guterres,  addressing the Arab League Summit meeting in Tunisia, said that any resolution to the Syrian conflict must guarantee the territorial integrity of Syria “including the occupied Golan Heights”. The 28 countries of the EU also unanimously declared that they do not recognise Zionist sovereignty over the Golan Heights, in line with UN Security Council resolutions 242 and 497. However, Trump’s recent proclamation on Golan Heights should not be considered as just a cynical political gambit. It is indeed a dramatic change in US policy regarding the Middle East and has serious consequences. For instance, the Zionist entity has been reportedly co-operating with US energy giant, Genie, to explore potentially large oil reserves under the Golan, where Trump’s son-in-law and Senior Advisor, Jared Kushner, has family interests as well. It seems possible that the US’ next move will be perhaps to officially recognise the Zionist entity’s clamour to annex vast areas of the West Bank.

As the Golan Heights move clearly carries tell-tale signs of a step towards full annexation, it is shameful to see some Arab media claim it could be a forerunner to the “deal of the century” that Trump has been promising the Palestinian people. In Saudi Arabian news, Yasar Yarkis, former Foreign Minister of Turkey, questions whether the annexation will “be in favor of the Palestinian people when the time comes” for the deal, and that if this is correct, similar could be said about “Trump’s decisions to move the US Embassy from Tel Aviv to Jerusalem”. 2 This would make the so-called “deal of the century” a reported first attempt at ‘resolving’ the conflict, by imposing it on the Palestinians without any involvement or consultation. But does this really seem to be the case?

Kushner undertook a diplomatic tour to many Middle Eastern countries in hopes of promoting and fundraising for this deal and reportedly planned to unveil it after the Zionist State’s general elections this month. This came after February’s “anti-Iran” conference in Warsaw, in which the US sought to isolate Iran, but were eventually the ones isolated themselves instead. A report claimed that, after the conference, Iranian officials felt threatened to “resume nuclear activities”,3 which had been limited in the 2015 nuclear deal. The timing of Kushner’s Middle Eastern diplomatic roundup seems to be part of the Trump administration’s plans, linking the aforesaid “deal of the century” to the formation of an Arab-Israeli, anti-Iran alliance. As a result, its Arab allies would be expected to re-establish its diplomatic links with the Zionist regime after accepting the Kushner deal, and then join hands to counter the so-called Iran threat.

Furthermore, from what is publicly known about the deal, there is reason to believe that the provisions will not uphold the best interests of the Palestinians. In an interview for Emerati channel, Sky News Arabia, Kushner stated:

“If you can eliminate the border and have peace and less fear of terror, you could have freer flow of goods, freer flow of people and that would create a lot of opportunities.”4

“What his cryptic declaration means is that the weaker Palestinian economy will become further integrated into the Israeli one, making Palestinians even more dependent on the Israeli state, which will retain full control over security and hence its ability to repress Palestinian political dissent.”

Thus, an institutionalised Zionist control would lead to “disastrous consequences for Palestinians”.6

This implies that the Zionist entity’s impunity—teargassing, shooting, and killing protestors who pose no credible threat—would continue unabated. According to a UN Report:

“Since 30 March 2018, the Gaza Strip has witnessed a significant increase in Palestinian casualties in the context of mass demonstrations and other activities along Israel’s perimeter fence with Gaza. The large number of casualties among unarmed Palestinian demonstrators, including a high percentage of demonstrators hit by live ammunition, has raised concerns about excessive use of force by Israeli troops. Exposure of children to violence and lack of protection for medical teams are also of concern.”5

This blatant disregard for Gazan lives is unforgiveable. As a Guardian article queried, ‘If one can kill with impunity, then can one live without consequence?”6

While these Zionist daylight robberies and impunities continue under the nose of the international monitoring bodies, both the Organisation of Islamic Cooperation and the Arab League increasingly prove themselves to be spineless in the global arena. It is shameful to watch the increasing relations between the Zionist state and Islamic countries in the Middle East and Africa, side-lining the Palestinian cause, as this goes against resolutions previously adopted by both of these organisations.

The centrality of Palestine to the Muslim world cannot be hidden, no matter what the Trump-Bibi partnership conspires with their Arab friends. The Nakba, the Catastrophe of 1948, is ongoing, and its effects can be seen with millions of Palestinian refugees worldwide. The upside, now, is that there is renewed international support for the Palestinian cause. It is necessary for all to continue campaigning in order to initiate actions that are in accordance with UN resolutions—actions that will recognise the rights of Palestinians and end Zionist occupation.