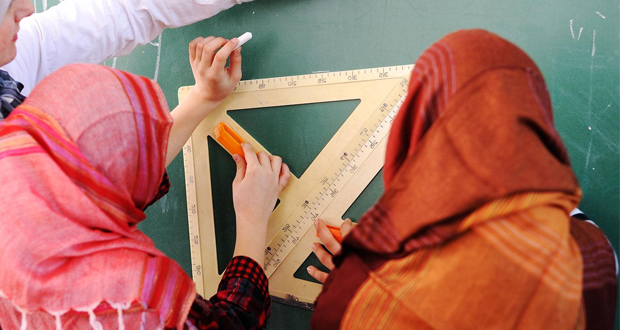 There is a good reason why schools and educational institutions should not allow themselves to become weaponised as part of a xenophobic agenda. It usually ends badly for the schools.

St Stephen’s Primary School in East London hit the headlines on the 14th January with its provocative ban on the hijāb and fasting, coupled with inflammatory social media posts by the Chair of Governors. The Headteacher complained that a survey she carried out revealed how few children self-identified as British. These results are hardly surprising when the school projected such a hostile view of British identity; comprising largely of intolerance towards orthodox Muslim practises such as the headscarf and fasting. The school leaders spoke about how ‘fortunate’ we Muslims are to ‘be here’ echoing far-right sentiments which are celebrated by sections of the tabloid press.

One of the most offensive parts of the debacle was the Chair of Governors’ apparent contempt for his own school’s parent community and his superficial understanding of Britishness. We do not need people with bigoted views in positions of authority demanding our children justify their stay in this country. However, on the 19th January the school released a statement on its website stating it had lifted both bans. The disgraced former Chair of Governors, who had described himself as being on a ‘personal crusade’ against ‘Islamisation’, tended his resignation on the same day with immediate effect. It seems his ‘personal crusade’ lasted little more than 5 days.

From being in a position of receiving accolade for leading an outstanding academic institution, the Headteacher is now trying to manage an incensed parent community; civil rights charities demanding answers; fierce criticism from the wider Muslim community, and stiff opposition from local councillors. A week is certainly a long time in politics.

The point here is not to gloat over the misfortune of others. Without a shadow of a doubt the school has worked hard to serve its local community and delivered outstanding outcomes for students. The point here is to reflect on how the school was manipulated by extreme right wing elements in the national media, only to be completely abandoned when the tide of public opinion turned against them. The former Chair of Governors along with Amina Lone and others who have launched attacks on the hijāb in schools would do well to reflect deeply on this fact. Real influence comes from the support of your community, not from being a ‘puppet’ for an extremist element in the ruling elite. It is remarkable how quickly such people are deserted by their former supporters.

So where do we go from here? Prominent members of the Muslim community have worked hard to repair the damage done between the school and parent community and the Headteacher has apologised unreservedly to parents, face to face. She has also undertaken a commitment to show respect and understanding for the Muslim faith when leading the school and deciding school policy. All links with the Chair of Governors have been severed and the school now seems to have rediscovered its moral compass and turned a new page. The parent community has been gracious and supportive when mistakes have been acknowledged, and shown willingness to move forwards with a new, more constructive relationship. Such is the default character of Islām – forgiveness and overlooking of faults when regret is shown.

But the reality is that were it not for the creation of a perfect storm consisting of the ill-fated Times Interview, breathtakingly ignorant social media posts by the former Chair of Governors and the accidental release of highly embarrassing confidential school documents, the situation of St Stephen’s may never have been brought to the forefront of the national media, and the hijāb and fasting ban may well have still been in place. There are still schools up and down the country hiding behind ‘health and safety’ directives to ban prayer, fasting and the hijāb. There are still school leaders, up and down the country, who are confused and bewildered by the toxic and structurally racist Prevent duty, conflicting directives from Ofsted, and a narrow and xenophobic interpretation of “British values”.

It is the responsibility of Muslim parents to be actively engaged in school life. The Muslim community is an aspirant community that values education. It now needs to take up its rightful role in making a positive contribution to the ethos of their local schools by joining governing boards, supporting their local schools at community events and standing up for the religious freedoms of their children. It is time for Muslim parents not just to be spectators in their children’s journey through schools but to define the education agenda.

Click here for more information about becoming a school or college governor.[4]