Why I am against grammar schools 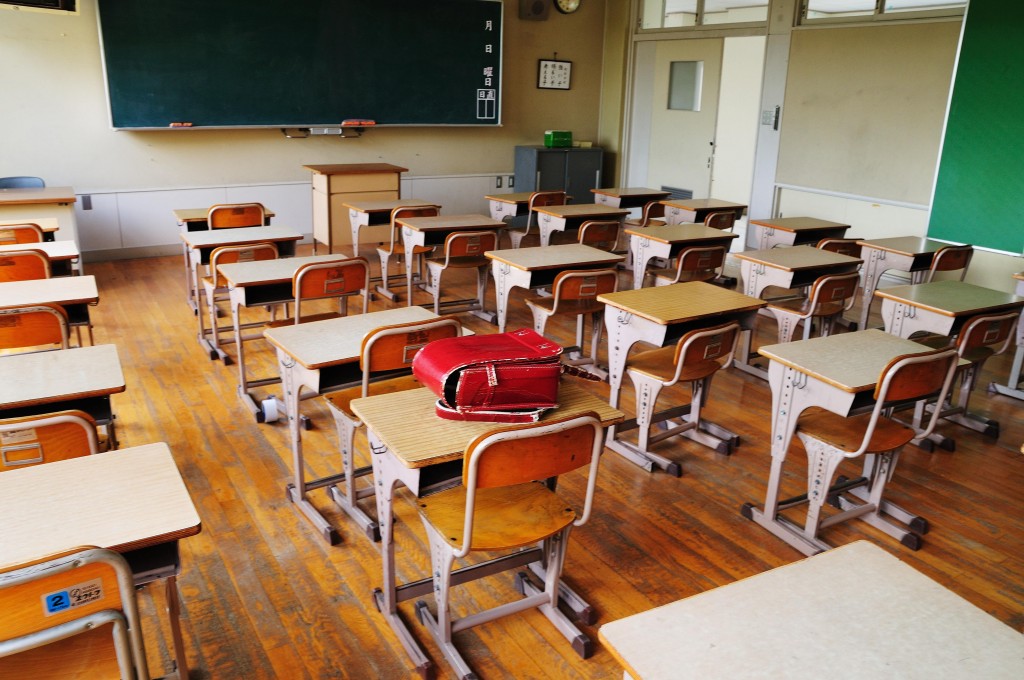 Meritocratic Society or Politics in Play?

On the 12th of September 2016, PM Theresa May unveiled plans to lift the near 20-year ban introduced by Labour in 1998 against opening new grammar schools. Plans not initially present in the 2015 election manifesto, May’s idea has been met with considerable opposition on all sides.

In support of these plans, Schools Minister Nick Gibb explained that a new wave of grammar schools would “specialise in more academically able children” and would, in turn, facilitate their goals of wanting to join elite professions such as Law and Medicine. Addressing the ResearchEd National Conference in London, Gibb explained that these reforms were the next stage in widening opportunities and ensuring that the professions dominated by independently educated children would now be more accessible.

However, former Secretary of Education, Nicky Morgan, expressed her disagreement with these plans in a recent Facebook post in which she wrote the following:

“I believe that an increase in pupil segregation on the basis of academic selection would be at best a distraction from crucial reforms to raise standards and narrow the attainment gap and at worse risk actively undermining six years of progressive education reform.

The evidence is now incontrovertibly clear that a rigorous academic education does not need to be the preserve of the few. Instead schools serving some of the most disadvantaged communities in the country – from Harris Academy in Peckham to ARK Charter Academy in Portsmouth to Dixon’s in Bradford have shown that with high expectations, good teaching and strong leadership, it is possible to build a truly comprehensive school system in which every child is able to achieve excellence.”

Recently elected Jeremy Corbyn also vehemently opposes the plans for new grammars and vowed to take to the streets ‘united as a party’. In his recent leadership acceptance speech, he said

“I am calling on Labour Party members all over the country to join us in a national campaign for inclusive education next Saturday […] The Tories’ plans for grammar school segregation of our children expose their divisive and damaging agenda for our country.”

In stark contrast to May, earlier in the year Corbyn outlined plans for a National Education Service that would act as a “lifelong learning service for a lifetime of opportunity” – a service that he aims to make every bit as vital and as free as the NHS.

In addressing the grammar school debacle, Corbyn’s Shadow Education Secretary, Angela Rayner, told the Times Educational Supplement that grammar schools were not the way forward.[1] She stated that,

“The fundamental problem with grammar schools is that they create winners and losers. I want to reach out to anybody who opposes them. We must defeat this, otherwise we let down a generation of children if we don’t.”

‘What a catastrophe’ has long been the underlying attitude affiliated with the ban by champions of grammar schools. And it seems as though Theresa May has come along as a reformer to ‘repair’ all that is wrong in the Education sector. But, why is it that she is unable to see how detrimental the introduction of more grammar schools actually is?

This dire need to push for more grammars comes with the assumption, similar to private schools, that only those in the upper echelons of society who are culturally aware and those who are smart enough to pass a test are the ones who are worthy of being allowed in. Call me cynical, but the charitable nature of private schools has also recently begun to raise some eyebrows. May highlighted that between 2010 and 2015 Private School fees “rose four times faster than average earnings growth, while the percentage of their pupils who come from overseas went up by 33% since 2008.” And so the question arises, will private schools do more to help the state sector because of the ethos on which they were built, or are the tax benefits associated with charities far too valuable to give up?

The nature of the 11+ examinations also requires a fair level of scrutiny. Is it not destructive to base a student’s prospects on an exam they sit at such an early age? Should this be the decisive foundation that the rest of their education rests upon? It has been claimed that the new strategy regarding grammar schools will address these issues. May has said she will ensure greater opportunities for those who may not have performed as well in their 11+ examinations by allowing them a second chance later on in their academic career. But I’ll say this, we have been bitten by the Neo-Conservatives and their draconian policies before – and I do not believe this time around to be any different.

“as long as there’s some kind of mechanism for scooping up and transforming the occasional and rule-proving exception, then all is well.”

Statistically speaking, the government’s proposition of opening more grammar schools in a bid to boost social mobility may not actually have the desired impact. Addressing an audience at a fringe event at the Labour Party Conference, Les Walton, Chair of the Education Funding Agency, said,

Sam Freedman agrees with this theory in his article in The Guardian:

“Many people in politics and the media benefited from a grammar education themselves and feel it formed the basis of their success. They genuinely want to offer that opportunity to others whose parents can’t afford a private school or the expensive catchment area of a popular comprehensive. The problem is that for every success story there are far more hidden examples of lost potential.”[2]

In his article, Freedman also highlights various statistical issues with grammar schools such as the fact that they educate as few as 9,000 low-income students. He also reminds us of the core idea that selective schools operate on – only a select number of the population can benefit from a good academic education.

Former Financial Times journalist Chris Cook further illustrates the ramifications of the grammar system and believes that, whilst it may be beneficial to its own students, it depresses the overall educational achievement within general catchment areas. He also notes how it has a particularly negative effect on the poorest children.[4]

The prevalence of such institutions that are derived from neo-conservative policies will also perpetuate a degree of inequality and reinforce the divide in the socio-economic strata, leaving the underprivileged to deal with the brunt of the disparity.

This remains relevant for Muslims in particular according to reports detailing that British Muslims are amongst the most deprived in the country.[5]

46%, nearly half, of the Muslim population currently reside in the bottom 10% of the most deprived Local Authority Districts in England, with 28% in social housing.

In terms of education, 26% of Muslims have no qualifications (falling from 39% in 2001 yet remaining higher than the national average of 23%). Only 24% are educated to degree level, with various reports also indicating that very few BME Muslim students are accepted into higher achieving Russell Group and Oxbridge universities – for which these institutes have been criticised.

According to an article published in the Curriculum Journal, the low attainment of Muslim students is down to a range of factors, including but not limited to:

These reports give us an insight into the challenges facing disadvantaged communities, and the divisive techniques being proposed by May are of no help. The segregation in schools as a result of these policies will further facilitate the deterioration of communication, dialogue and understanding, and will accelerate the already rampant Islamophobia.

A study carried out by the Education Policy Institute also had the following key findings:[6]

– No evidence to suggest that overall educational standards in England would be improved by creating additional grammar schools.

– No overall attainment impact of grammar schools, either positive or negative.

– Pupils who are eligible for free school meals (FSM), a proxy for disadvantage, are under-represented in grammar schools.

And so we can ask, to what extent can grammar schools act as a measure of progress?

Where does the focus need to be?

Perhaps it is high time we took a leaf or two out of the Finnish book of educational success.

I strongly implore our current government to re-evaluate and shift their focus to what really needs to be done.

For the sake of social mobility and the economy, it would perhaps be wise to encourage students to go down more technical and vocational pathways, similar to our fellow Finnish educators. Deborah Orr argued in 2015,

“lots of children are more practical. They need to see the reason why they’re learning, and how it will be applied to actual life. England, sniffily, calls this ‘vocational education’, as if it’s some kind of second-rate, semi-spiritual calling, then grumbles away about ‘the skills shortage’ and ‘low productivity’.”

What we also need to do is put more money into resources for schools – this includes prioritising our teachers – goodwill teaching will only go on for so long.

We must ensure that classroom practices shift the focus from equality, to equity, i.e. we need to be fair and context sensitive. We cannot employ zero tolerance disciplinary measures and a one-rule fits all concept across the board. This is particularly harmful to students’ well being and their educational prowess. And above all, we must not further the educational divide. What we need is to strive for exceptional education everywhere.

If the plans for more grammar schools do go through the results will be unprecedented and it will be our children suffering the fallout of reckless and politically motivated decisions. The Conservatives have a certain idea of what society ought to look like, one in ‘which poor people are thick and rich people are clever.’ The success of these policies will thus only facilitate this elitist mindset, to the detriment of many. Whilst operating under the guise of wider opportunities and ‘free’ education, this government will make education even more inaccessible and will once again fail its most vulnerable pupils. As Ross Morrison McGill wrote,

“Politicians are fixated with school structures, with rose-tinted glasses, personal anecdotes and blatant disregard for the data and evidence which speaks volumes … it is a sad day for education when we place structures above purpose.”

Though the Conservatives may have rebranded under a new slogan, their proposed education policies do not echo the idea of ‘A country that works for everyone.’

Reem is a journalist, researcher and graduate from the University of London. She is currently studying for a Masters, and her areas of interests include but are not limited to Education and Current Affairs.