How to react to the death of President Karimov 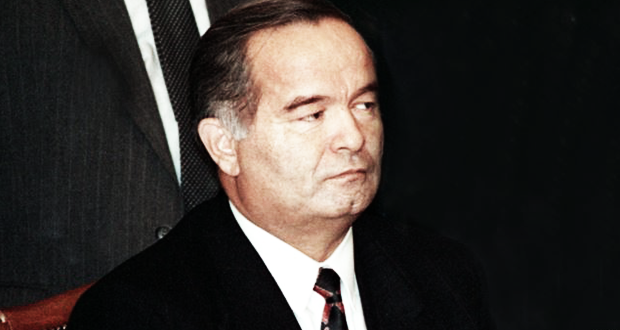 “…(the death of) a wicked person relieves the people, the land, the trees, (and) the animals from him.”[1]

President Islam Karimov of Uzbekistan, who was responsible for gross abuses towards human beings and excessive persecution of Muslims under the banner of preventing “Islamic fundamentalism”, has died suffering a stroke.[2] Only Allāh knows the final abode, whether Paradise or Hell, of any specific person but a Muslim rejoices or is saddened by what is apparent of good action and beliefs or otherwise, while Allāh alone knows what is concealed and beyond our cognition.[3] As such, as Muslims we rejoice in relief as the tyrant and oppressive dictator of 27 years can no longer bring harm to the Muslims of his nation.

Amongst President Karimov’s abuses are cases of torture, persecution, kidnapping, execution, detention, massacre, forced child labour, and censorship of freedom of expression and religion.[4][5][6][7] According to the World Report, in 2011 alone:

Freedom of expression remains severely limited. Government-sponsored forced child labour during the cotton harvest continues. Authorities continued to deny justice for the 2005 Andijan massacre in which government forces shot and killed hundreds of protestors, most of them unarmed.

It was documented that Uzbek authorities regularly threatened, imprisoned, ill-treated, and tortured human rights defenders and other peaceful civil society activists under President Karimov’s rule. With torture rampant in Uzbekistan and occurring with near-total impunity, the rights of detainees were violated at each stage of investigations and trials while they were forbidden access to lawyers.[8]

During Karimov’s 27 years as dictator, his authorities continued their unrelenting, multi-year campaign of arbitrary detention, arrest, and torture of Muslims who practiced their faith. Innocent Muslim detainees were beaten with clubs, electrocuted and starved for up to six days, a report has said. Some were given state-appointed lawyers who ignored their pleas, knew about the torture, but never requested medical expertise.

“[Karimov’s] Islam is stagnant, official, dead. It pours from TV screens, from the mouths of government-fed imams. The other Islam that is alive and social is a terrible threat to him and is impossible to tame. This Islam is close to civil activism that undermines his power, and that is why Karimov wants to destroy it.”[9]

Despite Karimov’s tyrannical rule over his nation and his oppression over Uzbekistan’s Muslims, it is a comfort to every oppressed people to know, as Allāh says, “for every term there is an appointment”[10] and He says: “And every nation has its appointed term; when their term comes, neither can they delay it nor can they advance it an hour (or a moment).”[11] Regardless of Karimov’s status, he is now facing the true reality and is being held answerable for his every action in his life.

Do we express joy at the demise of an evil person?

The scholars of the past cautioned others with regards to evil figures during their lifetime. Rather than crying and beseeching Allāh’s mercy for them when they had parted, these scholars would continue to elucidate the reality of their evil teachings, and oppressive nature, rejoicing at their demise and congratulating one another with respect to this.

On the authority of Hammād, who said: “I delivered the good news to Ibrāhīm (al-Nakh’y) surrounding the death of al Hajjaj (the known Umayyad dynasty tyrant who killed ʿAbdullāh b. Az Zubair (raḍiy Allāhu ʿanhu) who then prostrated in thanks to Allāh, weeping out of joy.” When Tāwus became sure of al Hajjaj’s death, he exclaimed: “so the roots of the people who did wrong were cut off. And all the praises and thanks be to Allāh, the Lord of all that exists.”[12] Al-Ḥasan al-Basri further fell into thankful prostration whilst hiding, as did ʿUmar b. ʿAbd al-ʿAzīz.

Bishr al-Muraysi (d. 218AH) was an adamant follower of the Mu’tazilī doctrine and a strong supporter of its heretical teachings. When news spread of his death, it reached Bishr b. al-Hārith while he was in the marketplace who exclaimed: “were it not to draw attention it would be an occasion of gratitude and prostration (to Allāh). All praise is due to Allāh, the One who caused him to die.”[13]

It was said to Imām Aḥmad b. Hanbal: “one feels happy at what is happening (of calamity) to the friends of Ibn Abī Du’ād (an ardent Mu’tazili). Is this (feeling) sinful?” He replied: “and who does not rejoice at this?”[14]

And when the news of the demise of Wahb al-Qurashy, a misguided individual who would misguide others, came to ʿAbdulraḥmān b. Mahdy, ʿAbdulraḥmān said: “all praise is due to Allāh for having rid the Muslims from him.”[16] In ‘Al Bidayah wal Nihaya’, Ibn Kathīr comments regarding one of the head innovators after his death: “Allāh relieved the Muslims from him, in this year during the month of Dhul Hijjah. He was buried in his own home, then transferred to the burial ground of Quraish, so to Allāh belongs praise. When he died, all of Ahl al-Sunnah rejoiced, every single one of them showed their gratitude to Allāh.”

Karimov’s death is a relief to the Ummah for it is to be rid of one who harmed our fellow Muslims and spread corruption on the earth. We praise Allah and have hope in His justice, we pray that He relieve the suffering of the Uzbek Muslims and we trust in Allāh’s support of our oppressed brothers and sisters around the world.

“Beware of the supplication of the oppressed, for there is no barrier between it and Allah.”[17]