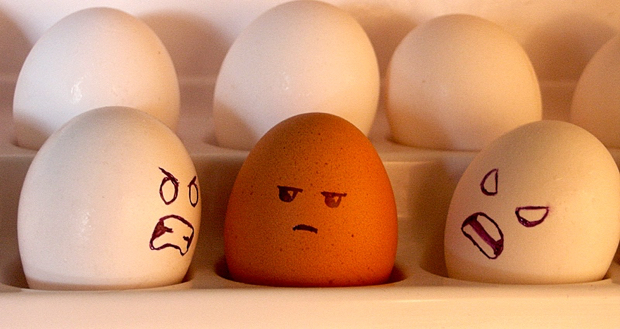 With the rise of racist parties throughout Europe who attack people of colour*, the term ‘racism’ has been distorted to such a degree that even some of the leaders of these racist parties claim to be “anti-racist” (in the same way the leader of the Swedish Democrats, Jimmie Åkesson, has done). The increasingly hostile situation for Muslims in the West deems it necessary to clarify central concepts and ideas in racism, so that we are able to deal with this issue in the most appropriate manner.

The term ‘race’ has a shaky history of definitions. As Bethencourt points out, ‘race’ was first used as a synonym to ‘caste’.[1] Later it was used to denote noble linage in France and Italy during the late Middle Ages. During the struggles between Muslims and Christians in the Iberian Peninsula, the term ‘Race’ developed into an ethnic meaning and was applied to Muslim and Jewish people to highlight “impurity in the blood”.[2] It was later applied to African and Native Americans. The word was hence conceived in the Iberian context and at the time of the Reconquista.

Later, with the introduction of scientific racism, among which the Swedish botanist Carl von Linnaeus was one of its leading figures, the White race, Homo Europaeus were put on top while those who phenotypically differed from them were considered inferior, with black people piled at the bottom. Scientific racism was used in Sweden to establish The Swedish Eugenics Association in the year 1909. This was set up as a partnership between politicians and scientists who lobbied for a eugenic perspective on social development. In 1922, the association succeeded in establishing The State Institute of Racial Biology. In 1934, Sweden was the first country in the world (even before Nazi Germany) to implement forced sterilization of “unwanted people” in order to prevent “population degeneration”.

When we look into this notion of ‘Scientific Racism’ we find that it is not scientific at all. Race is exclusively a political and social construction, not a biological reality. Racism has been used to justify colonialism, imperialism, slavery, oppression, discrimination, stigmatization and segregation. Many of these formations of exclusion towards people of colour today are based on these historic processes of how race was utilized. Thus, we need to focus on the central discussion around racism since it affects all of us as a power structure in society. To talk about race as a social construction is not to perpetuate racism; rather it is to expose and make inequalities between Whites and Non-Whites visible, and to be able to address and deal with these inequalities.

It is important to highlight what is meant by “White”. Since race is a social construction, Whiteness is too. For instance, someone can be considered black in the UK, brown in Puerto Rico but white in Brazil. This is because whiteness is about those who pass as normal and hold positions of power in society. Unlike people of colour, they are not subject to political solutions because of their whiteness. This is precisely the reason why those who have been considered white have historically varied. Whiteness has never been a static definition. The Irish for instance were once considered as non-white and were actually called the N-word upon their migration to the US. What this demonstrates is that whiteness is not only about skin-colour, but about power. This is also the reason why Greek immigrants in the UK are considered as non-White, but in Greece considered White. This process of being categorized racially is called racialization.

There are many who find talking about race and racism problematic. They often state that they do not see hair- or skin-colour or that they do not care about culture and religion but that they only see the human. This is unfortunately a lie. As humans, we categorize people all the time; when we see each other or hear each other’s names. If we were to do a small experiment, for example, to think of a board of a multimillion pound-company, who do you see? Somali people? Pakistanis? Or Whites (men)? Why is that?

There is often confusion about the term racism, which gets conflated with ‘racial prejudice’. They are not the same thing.

Racism is the stratification of people based on their race, religion, culture or ethnicity, where the reference group, the White, hold institutions of power. It is this group which reproduce unequal structures in society, both consciously and unconsciously. Thus, Racism is not merely hate, as many people define it as, rather racism is not racism without the aspect of power. The basic definition of racism can be summarised as:

Racism = racial prejudice + misuse of power by institutions and systems[3]

Racial prejudice is having prejudices against someone or a group of people because of their perceived race, culture, religion or ethnicity. As a Kurd, I can have prejudices against Whites, however I cannot be racist against Whites since I do not hold the power necessary to discriminate or stigmatize Whites. If I would say “All Whites are thieves”, it would not reproduce a racist notion of Whites, whereas if Whites would say, “All Kurds are thieves”, it would be racist.

Racism is often structural and institutional. It reproduces inequalities and excludes people from resources and power. For instance, in the city of Gothenburg in Sweden there are two districts, one of which is dominated by Whites, and the other one dominated by people of colour.

This is just one small example of how structural racism could look like but, in practically all countries in Europe, the problems of racism have generated a structural divide based on racialization.

So, a more developed definition of racism, based on this discussion, could be:

Racism is an institutionalised power-structure of inequalities that, through the idea of race, culture, ethnicity and/or religion, maintains one group’s privileged position over others, and therefore limits other groups’ possibilities to fully take part in the social, political and economic resources of society.[5]

What is Islamophobia? Is it racism? There seems to be confusion whether or not it is.

Professor of Comparative Religion Mattias Gardell defines Islamophobia, in what I consider to be one of the best definitions of the term, as, “socially reproduced prejudices and aversions towards Islam and Muslims, and actions and practices which attacks, excludes or discriminate people on the basis that they are or are perceived to be Muslims or are associated to Islam.”[6]

It is not difficult to see this definition and its links to the discussion about racism, since the word race came to be in the Iberian context in the struggles between Muslims and Christians.

Some object to this by saying that Muslims are not a race. Firstly, this objection is highly problematic, because it then means that the objector is defining race biologically which creates more problems for the objector. Secondly, the history of the term race, as previously discussed. Thirdly, as professor Arun Kundnani writes, “But since all racisms are socially and politically constructed rather than reliant on the reality of any biological race, it is perfectly possible for cultural markers associated with Muslimness (forms of dress, rituals, languages, etc.) to be turned into racial signifiers. This racialization of Muslimness is analogous in important ways to anti-Semitism and inseparable from the longer history of racisms in the US and the UK.”[7] Islamophobia is a form of racism and should be addressed as such.

This article is a brief insight into Racism. Research into this area is available throughout the internet in the form of academic journals, dissertations and books by reputable authors. Recommended reading; The Autobiography of Malcolm X and Frantz Fanon’s “The Wretched of the Earth.

*People of Colour are all who are not considered white, i.e. people with immigrant background (mostly from a Asian, African or Latin-American country) in the country they reside.

[5] Definition was presented by Professor Irene Molina during a lecture.

Amanj Aziz has a bachelors in Political Science and is an anti-racism activist in Sweden. He is currently undergoing a Masters in Sociology with a special focus on Postcolonial and Critical Race studies at the University of Gothenburg in Sweden.