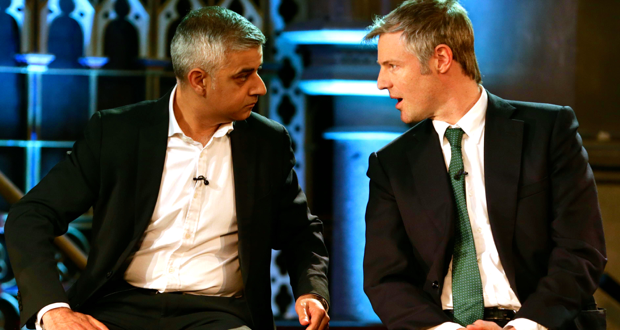 Since London woke up to confirmation of a resounding win for Labour’s Sadiq Khan in the Mayoral Elections, another campaign of blame apportioning in the Conservative Party seems to be underway.

The “blame game” for the Conservative candidate Zac Goldsmith’s defeat began before the final vote count at London’s City Hall had even been announced. It seems clear that David Cameron and his party want to pin their candidate’s defeat firmly onto Mr Goldsmith and his campaign manager Lynton Crosby’s shoulders, whilst distancing themselves from the reality that Mr Cameron was very much a major player in a very dirty game.

To engage in “Dog Whistle politics” is to disseminate a message that has a coded undertone and, in this particular case, the aim was to highlight the fact that Sadiq Khan is a Muslim. We heard that Sadiq Khan, during his career as a human rights lawyer, had represented some so-called “Muslim extremists” and had “shared a platform” with others. The message to the public was clearly to convey that Sadiq Khan, as a Muslim, is possibly dangerous and if not then he knows people who might well be.

This recent phenomenon of judging people by whom they happened to have attended the same event as, or “shared a platform with”, is a preposterous method used rather effectively to inhibit free speech. We have seen this tactic used to prevent Islamic scholars and Palestinian rights activists from speaking at events on University campuses, desperately linking two people to events or to so-called religious extremism when they have no real connection or influence over each other.

David Cameron used the “shared a platform” smear in the most outrageous and inaccurate way in his attempt to create a connection between the Labour candidate and terrorism. He drew a link between the totally innocent Sheikh Suliman Ghani, previously the Imam of Tooting Mosque, and Sadiq Khan. Mr Cameron used the dispatch box to make the claim that Suliman Ghani supported ISIS which was an outright lie and one that unraveled very quickly after the respected Sheikh heard about the claim and rightly fought back quickly on social media to clear his name. Sheikh Ghani challenged David Cameron to make the claim again, this time away from the dispatch box so that he could legally challenge him on his words.

It was pointed out very quickly on social media that Suliman Ghani had spoken earlier this year at an Islamic event about “The Evils of ISIS”. This was not only pointed out by Mr Ghani, but was also uncovered during a comprehensive investigation into Mr Ghani by LBC radio journalist Theo Usherwood. This is a lesson to us that not everyone in generally pro-establishment media is our enemy; some are honest and should be commended. Indeed, Theo Usherwood, having gathered detailed information on Suliman Ghani, confronted Zac Goldsmith face to face with the facts. This was a chance for Mr Goldsmith to reconsider the claims, but Mr Goldsmith remained firm on his position that Sadiq Khan gave cover to extremists. Surely, after Theo Usherwood confronted Mr Goldsmith with his refutation of the claims against Mr Ghani, Mr Goldsmith should have requested his office to look into the matter further.

Incredibly enough, the claim that Suliman Ghani supports ISIS was repeated by Michael Fallon, the Defense Secretary on BBC radio 4’s Today programme, the morning after Sadiq Khan’s victory. Sheikh Ghani will be able to look for legal redress as, this time, the Member of Parliament spoke without parliamentary privilege, away from the dispatch box in the House of Commons. A petition has been created, David Cameron must apologise to Suliman Gani, which we should all help disseminating. It is a shame that it has only received 3,000 signatures so far. This is something we should all play our part in for creating the push for accountability.

Rumblings in the media as to the extent of the negativity in the campaign being waged by the Conservative party against Sadiq Khan did not appear to have pricked the Tory conscience nor dented the heavy armour of the strategic tank battalion of the Lynton Crosby managed campaign. Perhaps it was the unexpected victory in the 2015 General Election by the Tories giving them a perception of invincibility or perhaps it is a trait that comes from having a background of exceptional privilege that enabled them to exceed the limits of what might have been considered the normal rough and tumble of electioneering.

Unbelievably, the situation went from bad to even worse when, despite the facts having been in the public domain for some days, rather than back down and admit that he had perhaps been given incorrect information, Mr Cameron went on to make more spurious claims against Mr Ghani for a second time at Prime Ministers Questions last week.

This, I believe, was the final straw for many voters in a campaign by the Conservative party, which had long since been labeled as racist and Islamophobic. Talking to people in my community and listening to members of the public being interviewed about their voting choices on the radio, it emerged that many had been put off voting for Zac Goldsmith by the fact that his campaign was just too dirty.

And this is one cause for celebration at the election result. Whatever our disagreements with Sadiq Khan as an individual, it is heartening to know that the majority of voters in London said ‘No’ to the politics of fear and racism. Of course, he is by no means a Muslim known for holding onto the Islamic Values and principles Islam has empowered Muslims with, and of course some of his past, present and future actions will be seen by all schools of thought as major sins to put it lightly. But if we look to the broader social and political context, it does not take an optimist to appreciate the fact that someone who was constantly spun as a ‘Muslim mayor’, ‘extremist sympathiser’ or some kind of closet Islamist by the right-wing press, was elected to one of the highest posts in the country despite the propaganda against him. It suggests that the racists and Islamophobes who could not look past his ‘Muslimness’ were outnumbered by those who could. It suggests that those who are intelligent enough to see past propaganda outnumber those that are stupid enough to fall for it.

Sadiq Khan must recognise that many people may have voted for him because they are supporters of Jeremy Corbyn. Corbyn has always been a firm supporter of the Palestinian right to self determination, a cause very close to every Muslim’s heart and for which he faces such a hostile campaign from the pro-Israel Blairites in his own party and the mainstream media. Even more importantly, he will be held to account by Allah for more than most of us—for everything he does and does not do with the new powers he is being tested with.

No doubt there will be much more analysis of the Mayoral election for the days and weeks to come and I, for one, do not want David Cameron or the increasingly pro-establishment mainstream media to escape responsibility for the failure of the Conservative candidate. Week by week, as Cameron and his fellow Tory front benchers who love to sit honking and braying throughout Prime Ministers Questions or even through debates on reducing disability benefits from the most vulnerable people in our society, the public perception of them as the nasty party is one that has been well earned. Despite Labour actually winning seats in these elections and the Tories losing some, the mainstream media is desperately spinning the results as a Labour fail.

For myself and other Muslims who voted for various candidates based on the policies of particular candidates that appealed to us as individuals, there is little culture of block voting. It is true that many Muslims voted Labour historically but a couple of generations down the line there are even some who have, in the past, voted Conservative too. Political awareness is growing in the Muslim community. With some organisation and direction from community leaders we could become a cohesive force that political parties seek out to court for our votes. Given direction and leadership, if Muslims were a cohesive force we could in fact influence policies because candidates would see the benefit of having our votes. Sadly, however, politically we are mostly reactive and not proactive. We need to go to the political parties and discuss with them the issues that are most important for us as Muslims. The Green Party in particular has policies that appeal to Muslims but I do feel for sure that many of us for the foreseeable future might feel inclined to vote for anyone but the Tories.

One benefit of the dirty campaign run by Cameron’s Tories and their supporters in the media is that we have seen the machinations of the Israel-supporters as both individuals and groups come out into full view. The campaign of alleged anti-Semitism against Corbyn and those who support him was obviously manufactured to cause maximum disruption just before voting day. Every pro-Israel lobby group representative was found space in the media to repeat the lie that anti-Israel criticism and activism are equal to or a manifestation of Jew hatred. Unfortunately, Corbyn was weak enough to react to this by setting in place an enquiry in anti-Semitism within the Labour party. This was an initiative that the lobbyists immediately took as an admission that the problem exists. It is allegedly an anti-Semitic trope to say that pro-Israel lobbies have disproportionate control of media and politics but, after the sheer amount of coverage that the “anti-Semitism in Labour” story was given in the media and the number of politicians who lined to condemn anti-Semitism and confirm they believed in the State of Israel’s right to exist, we were left in no doubt as to the reality. Naz Shah apologised so extensively for her supposed anti-Semitic post on social media and even agreed to be educated on the evils of anti-Semitism. As if, as an Asian herself, she has no understanding of racism. I think we can expect a visit to Israel and Yad Vashem to be a part of her reeducation – again blurring the lines between real anti-Semitism i.e. Jew hatred, and opposition to the racist Zionism of the State of Israel. Conversely the open and clear Islamophobia that exists in certain political parties is not just ignored but also actively promoted in the media. Is there any real difference between the Tory party and Britain First except the members of one had a more expensive education?

Previous: Hillsborough – a story of carnage, cover ups and corruption
Next: Is David Cameron OK with “an” Islamic State then?