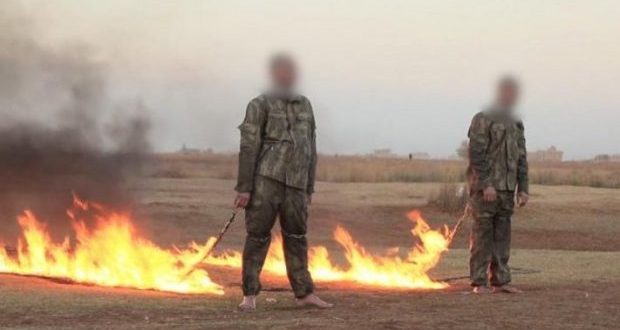 Yet again, we are bombarded with another indescribably horrific video of a torturous murder from the non-Islamic non-State production house; swelling their existing monstrous bunch of psychotic material. As the blood of the world boils at the mere receipt of the news, the silence of western leaders and Turkey’s NATO “allies” is almost deafening.

What is Turkey doing in Syria in the first place?

This horrific incident comes as the Turkish Armed Forces (TAF) carries out what it has referred to as Operation Euphrates Shield. The aim of this operation is “to protect Turkey’s border security and Syria’s territorial integrity”. [1] The operation initially started with the aim of ending the aggression of YPG and Daesh along the Turkish border, [2] which created a ‘terror corridor’ against Syrians and Turks alike. [3]

YPG is reported to be an offshoot of PKK [4] which is an armed group listed as a terrorist organisation by Turkey, EU and the US. [5] What is disorientating here is that, though the US recognises PKK to be a terrorist organisation, it still supports YPG under the pretext of ‘fighting ISIL’. [6] Yet Daesh and PKK are said to have been colluding against Turkey in the fight for the Syrian city of al-Bab. [7] This has caused some remarkable friction between the top two NATO forces (Turkey and USA), questioning Washington’s choice of alliance in its fight against the common enemy, ISIS. This is in addition to the long, fiercely debated question of funding one ‘terrorist organisation’ to fight another, even though Ankara is a better choice of alliance.

The Operation which had begun four months ago, on the 24th of August 2016, [8] has seen many successes in securing the Turkish-Syrian border and paving the way for peace in those localities. [9] Euphrates Shield consists of a coalition of multiple parties with Turkey taking the lead role in supporting the Free Syrian Army (FSA), backed by Saudi Arabia and Qatar. [10] [11] 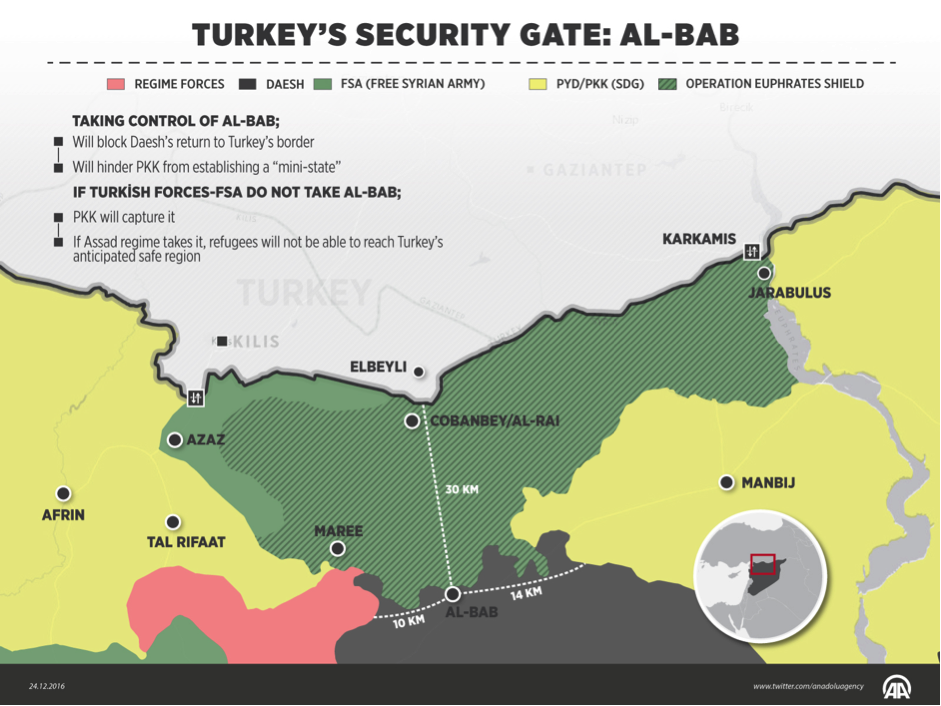 Figure 1: Infographics Maps of Northern Syria along the Turkish border [12]

YPG took control over parts of Syria and Iraq with an ambition to establish their own state, along the Turkish border, backed by the US. [13] Israel, for its part, expressed the desire for a Kurdish state. [14] [15] President Erdogan has affirmed that Turkey “will never allow the founding of this kind of state” in Northern Syria. [16] YPG’s aggression left the Syrian town of Jarabalus with a population of less than 5% of a football stadium at only 4,000 people. [17] YPG is reported to have targeted other Arab and Turkmen communities in their new, vast area of self-proclaimed control. [18]

This plot and hostility was soon foiled by the help of Allāh (subḥānahu wa taʿālā) through the above-mentioned operation, and the TAF as ordered by the Commander-in-chief of the Turkish Armed Forces, President Recep Tayyip Erdogan, after approval by the Turkish Grand National Assembly. [19] Jarabalus has since embraced over 30,000 residents [17] returning to their homes (from refugee camps and other nearby areas) after they were forced to leave. [20] Marketplaces returned to operation following the swift action of the nearby Gaziantep Turkish Municipality which took it upon itself to establish the water supply within approximately a week leading up to ‘Eid. The Gaziantep Municipality is also reportedly cleaning the Syrian streets of Jarabalus. [17] The recovering town also received a supply of electricity from the nearby Turkish electricity supplier. This liberation has boosted morale among fellow Syrians and thereby tripling the FSA recruitments [21].

The latest mission in this operation was the besieging of the ISIS stronghold of al-Bab. [22] At this time, Operation Euphrates Shield is believed to have killed over 1,000 ISIS and 7,000 YPG fighters. This operation has also come at a cost for the TAF, with 35 martyred soldiers, many others wounded and 3 abducted by Daesh. [23] [24] Al-Bab is a strategic city in the war against ISIS and other aggressive forces in Syria. [25] Although not confirmed, it has been reported that 88 civilians have unfortunately been killed in al-Bab in addition to the fighters. [26] As is characteristic of modern warfare the TAF must take great care to minimise civilian casualties, particularly due to the many international eyes on them desperately looking for an excuse for them to fail.

Many are seeking attention; some with obsessive adoration for likes, shares and retweets. One needs to be wary of who we give our attention to and what information we spread. Muslims especially need to be careful of spreading news that is not proven to be true merely because it portrays a negative light of an entity that we may not necessarily see ‘eye-to-eye’ with. As Allāh (subḥānahu wa taʿālā) says;

O you who believe! If a rebellious evil person comes to you with news, verify it, lest you harm people in ignorance, and afterwards you become regretful to what you have done. [27]

O you who believe! Stand out firmly for Allāh and be just witnesses and let not the enmity and hatred of others make you avoid justice. Be just: that is nearer to piety, and fear Allāh. Verily, Allāh is Well-Acquainted with what you do.[28]

In this case, it is clear that the non-Islamic non-State production house is seeking attention and will be psycho-happy with every hit on its dreadful video. This, in-turn, will urge them to make more of such content defaming; Islām, Muslims and other victims of its atrocities. Unfortunately, many are knowingly or unknowingly complicit in aiding them by spreading such material, including media outlets such as the Daily Mail. We have to be careful of the sensitivity of the victims and their families and console them in these distressing times.

In such effort Turkey is reported to have temporarily blocked certain social media sites. [29] Social Media users and moderators should be vigilant against graphic material containing these crimes and should respectively report and remove such content.

Though burning alive of the Turkish soldiers is horrific and heart-wrenching, it is noteworthy that this is not something new for Turkish blood. During the liberation of Islambul (formerly Constantinople, now Istanbul) from the tyranny of the Byzantine Emperor Constantine XI by the Ottoman Soldiers under the command of the famous Sultan Muhammad al-Fatih II, Emperor Constantine’s coalition forces are reported to have poured boiling oil and water over the soldiers who were scaling the walls of the fortifications. For them, victory was not too far away, and tawfiq from Allāh (subḥānahu wa taʿālā) firstly and then their patience and perseverance caused them to be victorious. Similarly, the news from the Presidency of the Republic of Turkey that the operation in al-Bab is close to completion, [30] thus liberating them from the vicious bellicosity of ISIS, may be a slight salve for the families of those martyred soldiers and the rest of the world that watched helplessly in horror.

May Allāh (subḥānahu wa taʿālā) assist all those who are assisting the oppressed, grant them victory in this world and the next, and foil the plot of those who plot against the oppressed people.

And (remember) when the disbelievers plotted against you (O Muhammad (sall Allāhu ʿalayhi wa sallam)) to imprison you, or to kill you, or to get you out (from your home, i.e. Makkah); they were plotting and Allāh too was planning, and Allāh is the Best of the planners. [31]

We too rest all our matters with Allāh (subḥānahu wa taʿālā).