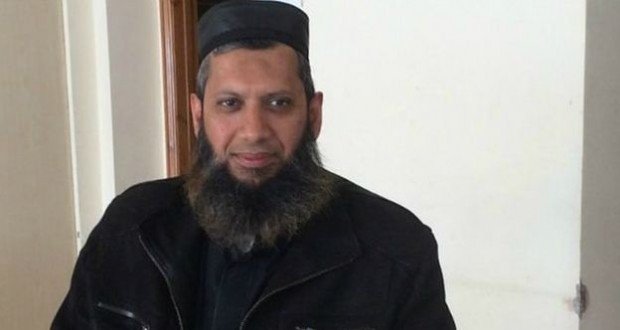 Editors Note; If you are an Imam or Scholar and would like to add your name to the statement of support please leave a comment below

All praises be to Allāh and may peace and blessings be upon our Prophet Muhammad peace be upon him.

On Wednesday 20th April 2016, the British Prime Minister stood behind the despatch box to take PMQs (Prime Minister’s Questions) as he does every Wednesday lunch time. During an uneventful session, he was asked a question by fellow Tory Chris Pincher concerning ‘extremism’ and why sharing platforms with ‘extremists’ is wrong. In what was likely a planted question, the Prime Minister used the opportunity to lambast Labour’s London mayoral candidate for sharing platforms with ‘extremists’. During his pre-rehearsed answer, he referred to Shaykh Suliman Gani as an example of such an extremist. He then further justified the label by claiming “this man [Shaykh Suliman] supports IS”.

Allāh commands the people of knowledge to clarify doubts and speak the truth.

“And [mention, O Muhammad], when Allāh took a covenant from those who were given the Scripture, [saying], “You must make it clear to the people and not conceal it.” But they threw it away behind their backs and exchanged it for a small price. And wretched is that which they purchased.”[1]

The Prophet (peace be upon him) also commanded us to defend the honour of fellow Muslims:

“Whoever protects the honour of his brother, Allāh will protect his face from the Fire on the Day of Resurrection.”[2]

Accordingly, We, the undersigning would like to highlight the following comments concerning these false and baseless allegations against the respected scholar Shaykh Sulaiman Gani:

I. Shaykh Sulaiman Gani has publicly, on a number of platforms condemned Just a few months ago he addressed a conference devoted to speaking about ‘The Evils of ISIS’.

Following the Prime Minister’s ill-judged remarks Shaykh Sulaiman Gani restated his position and called the PM to retract or justify his claim.

“In actual fact I have never and will never support IS/Daesh, in fact I have consistently like all mainstream Islamic scholars not only spoken out but condemned IS/Daesh for the monstrosity that they are.” (Shaykh Sulaiman Gani)

II. When contacted by the media to justify the veracity of the PM’s defamatory statement, a Downing Street spokesman said: “There is evidence of this individual making this remark.” When pushed to present the evidence, they were unable to do A further enquiry to the PM’s press office showed that Mr Cameron’s team were rapidly trying to backtrack and re-interpret what he said. The exchange went something like this.

Reporter: What evidence is there to the claim that Sulaiman Gani supports IS?

Reporter: Are they the same thing?

Spin Doctor: “I think you can have a debate about what IS means. But as you’ve just pointed out IS stands for Islamic State.”

Reporter: Does the PM have evidence that Sulaiman Gani supports IS?

Spin Doctor: “The point the PM was referring to was at events this individual has spoken up on a range of things including the formation of an Islamic state.”

This is a desperate attempt by the Prime Minister’s office to deflect the shameful “mistake” he made in accusing a prominent faith leader and public figure. It was clear that these remarks by the Prime Minister were made in a context where he was addressing the issue of violent extremism and those who are not violent but support violent extremism. Then he mentioned that “this man (Shaykh Sulaiman) supports IS”. It is farfetched in the extreme, and insulting to the public intellect to try and suggest that Mr Cameron was not referring to IS/ISIS but rather the concept of an Islamic State as a whole.

III. The attack on Shaykh Sulaiman was clearly motivated by politics. The Tories are desperate to cling onto power in London by securing another Tory mayor. As the Tory candidate is behind in the polls, they are attempting to galvanise support from sections of the public that would be fearful of having a ‘Muslim’ mayor who may be soft on ‘extremism’/terrorism. If the PM and government believe that IS are a threat, why are they alienating the very mainstream Islamic scholars that are essentially the bulwark against IS? Why is he attempting to propound the ‘them and us’ narrative? Why is he engaging in dog whistle politics in matters of national security? It is because for Cameron and his ilk, party politics trumps the interests of the people? The attacks and untruths levelled against respected scholars such as Shaykh Sulaiman Gani and many others like him do nothing but help IS to further their propaganda. His stance is entirely

IV. Shaykh Sulaiman is known as an activist as well as an Imam; he has a deep concern for issues related to justice and civil rights and he is also well respected within the Muslim community. He has taken a very firm stance on why Muslims should be involved in all aspects of civic engagement including playing a full part in the political process. Shamefully, Zac Goldsmith, as well as the PM have used him to advance their own goal. This is one of the reasons why the British community as a whole and especially the younger generation are reluctant to engage with the political system. The signal this sends to young Muslims is entirely negative and undermines the hard work of British Muslim scholars that have sought to encourage Muslims to engage.

V. Given the fact that David Cameron, the Prime Minister of Great Britain, in ‘the mother of all parliaments’ chose to speak untruths against a respected member of the community under the protection of parliamentary privilege, he has clearly forfeited his right to lead. His credibility is in tatters. If he can make such a brazen claim during PMQs, what other deceits or half-truths is he capable of? Can he be trusted to lead the British public?

VI. By lambasting Shaykh Sulaiman as an extremist and tarnishing anyone that shared a platform with him, it seems that the Tories are aiming to destabilise and divide the Muslim community and distance Muslims from being attached to their scholars and In fact, it could be argued that these baseless accusations are made in order to try and scare key figures and those who look for a career in politics in this society, from having any kind of link with Muslim scholars and Imams even if they are one of their constituents.

VII. This proves the point many Muslims and non-Muslims have been making; the government’s policy of calling conservative Muslims and orthodox Imams and scholars ‘extremist’ will lead to the criminalisation and defamation of ordinary law abiding Muslims. The terms extremist, terrorist, violent extremism and non-violent extremism amongst others are used intentionally and interchangeably by some to create a narrative that Muslims who do not assimilate to British customs are at risk of radicalisation and are a danger to society. We are calling for legal definitions for all these labels and call for accountability for any misuse of

VIII. We, the undersigned, express our full support for our honourable brother and colleague Shaykh Sulaiman Gani. We support his right to defend his name and to seek compensation for the damage that these lies have made to his reputation and the good work he is engaged in. We ask Allāh to protect him and all our scholars.

“And if you are patient and fear Allāh , their plot will not harm you at all. Indeed, Allāh is encompassing of what they do.”[3]