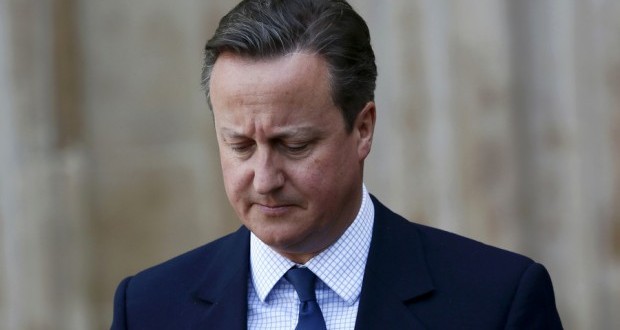 The last few days have seen a turn for the worse in the Tory campaign for London Mayor. The unsavoury tactics started quite early on when Zac Goldsmith’s campaign team started a slew of guilty-by-association arguments against Labour’s Sadiq Khan. They combed through his history and social networks for any instances where he ‘shared a platform’ with so-called ‘extremists’. A particularly embarrassing example was when Shaykh Suliman Gani—a prominent mainstream Imām in South London—was smeared by Goldsmith as “one of the most repellent people in Britain.”[1]

Shaykh Suliman Gani did not take his name being besmirched lying down; he immediately posted images of him ‘sharing a platform’ with a variety of senior Tory party members and MPs, including a picture with Zac Goldsmith himself!

Although this humiliatingly good response from Shaykh Gani was reported in many newspapers, including the Guardian,[2] unfortunately for the Tories their spin doctors did not take much heed. Now that Zac is further behind the polls than Sadiq, it seems they tried to step up the ignorant jingoism a notch to their own detriment.

Yesterday’s Prime Minister’s Questions saw a planted question from a Tory backbencher which David Cameron proceeded to hit for six—presumably as planned—but it turned out being a gigantic own goal for Zac’s campaign. David Cameron criticised Sadiq Khan’s judgement for sharing a platform with ‘extremists’ time and time again, amidst cries of racism from the opposite benches, and when asked for proof he blurted out the good name of Shaykh Suliman Gani.[3] Except, unlike the usual cries of ‘Extremist!’ we are accustomed to, this was a full-blown, pre-empted lie against the Muslim leader.

“The leader of the Labour party is saying it is disgraceful. Let me tell him, Suliman Gani – the honourable member for Tooting [Sadiq Khan] has appeared on a platform with him nine times. This man supports IS [Islamic State]. I think they are shouting down this point because they don’t want to hear the truth.”

Shaykh Suliman Gani was understandably shocked, since it is rare to hear a lie of this magnitude and audacity directly from the mouth of a head of state, let alone your own Prime Minister! Since then he has been interviewed by BBC and LBC,[4][5] clarifying his position on the so-called “IS”. He also sent us the following statement:

On 18 April 2016 Andrew Neil on the BBC’s London’s Mayor: The Big Debate stated that I am ‘a supporter of Islamic State’. Yesterday (20 April 2016) the Prime Minister in Parliament during Prime Minister’s Questions repeated this allegation when he said, ‘this man [ie, me] supports IS’.

Saying I support Islamic State is untrue and highly damaging to my reputation.

I am totally opposed to the so-called Islamic State (also known as ISIS, IS, Daesh, etc), which I view as a terrorist and inhumane organisation. Indeed, as an Imam and community leader, I have campaigned against the evils of Islamic State to my fellow Muslims, and to others in the community.

For the avoidance of any doubt, I state again that Islamic State is in no way compatible with my beliefs. I condemn IS wholeheartedly, and have done so repeatedly in public and in private since its inception.

This allegation that has been made about me is a smear on my good name. It is highly distressing to me, my family, and to those who know me.

I make this statement to set the record straight, although no doubt many people who have heard this allegation about me will continue to believe it until I either restore my reputation through the legal system or obtain an apology from Andrew Neil and the BBC.

In relation to David Cameron saying in Parliament that I support IS, I understand that he can do this despite it being untrue and at the same time avoid any legal implications by relying upon Parliamentary privilege.

This matter is now in the hands of my lawyers and I intend to take it forward through them.

David Cameron has been challenged publicly by many people—including Shaykh Gani—to repeat the accusation outside of Parliament so that he can be liable for legal action. It is understood the accusation was made under a Parliamentary privilege that prevents legal action from being taken; although that did not stop Dennis Skinner from being thrown out of the House of Commons by Speaker Jown Bercow for calling the Prime Minister “Dodgy Dave” and refusing to withdraw.[6] Incidentally, there is a twitter storm scheduled for 7pm tonight to call on #DodgyDave to apologise to the Imām.

To the shock and dismay of friends and colleagues of Zac Goldsmith, he did not take this opportunity to show some of the integrity and principle that they claim for him. Those that know him personally, from what I have read and from those I have spoken to, are quite upset that, instead of apologising for the “dog-whistle tactics” of Tory headquarters and even the party leader, he has defended the slurs against Shaykh Suliman Gani. When asked by a BBC reporter for evidence of the Shaykh’s alleged ‘extreme’ views, he kept repeating that “it was all in the public domain,” that there was “plenty of evidence out there”—somewhere—and he did not want to focus on Sadiq Khan in his campaign.[7] Too late for that NOW I suppose. Traditional Tory supporter Peter Oborne today wrote that these tactics had completely put him off the Goldsmith campaign and brought shame to the entire party, accusing it of bringing Donald Trump-style politics to the UK:

“Wild horses could not make me [vote Conservatives] now. Goldsmith’s campaign for mayor has become the most repulsive I have ever seen as a political reporter.”[8]

Perhaps the most outrageous blunder in this saga has been the attempted justification of David Cameron’s words by his official spokeswoman. This really does remind us of the ancient scholarly adage, al-‘udhr aqbahu min al-dhamb: the excuse is uglier than the sin itself. When put under pressure to explain the accusation that Shaykh Suliman Gani was an “IS” supporter, three times, she effectively explained it by reinterpreting what the abbreviation ‘IS’ stands for! As the Guardian reports,

Asked for Downing Street’s evidence that Gani supports Isis, she said that “at an event previously, he called for an Islamic State. IS. Islamic State.” Pressed on whether that was the same thing, she said: “I think you can have a debate about what IS means. But as you’ve just pointed out IS stands for Islamic State.”

Asked for a third time whether the PM has evidence that Gani supports Isis, the spokeswoman said: “The point the PM was referring to was at events this individual has spoken up on a range of things including the formation of an Islamic state.” [9]

If David Cameron knew what was happening outside of his bubble of elite interests and ‘advisors’ then he would certainly regret the precarious position he has actually gotten himself into. On the one hand he has been caught out smearing the name of a mainstream Muslim Imām, arguably based on ideological, Islamophobic advisors and think-tanks that have been linked to his speeches and press releases in the past.[10] On the other hand, he has smeared effectively every practising Muslim, who, despite refuting Daesh prolifically, would like some kind of Islamic state to exist! The odds do not look good.

Cameron and his friends have used the ‘government is against Muslims’ grievance narratives as indicators of so-called ‘radicalisation’ for years. But with blunders like this, one cannot really blame people for thinking some people, at least, within the corridors of power are not too fond of us.