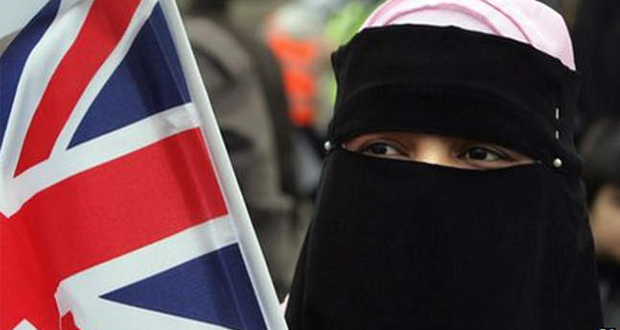 Muslims make up a quarter of humanity, possess great natural resources and can’t be avoided. But concerns around terrorism, politics and global conflicts make the relationship difficult. What really are our options?

One hundred years ago, the chances of meeting a Muslim in Britain were slim to none. Today Muslims make up almost five percent of the country. With the last decade being dominated by media reports of terrorist attacks, preemptive wars and government policies combating extremism, it is easy to understand why there is fear around Muslims and Islam.

The largest of these fears in Britain is terrorism. With the 7/7 attacks, the nation woke up to the reality that people, born and bred in this country, committed indiscriminate acts of violence. The attacks raised questions about Muslims, extremism and what to do to prevent anything like this happening again. The Labour government introduced its widely criticised counter terrorism strategy, which in recent years has further degenerated, in favour of a more hard-line and exclusionary strategy by the Conservatives.

The strategy has four areas of focus: Prevent, Pursue, Protect and Prepare. Actions have been taken in each area but the focus has mostly been on Prevent. The strategy is based on the so-called “conveyor belt” theory of radicalisation. Developed inside neo-con think tanks in the US, it contends that individuals start off disillusioned and angry, gradually become more religious and politicised, and then turn to violence and terror.

The Prime Minister summed it up in his speech on security in Munich in 2011:

“As evidence emerges about … those convicted of terrorist offences, it is clear that many of them were initially influenced by what some have called ‘non-violent extremists’, and they then took those radical beliefs to the next level by embracing violence.”

But this isn’t the case. In July 2010, a leaked memo prepared by officials for coalition ministers on the cabinet’s Home Affairs Subcommittee concluded that it was wrong “to regard radicalisation in this country as a linear ‘conveyor belt’ moving from grievance, through radicalisation, to violence … This thesis seems to both misread the radicalisation process and to give undue weight to ideological factors.”

Then there is the 2008 study by MI5’s Behavioural Science Unit. It emphasised that the several hundred terrorists it analysed “had taken strikingly different journeys to violent extremist activity” and few had followed “a typical pathway to violent extremism.”

So what if the conveyor belt theory is incorrect? The issue is that policies such as Prevent actually lead to disengagement from the communities we need the most. It also opens up a Pandora’s Box about what beliefs, opinions and thoughts are ‘acceptable’ by the state. Although “Cardinal Cameron” does have a ring to it, dictating what people of faith should believe and practice, within the law, would be seen by many as trying to limit religious freedoms.

But maybe it is just the government’s way of promoting a brand of Islam which is against terrorism. The real question isn’t what brand is best, but: what actually is normative Islam? Muslims are as diverse as they come but they do share common beliefs, values, morals and practices on which there is complete consensus, whether you’re from Iraq, India or Islington.

Normative Islam is actually one of the answers to violent extremism, as the evidence, scholars and the influential actually warn against committing acts of terrorism. Even concepts perceived as incompatible with British values have a peaceful place in our society. The results of a Gallup poll, entitled “What the Muslim World Really Thinks,” paints a clearer picture of the relationship between terrorism and normative Islam. Over 50,000 Muslims from around the world were interviewed, and it was found that over 93% were against “terrorism” and the majority of the remaining 7% were notably motivated by politics, not religion.

We now live in a world which is connected in an unimaginable way. The advancements in communication and technology have made the world a smaller place. This, coupled with globalisation, has meant that what happens in the world now has a greater impact on our daily lives. With this in mind, we need to take a serious look at our policies aimed at countering so-called “extremism”, as the impact on the UK could be catastrophic.

If the government insists on forcing its brand of Islam, excluding normative Islam, and introducing legislation against religious freedoms, then the country’s global perception will be greatly affected. This will have a direct impact on the following areas:

One example of Muslim investment is the small but richest Gulf nation of Qatar. So far, Qatari investments in the UK have reached $34 billion, including stakes in grocery chain Sainsbury’s, BAA (British Airports Authority), London Stock Exchange, Barclays, the US Embassy building in Grosvenor Square and the Shard of Glass development, which is Europe’s tallest building.

There are also plans for a further $15-23 billion worth of investment in the coming years, bringing the total investment to nearly $57 billion. This was reported in an interview with outgoing British ambassador to Qatar, Michael O’Neill.

What would happen to these investments if the Qataris perceived Britain to be hostile to Muslims and Islam?

Earlier this year, figures from the Office of National Statistics showed that the UK was now exporting more outside the EU than within it. A huge amount of our exports go to the Muslim world. British Exports to Qatar increased by 16% in just one year. What would be the impact of 1.5 billion people boycotting British goods and services, like was done to Denmark? 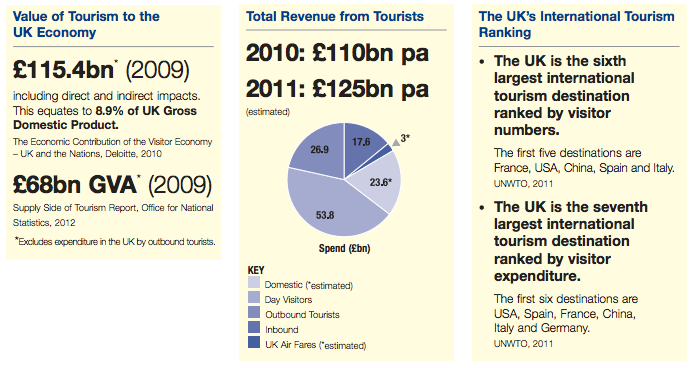 The number of applications by Qataris seeking UK visas increased from 17,000 in 2010 to 34,000 in 2012. That is double in one year. What would be the impact on tourism if government policies alienated Muslims? 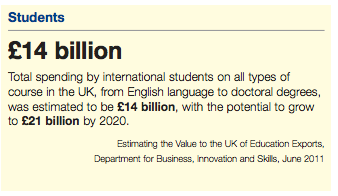 The contribution that foreign students make to the UK economy is in the order of tens of billions of pounds. What would be the impact if Muslim students perceived the UK to be a difficult place to practice their religion? What about if non-Muslim foreign students saw the UK as a place where non-violent opinions and thoughts are outlawed under the pretext of “extremism” and “national security”?

It is not only Muslims across the world who are benefitting the UK. British Muslims are making an invaluable contribution, too. The most common surname of doctors in the UK is now Khan—a Muslim name. This should not be surprising considering the significant number of Muslim doctors serving in the NHS. In fact, 40% of medical and dental staff working in the NHS are from ethnic minority backgrounds, a large number of whom are Muslims. What would happen to our health service without all of these Muslims?

The UK economy as a whole receives more than £31 billion from British Muslims. When it comes to businesses, a staggering 33% of small and medium enterprises in London are Muslim-owned. The wide array of restaurants in the UK demonstrate how Muslims are boosting the economy, with over a third of British Muslim men working in the restaurant, hotel and distribution industry. As Muslims don’t drink, not only are they less likely to be involved in alcohol-related crimes, but are also more able to help in transport, with almost a tenth of Muslim men working as a taxi driver, cab driver or chauffeur. What would be the impact on the Britain economy without the contribution of these Muslims?

Due to their religious beliefs, Muslims are highly charitable. In fact, recent research found that Muslims are Britain’s most generous givers, ahead of all religious groups that donate to charity. The charitable nature of Muslims is seen, not only in the amount of money they donate, but also in the number of charities they set up, with there now being 1,373 Muslim charities on the Central Register of Charities.

Muslims are also enriching sports. Mohamed “Mo” Farah, a track and field athlete, is the current 10,000-metre and 5,000-metre Olympic, World and European champion. He was the first ever British man to win the European gold medal for 10,000 metres. In addition, Amir Khan is the youngest British Olympic boxing medallist, as well as one of the youngest British boxing world champions ever. Muslims are benefitting football, with England’s top football division now featuring 40 Muslim players, including Raheem Sterling, Samir Nasri and Yaya Toure. What would be the impact on British sports without the benefit of these Muslims?

The “extremists” on all sides would have us believe that there is no solution and that a clash of civilisations is inevitable. This is incorrect, but our options are limited. The only viable solution is peaceful coexistence and cooperation. People should not be discouraged from demonising Muslims and Islam out of fear of economic and social repercussions, but because there is no credible evidence to justify the demonisation in the first place.

Our recent history has been one of tolerance, and this should be extended to all communities in policies and laws, including those that we fear. A positive relationship and attitude towards Muslims and normative Islam will only lead to financial benefits, access to natural resources and a perception of Britain being truly great.

Mohammad is currently Head of Community Development at the Islamic Education & Research Academy (iERA). He is also a specialist in effectivity and performance management and provides training in those fields. He galvanised his experience at Xerox and the AlMaghrib Institute (not to mention his Qur’an classes for children).