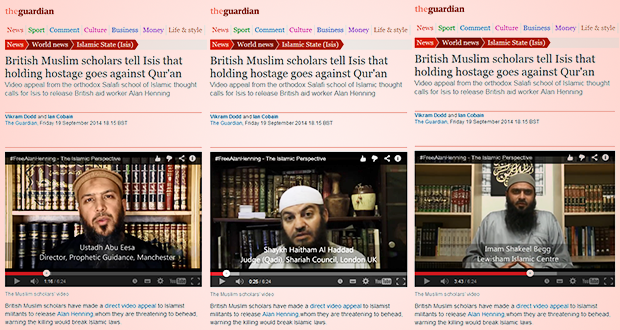 The following video is the result of discussions amongst the people of knowledge in the UK and abroad.

The full video containing detailed scholarly explanations will be published soon, but due to the urgency of the situation – this abridged version has been released to clarify the issue for those in any doubt, and in the hope that it contributes to the discussion around releasing Alan Henning.

This message has been reported in The Guardian, The Independent, The Telegraph, Sky News,  ITV News,  Daily Mail, BBC News