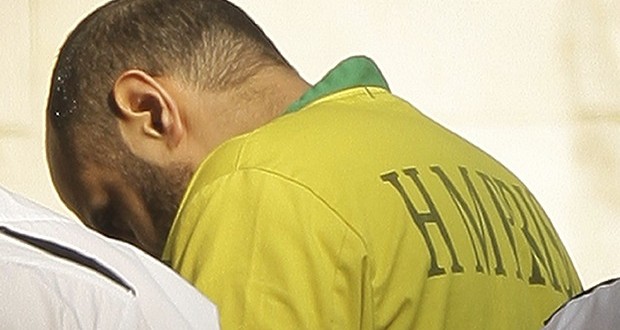 My Son Is Not a Terrorist But He Was Terrorised

This week marked the 11th anniversary of the day that changed our lives forever. On 2 December 2003, my son Babar Ahmad was accused by the Metropolitan Police of being an al-Qaeda terrorist, an allegation made after officers brutally assaulted him and mocked his religion. It took over five years before the Commissioner for the Metropolitan Police admitted in the High Court that his officers had abused Babar exactly as he claimed, although the officers were later acquitted of the assault. Babar was released without charge after six days when the CPS concluded there was insufficient evidence to prosecute him for any offence. Nevertheless, his ordeal continued, for to even be suspected of terrorism warrants a life sentence. In August 2004, Babar was arrested and detained under an extradition warrant from the US based on the same material that had been dismissed by the CPS.

That marked the beginning of an epic battle against extradition. Over eight years of tireless campaigning and litigation from his prison cell made Babar a household name, yet he was still extradited to the US on 5 October 2012. Many remember that dark, rainy night when the planes departed and he was taken away from his family, his home and his country. Upon arrival, Babar was almost immediately placed in almost 24 hour solitary confinement, conditions which he endured for the next 18 months.

On 19 July 2014, in the District Court of Connecticut, Judge Janet Hall sat to decide on Babar’s sentence after he entered a guilty plea. My wife and I were present at an unusually packed courtroom. We were surprised to learn that Babar’s supporters consisted of friends and families of Babar’s legal team, some of whom had even taken days off work to come and be there for Babar on that critical day. When you go through a hardship, some friends become distant acquaintances and some acquaintances become family.

As the judge ploughed through the evidence, our anxiety turned to joy as she identified the core issues through the fog of hateful propaganda that had been spun for over a decade. Despite his guilty plea, Judge Hall made a number of remarkable findings that were glossed over and ignored by the media at the time. These included that:

On the contrary, the Judge found that Babar generously gave his time to other people to help them become better. “Indeed you succeeded because they did become better. They became very productive, successful members of British society.”

Despite such incredible findings, she nevertheless passed a sentence of 12.5 years on the basis that he had entered a guilty plea. The sentence was half of the 25 year sentence the US government were demanding. As soon as we understood the sentence which meant that Babar could be home within a year or so, we began to weep and made repeated thanks to God. Even the lawyers had tears in their eyes as the light at the end of the tunnel was shining a little brighter. The first rays of dawn were finally becoming visible to us after the long dark night.

Although Babar remains in prison, he will be home soon, much sooner than anyone ever expected. More importantly, despite the conviction, the accusations of terrorism for which he has suffered physically and psychologically for over a decade were rendered into dust by the judge who examined all the evidence in the case. I feel vindicated by her words for I know my son is not a terrorist. The same cannot be said for the officers who assaulted him on 2 December 2003. They may not be “terrorists” but they certainly terrorised an innocent man.

Previous: Verdict concerning coalition against “ISIS”
Next: Nine Steps to Jackassing a Nation