Nine Steps to Jackassing a Nation 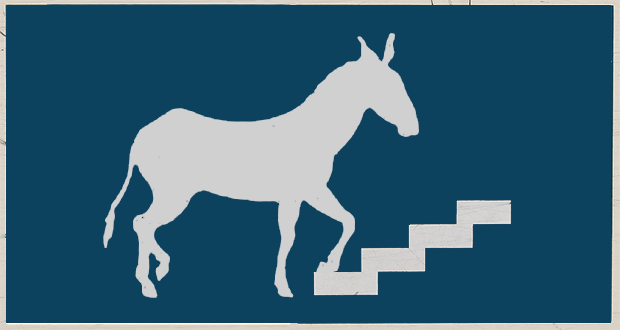 Weather reports are indicating that the Sahara desert is being turned into a huge ice rink. Reports suggest that it has frozen over due to the huge air waves generated by the flock of flying monkeys that have been commuting east for the winter. This has coincided with the announcement that Egyptian deposed dictator, murderer, embezzler and puppet, Hosni Mubarak has been pronounced innocent after a long, drawn-out trial in Egypt. He and his cronies were being trialled for murder and embezzlement charges, however it appears Mubarak was unable to demonstrate that he had met the sufficient kill count to be sentenced. The integrity of these courts cannot be questioned for two reasons. The first is the decisive nature in which over 500 Egyptian protestors were sentenced to death in less than a few days trial and the second is because Sisi’s guns will hunt you down and lock you up if you do. Well, it seems that Sisi has set a precedent for Jackassing the nation. Dictators across the world have watched in awe as he has risen to prominence amongst the elite of dictators. In order to make things easier for the likes of Haftar and other would-be dictators, we have put together a list of the nine steps needed to bamboozle a nation:

Things you should do:

Nothing stops or starts an angry revolt like a nation starved to the point of wasting away. The trick, which innocent Mubarak was an expert at, was striking a balance between starving and working. Completely starved with no prospects leads to angry revolts. Semi-starved with a pittance of a salary keeps your population just below the revolution line.

You cannot have protestors without lights. They need power and electricity for social media: the scourge of free speech and organised opposition. The key here is either have an on and off button to punish the population as you see fit, or better still, spend the best part of 40 years neglecting your country’s infrastructure.

Nothing distracts young people more than sex. You have a media machine that is hungry and eager to sell its soul to the devil. All you have to do is direct it to the right channels. Show those glossy rich people fornicating without a care, demonstrate that it is a social norm to have a girlfriend or boyfriend and before you know it you will have a nation of sex-crazed, wasted youth. The best part is that they think they are immensely enlightened because of their progressive views. Never mind that one of the biggest causes of social unrest in the western world is the inability of western people to abstain from sex. It is not like it causes a ridiculous amount of single parent families that have a tendency to resort to crime or social benefits. Never mind the callous break up of families and the unrealistic expectations that are caused by a pornographic industry worth billions of dollars. Keep your mind on the target. Do not let that conscience get in the way.

Fairly standard procedure really. Pharaoh did it and you are basically his distant relative. You guys are kindred spirits and God willing you’ll end up in the same place after you die.

Also fairly standard procedure. Beware of your prisons becoming overcrowded. Resort to Step 4 if that happens.

6. Give lots of airtime to random crazy’s on TV to distract the nation

There is nothing that attracts social masses like a deranged celebrity telling people she feels like some KFC on a reality TV that searches for the next big Fitna for the world. Equally, a deranged “political commentator” who equates himself on par with leaders of the western world is also a big ticket. Do not forget your ignorant woman who is given far too much air time to express her broken English messages to Obama.

7. Breed your own Islamic scholars

Religion is sacred. People love that stuff. If you do not fill the gap you created when you imprisoned/bought/exiled every real Islamic scholar, the people might start looking abroad for other legitimate Islamic scholars. Even worse, they might start educating themselves. No no no, breed your own scholar. Whether he is going to justify the killing of hundreds of people or just pump up your army, nothing beats a power by the hour “scholar.” Even better, find a deranged lunatic and give him lots of airtime to make up his own Tafsīr and Islamic history. Ignorance is Iblīs

We are not going to even pretend that we came up with this one. The war on terror is the most well-defined package of discrimination and random oppression available on the market today. Just point and shout “terrorist!” If you need a helping hand, his Master Netanyahu is just next door. No one knows how to illegally kill people and destroy houses in the name of terrorist better than he does. NB: You should really establish your BFF status with him soon. Maybe offer to send some troops into Gaza to kill some Muslims…or something.

Woah woah woah, hold your horses here. Economic stability? Why would that help? You mean people are more likely not to revolt if I am fair and just and the country appears to move in the right direction? But how will you get loaded and drunk on power? How will you look Benjamin Netanyhu in the eye if you have not done your best to stomp on Islām when you see him in the bowling alley at the next Palestinian peace negotiation? Avoid at all costs.

This article has been written in scorn and disbelief at the happenings in Egypt. Deliberate over the following Ayāt. Allāh said:

“And Pharoah said: Let me alone that I may slay Mūsa and let him call upon his Lord; surely I fear that he will change your religion or that he will make mischief to appear in the land.”[1]

“And when it is said to them, Do not make mischief in the land, they say: We are but peace-makers. Now surely they themselves are the mischief makers, but they do not perceive.”[2]