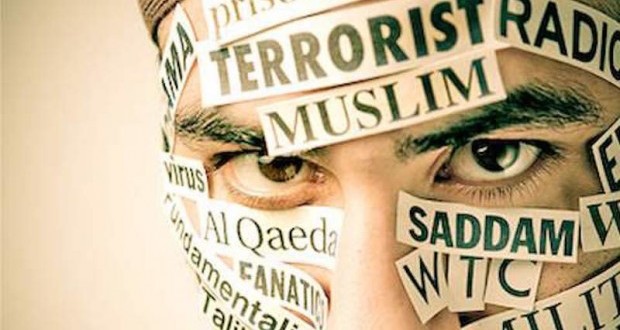 PREVENT is dying. We have reached a stage where there is widespread agreement that there are systemic problems with PREVENT. Its decline is to the extent that beneficiaries and proponents of the strategy acknowledge the need to change it.[1] It has taken us as a society almost ten years to get here, but at least we have got there.

However, the struggle is not yet over. With the landscape changing, there has been a shift in the discussion to reform PREVENT. You may have come across these conversations in your local community or read about them in your newspaper. It may have come in the guise of “we need the right type of people to help implement PREVENT”, “we can have a community grounded PREVENT” or “a human rights compliant PREVENT.”

This idea of reform is as dangerous as the current strategy itself. It plays into the current narratives that there is an inherent problem with Muslims and by extension Islam. This thinking is a slippery slope which will lead us back to PREVENT in its current guise. Let us cast our minds back to when PREVENT was initially introduced in 2007. The initial inception of PREVENT was probably the “better” version which the people who call for reform would want it to be.

Under the old version, particular “mainstream” Muslim groups were heavily funded to implement the strategy. There was engagement from a diverse range of theological backgrounds who received large government grants. This was a “community grounded” implementation of PREVENT.

What this led to was the good Muslim/bad Muslim paradigm. This is the idea that certain organisations would be able to define and inform the government of who fell within orthodox Islam. In reality what happened is that the government engaged with the ideological persuasion which upheld the narrative most supportive of the government of the day. The government sought to “reconcile” Islam within the framework of Western liberal norms. These “mainstream” Muslim groups thought they were influencing the government; rather it was the other way around. Once the government changed, these groups no longer had a seat at the table.

What this in effect means is the government can pick their version of Islam to endorse. It results in them being given the power to play the role of a scholar and theologian. The government will then be able to mould Islam in a manner which supports the status quo.

It is with this analysis in mind that the position taken by some Muslims organisations to have a “grassroots-led PREVENT” is problematic and disheartening to say the least. Dare I say, it also shows a level of political naivety on their part. We hear some suggest there is a need for some kind of response to the supposed “challenge” of terrorism, citing the phenomenon of some Muslims going to Syria.

This proclamation for another version of PREVENT reinforces the idea that something called “radicalisation” is an inherent problem within the Muslim community and has had the unintentional consequence of playing into the government narrative. It is estimated that almost 900 people have travelled to Iraq or Syria from the United Kingdom. Of these 900 people, it is unknown how many engaged in acts of illegality. I proffer this question to the proponents of a reformed version of PREVENT: do the acts of an extremely small minority within the Muslim community necessitate the need for this type of programme? Or is the issue so minuscule that a widespread strategy affecting millions is not needed?

What we have to realise is PREVENT is not about violence, it never has been. If it was about violence, then how come there was no PREVENT during the “Troubles”? The Irish Republican Army had a far higher hit rate in the United Kingdom than any of the groups which the government calls “terrorist” today.

Rather, there is something more pernicious to this whole idea of counter “extremism”. It is about ideas. It is about the Muslim identity and where we see ourselves in the UK and the world. The reason why there was no PREVENT type strategy during the “Troubles” was because the underlying ideas espoused by those party to the conflict was one of nationalism. The non-violent Social and Democratic Labour Party shared the same nationalist ideology as the IRA. Likewise, the non-violent unionist parties shared a similar loyalist ideology with loyalist “terrorist” organisations. The British government did not have a loathing of nationalist or loyalist ideologies, the target of its consternation was the technique used to further the loyalist or republican cause.

Post 9/11, the government is not only concerned with the techniques used by groups who engage in politically motivated violence but their professed ideology. Countering “extremism” is not about stopping violence. One could argue that it is more about enfeebling Islam as a religion. It attempts to “reconcile” Islam within the framework of the West and repackage it to suit the status quo. It is an attempt to take our agency away when it concerns our religion and our place in the world. Some organisations have keeled under the pressure to conform to the narrative of the needs to combat “radicalisation” and have played into the binary of good Muslim, bad Muslim.

A by product of some Muslims’ acquiescence is that any criticism about the discriminatory nature of PREVENT and its targeting of Muslims will fall on deaf ears. If these proposals to replace PREVENT are accepted, the government can legitimately say they have the buy-in of mosques, community groups and organisations that helped develop and implement this new PREVENT.

We need to ensure that any other version of PREVENT put forth is rejected. We need to call these new initiatives for what they are, PREVENT in another guise. The battle against PREVENT must continue because it is based on flawed theories of what cause political violence and is fundamentally counterproductive.