Pulwama: the most important question no one is asking 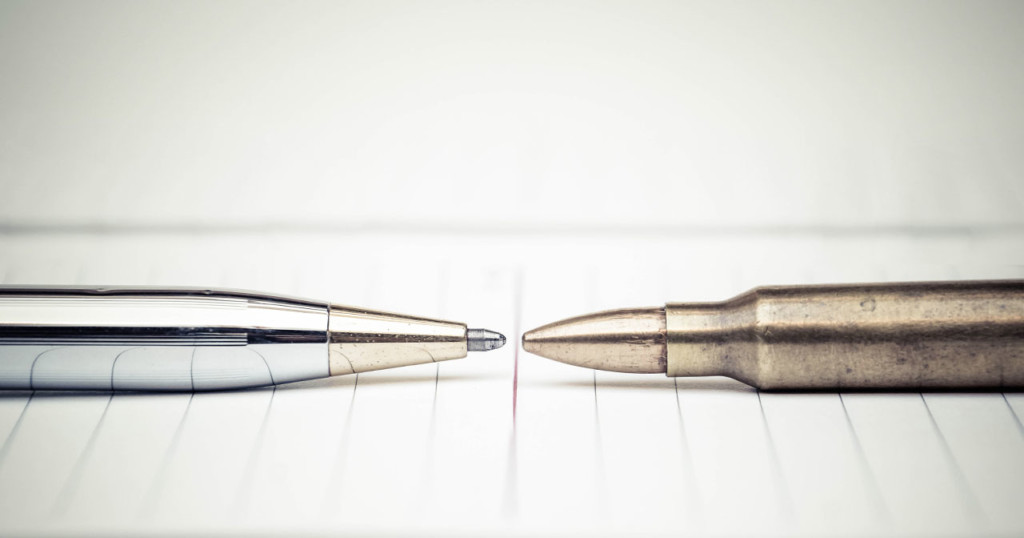 A suicide attack, in the northern Indian state of Kashmir, claimed the lives of 40 Indian soldiers on the 14th of February 2019. The attacker allegedly belonged to the Jaish-e-Mohammad (JeM) militant group which claimed responsibility for the attack. The attack was carried out by ramming a car filled with explosives into a truck, which was part of a convoy, carrying soldiers belonging to the CRPF (Central Reserve Police Force), which is a federal paramilitary force operating in Kashmir.

This attack, which is being described as the worst terror attack against security personnel, has made headlines all around the world, caused a diplomatic standoff between India and Pakistan.[1] There is one important question, however, that is rarely given attention.

Why are young Kashmiri men turning to militancy?

It has often been observed that Kashmiris turning to militancy are usually young, well-educated and originate from middle class families. Adil Ahmed Dar, the one responsible for the attack in Pulwama, was all but 22 years old. He was described as a “religious person who would help his mother with day-to-day work”. He was also described as a “staunch supporter” of the Indian cricket team, especially in those clashes with arch rivals Pakistan.[2]

Mannan Wani was a PhD research scholar at Aligarh Muslim University (AMU), pursuing his research in Applied Geology. His peers touted him to become part of the prestigious Indian Administrative Services (IAS). But by early 2018, he exchanged the pen for the gun and became a part of the Hizbul Mujahideen.[3]

Such examples are neither new nor scarce in the militancy movements within Kashmir. So, why do so many young and well-educated Kashmiris turn to militancy? This question is one that rarely makes a presence in the national discourse regarding Kashmir because most know the answer would entail raking up some ugly truths, which are considered blasphemous, about the army and the special powers granted to it by the government. However there have been voices like that of Arundathi Roy,[4] Ram Guha,[5] and other journalists and intellectuals who have singularly adopted this line of questioning while bravely withstanding the backlash from the general public and sometimes even from the government.

Kashmir is the most militarised zone in the world, with a troop deployment count standing at 600,000 armed personnel at a ratio of 1 soldier for every 20 civilians.[6] If the thick troop deployment within civilian areas wasn’t suffocating enough already, there are laws like the AFSPA which increase the suffocation even further. The Armed Forces Special Powers Act (AFSPA) as the name suggests gives the armed forces special powers in “disturbed areas”, such as to arrest without a warrant, to enter and search any premise, legal immunity for the armed forces acting under this law, and more.[7] With regards to Jammu and Kashmir, this act was enacted in the year 1990 and has been in place ever since.

This strong militarisation of Kashmir has been one of the strongest reasons for the steady stream of well-educated young men filing up the ranks of militant groups in Kashmir. The thought that people can be controlled by force and by laws such as the AFSPA is one that requires urgent rethinking. In early 2012, the U.N. Special Rapporteur on Extrajudicial, Summary or Arbitrary Executions, Christof Heyns, had this to say regarding the AFSPA:

“I have heard extensive evidence of action taken under this law that resulted in innocent lives being lost, in Jammu and Kashmir and in Assam, where witnesses from neighbouring states also assembled. This law was described to me as ‘hated’ and a member of a State Human Rights Commission called it ‘draconian’.”[8]

India’s version, no matter who has been in government, has always been to lay the blame on the Kashmiris for the overwhelming presence of the armed forces within the state. Under Modi, this hasn’t changed. One of the senior leaders from the BJP, Vinay Sahasrabuddhe, termed the troubles faced by Kashmiris as “self-inflicted”. Ram Guha, noted historian, included a response to this remark in his article ‘Too many mistakes’, in which he said

“There have been many stupid statements made about Kashmir and Kashmiris over the years, but this one surely takes the cake. The illegal arrest and detention of Sheikh Abdullah, his replacement by the corrupt and cronyist Bakshi Ghulam Mohammad, the rigging of successive elections, the whittling down of Article 370, the periodic threats that this article of the Constitution will be removed altogether and the Valley invaded with settlers à la Palestine and Tibet, the overbearing presence of the army over the past two and a half decades, the deaths of innocents in police and army firing, the incidents of rape and torture committed by the Indian paramilitary forces and army that have gone unpunished – which of these wounds does Sahasrabuddhe think is “self-inflicted”?”

Coming back to Pulwama, the father of Adil Ahmed Dar, had this to say as to why his son chose to join the ranks of the militants:

“They were stopped by the troops and beaten up and harassed. Since then, he wanted to join the militants.”[9]

It is hard not to sympathise with the armed forces as well. They aren’t there by choice rather forcibly placed there by those in Delhi, by those who benefit from the status-quo. Though the politicians sitting far away from the valley blunder repeatedly on various issues, the army doesn’t have this luxury. Mistakes happen everywhere, but the mistakes that get highlighted, the mistakes that evoke the most negative of emotional responses, mistakes that lead to clashes, stone-pelting and protests against the army, are the ones in which civilians are involved. Perfection is nobody’s trait, not even in the army, no matter their training. But when the casualties and victims of the mistakes are innocent civilians, the one wielding the gun is where the fingers start to point.

The conversation in the media for the last five years has, largely, been one of pro-government exaggerated nationalism and self-righteous rhetoric. And when the Pulwama attack happened this only became worse. News anchors, on their primetime shows, started beating their imaginary drums of war, calling for revenge, even before the nation could get a grasp of the situation that had occurred at Pulwama. Generals in the army would have been proud had this been the reaction of their men. But alas, they were cheap imitators trying to earn a livelihood using the blood of the country’s martyrs. They were selling and the people were buying.

Even the Governor, of the north-eastern state of Meghalaya, who is the constitutionally appointed representative of the President of India for the state, decided to pour fuel over the raging inferno, when he tweeted calling for a boycott of Kashmiri traders and to isolate Kashmir from the rest of India. He even called on the pilgrims to Amarnath (a shrine in Kashmir) not to make the pilgrimage for the next two years.[10]

All this had an immediate effect on the ground. Kashmiri students, traders and workers living in different parts of India become the target of hyper-nationalistic mobs. Kashmiri students in Dehradun were beaten up by mobs while others living in Haryana were evicted by their landlords. It has been reported that around 800 students had to flee back to Kashmir due to the harassment faced. Even a senior faculty member from one of the colleges was dismissed from his post on account of his Kashmiri origin.[11]

Yes, the attacker at Pulwama, Adil Ahmed Dar was indeed a Kashmiri. However, those who were harassed, attacked and beaten were the ones who had chosen to be peaceful, to seek out a living, an education, instead of answering the call of the militants. If only the right wingers had shown such bravado and signed up for the army instead of beating up the few Kashmiris who dared to venture out of their chaotic homeland.

While the right wingers were displaying their brawn on the streets, many Indians came to the rescue, opened up their homes and granted refuge to the many Kashmiris who were being harassed. While many Indians offered help and assistance, the actions of the members from the Sikh community deserve special mention. Khalsa Aid, a UK-based non-profit organisation, sheltered the Kashmiris in their temples and even provided assistance for their journey back home to Kashmir. In return for their timely help, Kashmiris began to show their gratitude by offering the Sikh community, a minority within Kashmir, free medical and legal help whenever need, traders offered discounts and other freebies. From the death of the forty soldiers to the harassment of Kashmiris, this was perhaps the only silver lining in the whole story.[12]

[7] The supreme court of India in a landmark judgment struck down the provision of legal immunity in the year 2016, but the traces it leaves behind since its enactment in 1990 is one that still requires much healing.