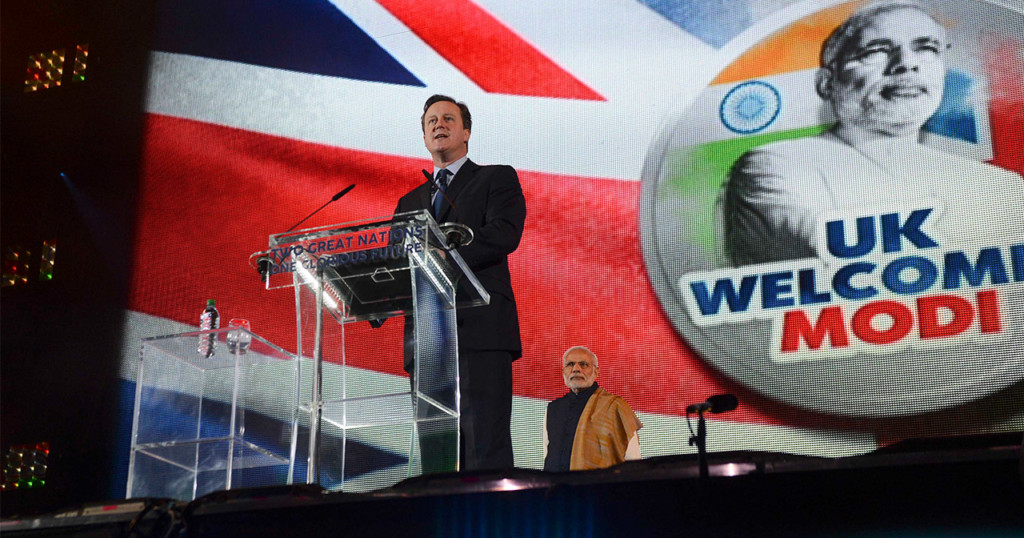 Donald Trump made his first official visit to the UK amidst huge protests in London and in other cities across the UK. He is, perhaps, the least popular US president visiting the UK after only one year into his term in office. As per the ratings released by YouGov, 67 percent of Britons rated him as a poor or terrible president.

The protests are surrounding his highly controversial Muslim travel ban; his policies on immigration which involves separation of children from their parents; his attitude towards women, and many others. Asad Rehman, from the Stop Trump Coalition, was quoted on CNBC as saying

“People are coming out to reject the politics of bigotry and hatred, the Muslim ban, (Trump’s) war on migrants, normalization of violence against women, but they’re also coming out because they disagree with his attacks on the poor, on his economic policies, on his pulling back from human rights, on his planet-wrecking policies.”

The Stop Trump Coalition says that more than 250,000 people took part in the protests in Central London alone, describing it as “one of the biggest ever seen in the capital”.

Trump, incidentally, is not the first foreign leader whose visit to the UK has sparked protests. Previously, India’s Prime Minister, Narendra Modi, who has visited the UK twice since assuming office, was also met with protests, although not quite on the same scale as those that marred President Trump’s visit.

Both leaders practice a majoritarian form of politics wherein might is right. While the racially motivated attacks against African-Americans and Muslim-Americans have sharply risen in the US since the beginning of the Trump presidency, the attacks against Muslims in India have similarly risen since Modi assumed office. Both the leaders have a penchant for commenting on everything under the sun, especially on the micro-blogging website Twitter, while at the same time being oblivious and indifferent to the attacks against minorities. Further comparisons of the two leaders reveal more similarities between them rather than any differences.

Despite the similarities in their politics, the British public showed a greater disapproval of Trump than of Modi. In fact, the Indian diaspora in the UK were largely welcoming of Prime Minister Modi,[1] especially during his first visit in 2015, despite the fact that the British government had previously banned Modi for his role – or rather the lack of it – during the Gujarat riots of 2002 while he was the Chief Minister of the state.[2] It was during these riots that there was widespread killing of nearly 1,000 Muslims, including three British nationals, over a period of three days.

The members of the Indian diaspora, while being minorities themselves in their adopted countries have largely been supportive of India’s Narendra Modi,[3] despite his government’s track record against minorities.

While the support for Modi, may have dwindled and opinion appears to be divided, especially after the horrifying incidents of rape of minors in Unnao[4] and Kathua,[5] in which BJP lawmakers defended the rapists by asking for their release from police custody, Mr. Modi still holds sway among the diaspora. For many members of the Indian diaspora, supporting Mr. Modi’s hyper-nationalistic views compensates for their hidden guilt at leaving their “motherland”. To such people, turning up at Wembley, 60,000 strong, to listen to him speak is an act of patriotism. It does not matter to them that those who question his policies back home are termed as anti-nationals, deserving to be sent to Pakistan. It does not matter to them that minorities have been lynched at the hands of firebrand Hindu nationalists motivated by statements from ministers in his cabinet or from his party.[6] [7]

Apart from cheering the speeches of Mr. Modi, the Indian diaspora plays another major role in the politics of the world’s largest democracy. The Indian diaspora in Britain and the United States makes major financial contribution for right wing groups in India, which promote Hindutva, such as the RSS (rashtriya swayamsevak sangh) and VHP (Vishwa Hindu Parishad) both of which are ideological mentors for the Prime Minister’s party, the BJP.[8]

Ramachandra Guha, a noted historian, once observed in his article in the Hindustan Times,[9]

“NRIs have helped fund the Vishwa Hindu Parishad and the Rashtriya Swayamsewak Sangh; according to one study, between 1994 and 2001, some $2.5 million were repatriated to groups associated with the RSS and the VHP.”

The VHP and RSS, apart from being the ideological mentors for the BJP, the party of the Prime Minister, also are the parent bodies for several other extreme right-wing groups who have been indicted in several cases of what is termed as ‘saffron terror’. While these organisations portray themselves to their donors and others as promoters of Indian culture, they are in reality promoters of extreme right-wing ideas. The killer of Gandhi, Nathuram Godse, was a member of the RSS and his ideals of a ‘Hindu Rashtra’ (Hindu State) form part of the frequent discourse in these organisations.

Even Hitler’s Nazi party, which may be taboo to even speak of in the West, is given an honourable mention within their literature. One such is found in the book ‘We, or our Nationhood defined’, written by Deendayal Upadhyay, one of the earliest members of the RSS. In it Upadhyay writes,

“To keep up the purity of the Race and its culture, Germany shocked the world by her purging the country of the Semitic Races—the Jews. Race pride at its highest has been manifested here. Germany has also shown how well-nigh impossible it is for Races and cultures, having differences going to the root, to be assimilated into one united whole, a good lesson for us in Hindusthan to learn and profit by.”

It is this same Deendayal Upadhyay the Prime Minister declared “a guiding force for us all”.[10]

The fact that these groups have been at the heart of several incidents of communal violence between Hindus and Muslims appears to be amiss with the diaspora. It is sheer irony that while living in multi-cultural societies they push for a fascist agenda in their motherland. As, Ram Guha observed, “The current Overseas Friends of the BJP have, inevitably but regrettably, diminished the meaning of ‘Indians’ to make it ‘Hindus’.”

[4] The Unnao rape case refers to the rape of a 17-year-old, and the accused as per the chargesheet is an MLA (Member of Legislative Assembly) belonging to the same party of the Prime Minister, the BJP

[5] The Kathua rape case refers to the abduction, gang-rape and murder of an 8-year-old, inside a temple, near kathua in the state of Jammu & Kashmir. The accused, which included a priest and four policemen out of a total of eight people, claimed their intention behind this gruesome act was to strike fear into the nomadic muslim community, to which the victim belonged, and drive them away.

[10] https://thewire.in/history/deendayal-upadhyaya-guiding-force-hindu-rashtra (just above the paragraph titled upholder of caste)