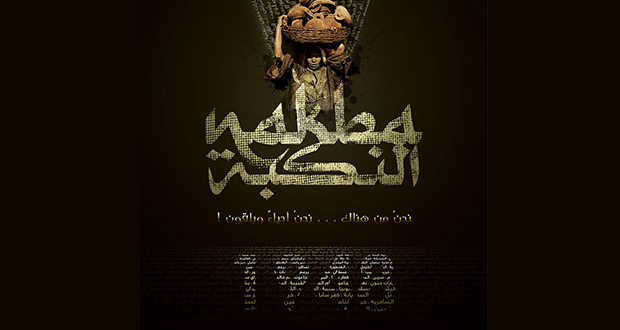 Today marks the anniversary of one of the most catastrophic events to have taken place in recent history, an event that would constitute the foundations for decades of endless bloodshed, carnage and tyranny. Today, millions of displaced Palestinians around the world will mourn the theft of their land and the ethnic cleansing of their people in the establishment of the Israeli state, the illegitimate entity that exploited the genuine suffering of the Jewish people in Europe to terrorise the inhabitants of the Middle East. 70+ years on, the plight of the Palestinian people remains as hopeless as ever suffering under military occupation, the daily humiliation of apartheid, and a devastating economic siege, resulting in an unprecedented humanitarian crisis.

This year Nakba Day coincides with another anniversary, albeit a much more joyous occasion that is admired by Muslims around the world, a moment when the Islamic connection with the blessed land of Palestine was re-established. It is an event from which we can all draw numerous lessons for the difficult times we live in today, an age in which tyranny and oppression has replaced justice and the rule of law.

On this day over 1400 years ago, the Prophet Muhammad (may Allāh’s peace and blessings be upon him) was taken by Allāh on the miraculous night journey from Mecca to Jerusalem where he led all the prophets in prayer in Masjid al-Aqsa before being flown upwards through the seven heavens for a unique assembly with his Lord. It was during this meeting that he was given the commandment to pray five times a day. This incredible journey also involved the Prophet Muhammad (may Allāh’s peace and blessing be upon him) being given a personal tour of the delights of Paradise and the dangers of Hellfire before he was taken back to Mecca on the same night. A truly magnificent journey experienced by no other human and one that is beyond the realms of our imagination.

The timing that Allāh chose to gift His beloved messenger with this amazing experience is very important. It came at the end of an incredibly difficult and testing period for the Prophet (may Allāh’s peace and blessings be upon him) during which he lost his loyal wife and supporter Khadījah and his uncle and protector Abū Tālib, leaving him without the emotional support and physical protection that he was so reliant on in carrying out the daunting task of challenging the existing social order in Mecca. It was also in this phase of his life that the Prophet (may Allāh’s peace and blessing be upon him) was chased out of the city of Tā’if with even the children of the city throwing stones at him until his sandals became drenched in his blood.

At this lowest point of his mission, feeling exhausted and humiliated, hurt and distressed, the Prophet (may Allāh’s peace and blessing be upon him) made his memorable supplication to Allāh demonstrating that he was the epitome of patience, humility and gratitude with his only concern being whether his Lord was pleased with him.

“O Allāh! Unto You do I complain of my weakness, of my helplessness and of my lowliness before men. O most Merciful of the merciful. O Lord of the weak and my Lord too. Into whose hands have you entrusted me? Unto some far off stranger who receives me with hostility? Or unto a foe whom you have empowered against me? I care not, so long as You are not angry with me. But Your favouring help, that were for me the broader way and the wider scope. I take refuge in the light of Your countenance whereby all darknesses are illuminated and all things of this world and the next are rightly ordered, lest You make descend Your anger upon me or lest Your wrath beset me. Yet it is Yours to reproach until You are well pleased. There is no power and no might except through Thee.”

As if to compensate His prophet for his suffering and to reward him for his patience, Allāh gave him ease commensurate to the suffering he had gone through. Allāh tells us that “Verily, with hardship, there is ease”, the greater the hardship, the greater the ease. For believers, no matter how difficult our life may become and regardless of the oppression that we may encounter in our efforts to propagate the teachings of Islam, we must always remember that the darkest part of the night is followed by the first rays of dawn. Maintaining our focus on our ultimate goal – the pleasure of our Creator – is the ultimate psychological tool to survive any period of hardship.

Far too often in the world of political activism, we fail to give our prayers their due importance. We tend to dismiss it as something of minor importance in the face of the slaughter of our brothers and sisters. Yet, this myopic worldview is more in line with the values of secularism than those of our religion where our ultimate goal is the ākhirah. We must always remind ourselves that victory is with Allāh and is promised to the Ummah if we are truly believers (al-Qur’an 3:139). When we see the oppression against Muslims escalating every day with victory not forthcoming, we must ask ourselves “are we truly believers?” It is only our straying from Allāh’s commands that is delaying this victory. When ‘Umar bin al-Khattab (radiyAllāhu ‘anhu) despatched the army of Sa’ad bin Abi-Waqqās (radiyAllāhu ‘anhu) to the Battle of al-Qādisiyyah, he advised him: “Fear your sins more than you fear the enemy, because your sins are more dangerous to you than your enemy. We Muslims are only victorious over our enemy because their sins outnumber ours, not for any other reason. If our sins were equal to those of our enemy, then they would defeat us due to their superior numbers and resources.” It is clear that the more we obey Allāh, the more we hasten His victory; the more we disobey Allāh the more we delay this victory.

This is not to say that we must forsake the very important political work we are doing. On the contrary, it is obligatory on us to continue it, but we must recheck our framework of reference. We need to remind ourselves of our aims, our objectives and our ultimate goal, and continue our work with these kept clearly in mind. At the same time we need to gain a steady balance. Unfortunately, a problem with many Muslims today is their inability to strike a balance. Either they are too politicised, abandoning the spiritual side of the Dīn, or they focus solely on the inward actions and development of the self, without externalising it for the benefit of humanity. What is needed is a return to the ways of those people who were warriors by day and monks by night: the Companions (may Allāh be pleased with them all) of the Prophet (may Allāh’s peace and blessings be upon him). The various revivalists the Ummah has produced over the centuries all had this hallmark of mixing spirituality and emotional strength with their struggle, for they knew that without it they could only fail, both in this world and in the Hereafter.

It is in times of difficulty that the faith of people is truly tested, a purification process whereby the cream rises to the top. After the Prophet (may Allāh’s peace and blessings be upon him) told his people that he had been to Jerusalem and back in one night, a journey that normally took one month to complete, the people began to mock and jeer him. They gathered around whistling and clapping, laughing and ridiculing him. The test was too great for some of the Muslims of the time who apostatised leaving the religion altogether. When the news was relayed to Abū Bakr (may Allāh be pleased with him) in the expectation that he too would denounce his leader, he confirmed why his faith was heavier than that of all of the believers combined. He responded, “By Allāh, if he actually said that, he has told the truth. There really is nothing to be amazed about, for he has told me that information comes to him from Allāh, from the sky to the earth, in an instant during the night or day and I believe him. And that is even more strange.” It was this response that earned him the title of “al-Siddīq (the truthful, confirmer of truth).”

In the times that we live in, with our beliefs and values constantly under attack by the press and politicians with the hope that doubts will be placed in our hearts about Islām, we should bear in mind the example of Abū Bakr. Our Prophet is not a liar and so if something can correctly be traced back to him, then it is no doubt true. We should consider these moments when our religious beliefs are ridiculed and we are pressured to distances ourselves from them as opportunities to demonstrate our faith in in the Truth, in Allāh and His Messenger and gain an immeasurable reward, seeking the pleasure of our Lord alone.

It is vital that while we mark the brutality of the nakba, we do so with an attitude of hope and faith that justice will be served and the native Palestinians will return to their land, free from oppression and tyranny. We must remember that their hardship will inevitably come to an end and be replaced with a period of ease and joy commensurate to what they have suffered. We should reflect on whether we have played our role in helping them and in liberating Masjid al-Aqsa, the only place on earth that all the prophets of Allāh that were ever sent prayed together. This cannot be achieved except with our political activities being coupled with a yearning for the pleasure of Allāh through patience and prayer.