The Resilient Rohingya: a People Greater than their Crisis 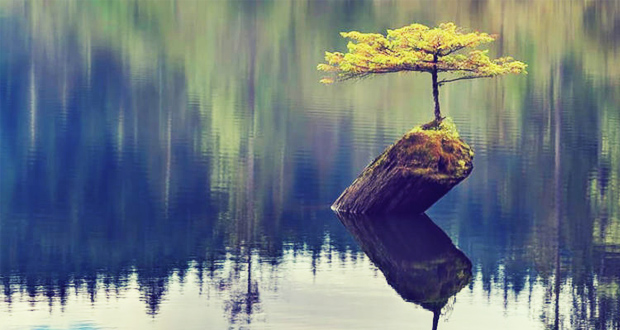 School can be boring, but learning never is. The discrepancy can exist because school is not always a place of learning, but rather one of telling; it often attempts to stimulate interest where there is none.

It may seem a self-destructive perspective for a teacher to have, but it drove me to spend my first day of my history class asking my students what they wanted to learn about in the coming year. The singular consistent point of interest across the board was ‘Myanmar’.

These are Rohingyan children, in a refugee school exclusively for them. Imagine my surprise to hear them so fondly address the country that I think of in terms of its brutal military treatment towards its Muslim population.

History is supposed to be taught from an unbiased perspective. Though that is a nice idea, personally, I never had such an experience as a student. Therefore as a teacher it is something I have had to figure out for myself. And my conclusion is that some stories do not warrant equal consideration of conflicting sides. This is one of them.

The story of Myanmar is one that, by now, we all think we have heard, and to some degree we have. In the span of only a few years, the Rohingya have become a people of global headlines, identified today by their crisis and known as “the most persecuted minority on earth”.[1] It is not a situation that should be difficult to form a judgement on, even for an individual that awaits the opinion of our morally exemplar international community, the verdict is in.

That is what the news taught me. My students taught me something else. The Rohingya are more than generations of discrimination, they are a picture of strength and character that I once only associated with the past. Our past as Muslims, where only the most pious of our ummah were tested with enduring oppression that does not come close to the realities that most of us face.

Every painstaking story that journalists have to fight to publish from Myanmar, every heart-wrenching and horrifying account of what people are capable of; all leave a lot of us with some serious questions about humanity. Questions we have already been given the answers to, as Allāh tells us:

“On no soul does Allāh place a burden greater than it can bear.”[2]

The children I teach are as young as five, and as old as seventeen. The entire school functions like a single family. Respect, sincerity and positivity are found across all age groups. Their behaviour often reminds me of the words of the Prophet (sall Allāhu ʿalayhi wa sallam) when he said, “Nothing will be placed in the Balance (on the Day of Resurrection) heavier than good conduct.”[3]

Maybe this should not have surprised me, but my experience of schools are of a socially prescribed amount of apathy and a degree of entitlement. This culture clash felt almost surreal, like a romanticised account of how societies used to be ‘back in the day’. But these kids are here today. Their people have faced systematic genocide and ethnic cleansing, and yet, they are still here. As individuals they have endured trials I prefer not to imagine. Many have had their relatives either lost to them or spread across the globe – in Myanmar, Bangladesh, Malaysia, Turkey, the USA, or wherever they may have travelled to out of necessity.

On a larger scale, it is worth remembering that our collective voices are having a very real impact. The military crackdowns are not over; the violence has not ended, but awareness cannot be overvalued. Our sadaqa is needed, our continued condemnation is a part of the solution, and our support for leaders that choose action over rhetoric must be amplified.

The teenagers I teach are not oblivious to this. Their political awareness does not just promote their sense of their Rohingyan identity, but also validates them as being a part of the wider Muslim community. They know which governments have actively supported their cause, which countries are safe for their relatives; they hear us, and it helps. The fact remains that there is always a unifying factor in facing oppression, and while this will never justify the harm, it can be where we find the motivation to keep working towards a future that sometimes seems hopeless. It is not hopeless for them, and it should not be for us.

By ‘them’, I can think only of the children that I know today, the linguists, artists, aspiring lawyers, engineers, scientists and doctors. Children that are not as concerned about barriers as they are about potential. Call it innocence, naivety, optimism, or appreciate it as imān. As Allāh says:

“[And remember] When two parties among you were about to lose courage, but Allāh was their ally; and upon Allāh the believers should rely.”[4]

Is there a crisis? Absolutely. This is not the time to forget that, and we are a long way from when that time may come. But is a ‘crisis’ all that the Rohingya are? Of course not.

I was tasked with teaching these children their history, but I had to first know it myself. The short version of what I learned is that their homeland Arakan has been a cultural melting pot for centuries, a thriving centre of trade, of grand independent kingdoms, a place where Muslims, Buddhists and Hindus have co-existed in peace and shared success for the greater part of a millennium. Still, the religious persecution against the Rohingya we see today has been far from recent, but the same goes for their strength as a people. So, for those of us who are instinctively drawn to their story as fellow Muslims, we ought to recognise that where we feel empathy, we can also find inspiration.

The Rohingya may be victims, but ultimately, they are the heroes of their own story.