How Valuable are You in the Sight of Allah? 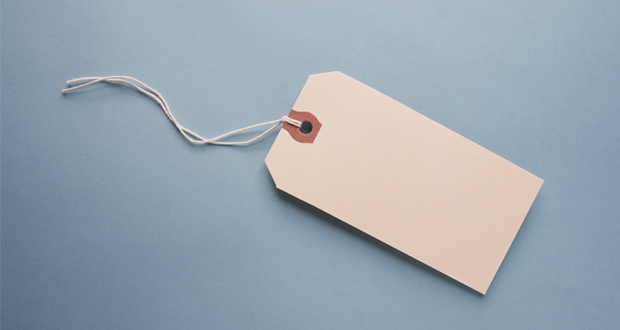 One of the most exquisite collections of Prophetic accounts in the Qur’ān occurs in ‘Maryam’, the 19th chapter and one of the earliest to be revealed to the Prophet (sall Allāhu ʿalayhi wa sallam) during the Makkan-era.

The chapter is replete with heart-wrenching accounts of the greatest of Allāh’s creation, with recurrent mention of His Mercy in a “tender and palpable way, alongside its gentle tempo in its words, expressions and shades”. Conversely, its reader senses “the shuddering and quaking of the universe impacted by the words of Shirk (idolatry) that (the readers’) natural disposition cannot endure.”[1]

Amongst other things, this chapter is characterised by its emphasis on Allāh’s inimitable Mercy, manifest in the entire universe and radiated by each verse. Thus Allāh’s name ‘al-Raḥmān‘ and His characteristic ‘Raḥma‘ occur frequently, such that the believer imparts on a journey filled with images of Allāh’s Mercy and his heart is filled with it, his hope in His Lord is magnified and he rests reassured, increasing in love and closeness to Allāh.

Mercy is one of Allāh’s (subḥānahu wa taʿālā) perfect and all-encompassing Divine Attributes and, as such, the pinnacle and most complete of humanly traits is that of sincere worship to Him. This trait is exemplified in the pure, inspirational woman ‘Maryam’; so named for having achieved that pinnacle of human excellence and servitude.[2]

Sūrah Maryam was revealed whilst the companions lived as a ‘minority’ under the authority of Quraish. Perhaps being surrounded by a tribe fixated on wealth, lineage and customs as the markers of status warranted an unambiguous definition of true ‘value’ and ‘human worth’ as encapsulated in Maryam (ʿalayha al-Salām).

What, then, is the true measurement of ‘value’ and ‘worth’?

Sūrah Maryam begins with mentioning something of Allāh’s Mercy on His slave Zakariya (ʿalayhi al-Salām) and offers a glimpse of his remarkable life, praise and virtue. Those that will be repeated and reiterated by the continuous recitation of the Qur’ān by those who recite it and heard by those who hear it,

“Remembering your Lord’s mercy to His slave Zakariya, when he called on his Lord in secret…”[3]

Then in the Qur’ān’s circular style, the chapter concludes by a corresponding mention of those of opposite virtue and circumstances, those not worth mentioning by any virtue as their pomp and name is no longer, their influence has vanished and their remnants have been buried with their death.

“How many generations We have destroyed before them! Do you see a trace of any one of them or hear even a whisper of them?”[4]

The Sūrah continues consistently eulogising their mention, their ‘Dhikr‘; that sought after, lasting reputation, with conciseness and beauty. It then moves onto his son Yaḥyā (ʿalayhi al-Salām) making mention of him and his Sīrah,

“‘Yaḥyā, take hold of the Book with vigour.’ We gave him judgement while still a child, and tenderness and purity from Us – he had Taqwa, and devotion to his parents – he was not insolent or disobedient. “[5]

Before transitioning to the mention (Dhikr) of the pillar of society, the righteous woman and remarkable mother, the female exemplary, Maryam (ʿalayhi al-Salām) and something of her extraordinary characteristics and life,

“Mention Maryam in the Book (meaning mention her virtue and her Sīrah in the glorious Qur’ān) how she withdrew from her people to an eastern place, and veiled herself from them. Then We sent Our Rūḥ to her and it took on for her the form of a handsome, well-built man.”

She then bore her son, the Word of Allāh, the mighty Prophet and Messenger, Īsā’ (ʿalayhi al-Salām). Her honour and virtue against what she had been accused of would be defended without her giving a single utterance. Thereafter mention is made of the lofty virtue of her son who would be that nation’s deliverer of Allāh’s message and the penultimate Messenger of Allāh,

“He said, ‘I am the slave of Allāh, He has given me the Book and made me a Prophet. He has made me blessed wherever I am and directed me to do Salāt and give Zakāt as long as I live…”[6]

The Sūrah then turns to mentioning the intimate friend of Allāh – an extraordinary man who was, at one point, the only Muslim in the world. We are given something of his magnificent Sīrah, his lofty virtue and earnest Daʿwah,

“And mention Ibrāhīm in the Book. He was a true man and a Prophet. Remember when he said to his father, ‘Father, why do you worship what can neither hear nor see and is not of any use to you at all?”[7]

When he parted with that company for the sake of Allāh, preferring his solitude, even if it meant he would embark on the mission of a nation all alone, Allāh made every Prophet thereafter emerge from his bloodline. Allāh then brings to light the virtue of his first his son and grandson,

“When he had separated himself from them, and what they worshipped besides Allāh, We gave him Isḥāq and Yaʿqūb, making each of them a Prophet. We endowed them with Our mercy and made them highly honoured.”[8]

Then the Sūrah expounds upon Mūsā and his brother Hārūn (ʿalayhimā al-Salām), their virtue and Sīrah. There is a specific command in this Sūrāh to ‘mention’, followed by their praise and virtue.

“Mention Mūsā in the Book. He was truly sincere and was a Messenger and a Prophet.”[9]

“Mention Ismā‘īl in the Book. He was true to his promise and was a Messenger and a Prophet. And he used to command his people to do Salāt and give Zakāh and he was pleasing to his Lord.”[10]

“Mention Idris in the Book. He was a true man and a Prophet. We raised him up to a high place.”[11]

Only thirteen individuals have now been mentioned specifically by name; twelve Prophets and a remarkable woman. Their Dhikr encompasses more than half of this great chapter.

At almost the central point of the chapter, the pivotal separation between this remarkable group from its counterpart occurs. They are the majority of humankind, those unlike the Prophets, not thirteen, but swathes of people; intellectuals; academics; directors; entrepreneurs; kings and presidents with heaving autobiographies; books; titles and countless followings. How will Allāh present their Dhikr?

“But there came after them an evil generation…”

Is that all? No names, no autobiographies, no material achievements? Nothing. They are referred to simply as ‘Khalf‘, ‘an evil following’. Not a ‘Qawm‘ (a nation), not ‘Nās‘ (a group of people), nothing of their nationality, their connections or their pomp. Billions of people are captured in a three-letter word, used not for any type of following but a denigrated, evil one: a ‘Khalf‘.

Let us look at these words carefully, ‘fakhalafa min ba’dihim khalf’, a statement, according to ibn ʿĀshūr, that despite introducing another group, could not but reminisce on the departure of the righteous.[13]

“… who neglected the Salāh and followed their appetites. So they will plunge into Hell.”[14]

Your True Value is not in Others’ Perceptions

How much we ‘value’ others never escapes the subjectivity of our perceptions and understandings. More often than not our criterion is entirely wrong.

Let us take ʿAbdullāh b. Masʿūd (raḍiy Allāhu ʿanhu). He was a slight man of short stature. On one occasion he climbed the Arāk tree. As he did so, the wind blew against him and his thin legs were exposed. On seeing this, some of the companions laughed. At this the Messenger of Allāh (sall Allāhu ʿalayhi wa sallam) asked: “Why are you laughing?” They said: “because of how thin his legs are.” The Prophet (sall Allāhu ʿalayhi wa sallam) said,

“By the one who possesses my soul, they are heavier in the scales (on the Day of Judgement) than the Mountain of Uḥud.”[15]

What made the legs they perceived thin, large and weighty in reality? Was he not a carrier of the Qur’ān? Was he not one of the four from whom the Prophet (sall Allāhu ʿalayhi wa sallam) instructed the Ummah to take the Qur’ān?[16] Did those legs not carry him to Quraish when he became the first of the Ummah to recite the Qur’ān publicly?[17]

Let us take Bilāl b. Rabāh (raḍiy Allāhu ʿanhu). He was an Abyssinian slave and the son of two slaves, bought and sold in the Bazārs of Makkah. It was many years after the advent of Islām and Bilāl’s (raḍiy Allāhu ʿanhu) conversion to Islām that the Prophet (sall Allāhu ʿalayhi wa sallam) would ask Bilāl,

“Tell me about the most hopeful act you have done since your acceptance of Islām because I heard the sound of your footsteps in front of me in Jannah.”

Bilāl said: “I do not consider any act more hopeful than that whenever I make Wudū’ (or took a bath) in an hour of night or day, I would immediately perform Salāh (prayer) for as long as was destined for me to perform.”[18]

Take the companion Zāhir b. Hirām (raḍiy Allāhu ʿanhu). Nothing is known of this companion except that he used to live in the desert, was not particularly striking and habitually brought gifts to the Prophet (sall Allāhu ʿalayhi wa sallam). On one occasion the Prophet (sall Allāhu ʿalayhi wa sallam) spotted him selling some goods in the market so he embraced him from behind, covered his eyes and said light-heartedly: “Who will buy this slave?” On realising it was the Prophet of Allāh, Zahir relaxed and said:

“Messenger of Allāh, you will find that I am unsellable,” so the Prophet (sall Allāhu ʿalayhi wa sallam) replied, “But you are not in the sight of Allah unsellable, but very valuable.”[19]

This qualification “in the Sight of Allāh” delineates frankly that no other verdict matters. If your Muslim identity and values, your hijāb and modesty, your upright conduct makes you unsellable to a blemished society, what matters is that you are valuable in the Sight of Allāh. The Prophet sala Allahu ‘alayhi wasalam says:

“It may be that one has scruffy hair and is driven away from doors (but they are so pious) that if they are to swear in the name of Allāh (that something is done), He would definitely fulfil it.”[20]

None but Allāh knows your true merit. Irrespective of your followers, your social media friendships, the likes, the shares, the bells and the whistles, irrespective of praise, criticism or perceptions. We repeat the Dhikr of those mighty men and woman in Sūrah Maryam, despite the fact that Zakariya, with whom we began our discussion, was killed, as was his son Yahya.[21] Maryam was slandered and accused, ʿĪsā (ʿalayhi al-Salām) was persecuted, Ibrāhīm was thrown into a fire and Mūsā was persecuted and disobeyed (ʿalayhim al-Salām).

Focus on your value in the Sight of Allāh, for this is what matters.

[1] Al Waseet – Tantawy. Translated to the closest meaning by the author of this article

[15] Aḥmad on the authority of ʿAbdullāh b. Masʿūd

[16] Bukhārī on the authority of ʿAbdullāh b. ʿAmr

[18] Bukhārī and Muslim on the authority of Abū Hurairah

[19] Ibn Hibban on the authority of Anas b. Malik

[20] Muslim on the authority of Abū Hurairah