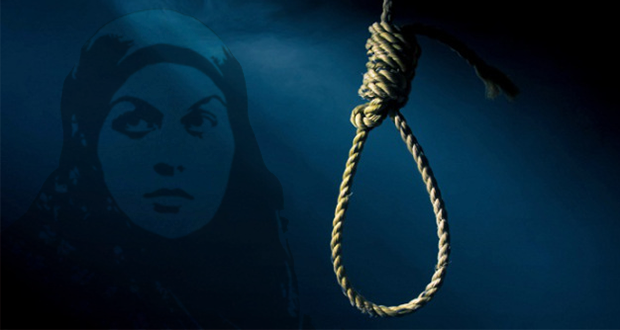 After living on death row for the last five years, Reyhaneh Jabbari, 26, was executed in Tehran on Friday 24th October 2014 by Iranian authorities, in one of the most brazen human rights violations in recent memory.

Reyhaneh Jabbari was convicted of murdering Morteza Abdolali Sarbandi in 2007, an ex-intelligence official, in self-defence after he lured her to his apartment on the pretence of work and attempted to rape her. [1] After being arrested for the murder, she was placed in solitary confinement without access to a lawyer or her family and physically and psychologically abused for a number of years by the Iranian authorities. [2] During this time, the UN and Amnesty International were made aware of her appalling treatment and found that a confession, used as the basis of her conviction and death sentence, was obtained under direct threat and torture from Iranian authorities.[3] Despite calls from the international community to postpone the court proceedings, due to serious concerns over the fairness of the trial, Jabbari was sentenced to death in 2009.

To highlight the farcical nature of the trial, Amnesty International found that Jabbari’s version of the incident was never investigated and the information taken as fact by the Iranian judicial system was deeply flawed.[4] Furthermore, it was mentioned by the UN that Jabbari pleaded with the authorities that she did not kill Sarbandi, instead she stabbed him in the shoulder with a knife to defend herself and called an ambulance before fleeing the scene.[5] In support of her claims, a medical practitioner found that a glass of juice at the scene was laced with a tranquilizer and could have been used by Sarbandi to subdue his victim.[6] On the other hand, some have stated that Jabbari confessed to buying a knife two days before the incident and claimed the murder was premeditated. However, such a claim was never substantiated and her confession as stated earlier was conducted while she was under duress and being tortured by the Iranian authorities. Additionally, a letter she wrote to her mother six months before her execution reiterated her claims that she acted in self-defence:

The following are extracts from a letter by Reyhaneh Jabbari to her mother:

During that ominous night it was I that should have been killed. My body would have been thrown in some corner of the city, and after a few days, the police would have taken you to the coroner’s office to identify my body and there you would have learnt that I had been raped as well.

The murderer would have never been found since we don’t have their wealth and their power. Then you would have continued your life suffering and ashamed, and a few years later you would have died of this suffering and that would have been that. However, with that cursed blow the story changed. My body was not thrown aside, but into the grave of Evin Prison and its solitary wards, and now the grave-like prison of Shahr-e Ray.

Being presented in court made me appear as a cold-blooded murderer and a ruthless criminal. I shed no tears. I did not beg. I did not cry my head off since I trusted the law. But I was charged with being indifferent in face of a crime. You see, I didn’t even kill the mosquitoes and I threw away the cockroaches by taking them by their antennas. Now I have become a premeditated murderer.

And this country that you planted its love in me, never wanted me and no one supported me, when under the blows of the interrogator I was crying out and I was hearing the most vulgar terms.

I have told you many times not to beg to save me from being executed. My kind mother, the one dearer to me than my life, do your best to forget my difficult days. The world did not love us. It did not want my fate. And now I am giving in to it and embracing the death. Because in the court of God I will charge the inspectors, I will charge the judge, and those that beat me up when I was awake and did not refrain from harassing me. In the court of the Creator I will charge all those that out of ignorance or with their lies wronged me and trampled on my rights and didn’t pay heed to the fact that sometimes what appears as reality is different from it. [7]

Given the clear inconsistencies in the case, the question arises: why did the Iranian government and its judicial system decide to steam ahead with the execution knowing full well that the facts of the case were never established? The answer can clearly be found in Iran’s recent human rights record, where the unjust treatment, false imprisonment and execution of women and innocent minority groups such as Sunnis are not uncommon.

Despite the oppressive treatment of Reyhaneh Jabbari, her case is just one of many hundreds of people who are unjustly executed in Iran. To illustrate their abhorrent human rights record, Amnesty International recorded that 369 official executions took place in Iran during 2013, only second to China, which does not take into account the secret executions and acts of torture that are now widespread in the country against Sunnis.[8] [9] In fact, the real number of executions in 2013 was found to be over seven hundred.[10] For example, in June 2014 four Sunni Kurdish men, falsely accused of murdering a religious cleric, were sentenced to be secretly executed, even though Iranian records showed that these men were arrested and kept imprisoned months before the murder took place.[11] Rather, calls for their executions were designed to curb the growing number of Sunnis who practice their faith, by way of fear, in a Shi’ite majority country.

Similarly, Amnesty International documents that two other men named Ali Chebieshat and Sayed Khaled Mousawi were secretly executed on similar charges a few days earlier.[12] Unfortunately, this level of oppression and subjugation against Sunnis is a common occurrence in Iran and their routine arrests are publicised within the country as a terrifying intimidation tactic. Furthermore, such arrests are used to justify greater restrictions forced upon Sunnis to stop them practicing their faith, which is highlighted by the fact that there are no Sunni mosques in existence in the Iranian capital of Tehran.[13][14] Therefore, the unjust and oppressive treatment Reyhaneh Jabbari received should come as no surprise within a country that has one of the worst human rights records against women and minority groups in living memory.

The great irony behind the oppressive treatment that the Iranian government and judicial system regularly inflicts on women is that they were recently awarded a seat on the UN body’s women’s rights commission.[15] This news was met with dismay by UN Watch’s Hillel Neuer, who described it as a “black day for human rights”, while Samantha Power, the US ambassador to Iran, described it as a “particularly troubling outcome.” To further highlight the oppressive treatment of women in Iran, in October 2014 a number of prominent women were beaten and arrested during a peaceful protest in front of the Iranian Parliament, while they highlighted the increased number of acid attacks and violence committed against women, which was ignored by the Iranian authorities [16].

Having shown clear evidence proving the clear enmity Iran’s despotic ruling leaders have towards women and minority groups, it is extremely hypocritical and deceitful when individuals and so-called impartial news agencies such as Press TV and Russia Today, linked to the Iranian regime, routinely highlight the human rights records of neighbouring Arab states, yet conveniently ignore the crimes of the country they openly support. The most recent example is that of Shi’ite cleric Nimr al-Nimr who was sentenced to death in Saudi Arabia for high treason: a crime punishable by death in a number of countries, including the US.[17] [18] While such individuals and news agencies were extremely aggressive and unrelenting in their reporting of this case to a country they hold hostility towards, they consistently failed to utter a word of condemnation towards Iran’s acts of aggression and barbaric treatment of women and minorities. Of course we should by no means ignore the numerous injustices that other countries commit daily; but to selectively ignore one of the most repressive and unjust regimes is very troubling indeed.

Despite her execution, it is hoped that Reyhaneh Jabbari’s murder was not in vain and it helps highlight and publicise the barbaric violations of human rights Iran has been committing in secret now for decades. While certain individuals are quick to highlight the crimes of neighbouring Arab states, it is about time the crimes committed by Iran on its own civilians are reported to the world. It is also hoped that Iran’s barbaric treatment of Muslims highlights how they are anything but the peace loving champions of the Muslim world they purportedly make themselves out to be, but rather they only provide lip service against the West to further spread their propaganda to the Muslims. This is especially important since their acts of aggression against Muslims is not restricted to their own country having been routinely implicated in the mass murder of Muslims in Syria, Iraq and most recently Yemen.[19] [20] [21]