Returning Jihadis aren’t so bad, I used to be one 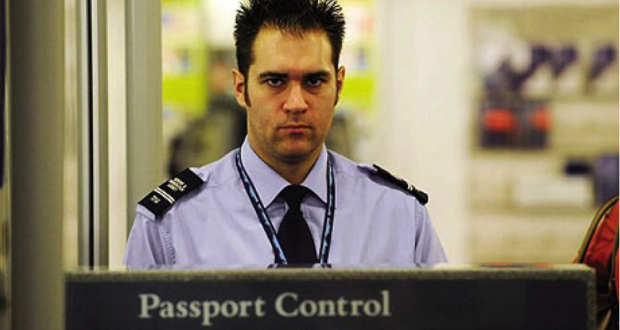 Returning Jihādis from Syria now potentially face a new charge alongside being accused of terrorism: Treason![1] Let us leave aside how such an approach plays right into the hands of the ISIS narrative; such blanket treatment of suspects is…well it is just not British! Add to that the outrageous suggestions by Boris that those returning from Syria should be presumed guilty unless proven innocent.[2] This shows the sort of disregard for the basic norms of a just and fair legal system that we have come to expect from the very group that, with just a murmur of dissent, the British Government has committed to military action against.

Community figures like myself are contacted by members of the public and asked what they can, or should, do to help the oppressed Muslims in Syria. This question has been around long before the UK government suddenly announced the criminalisation of those going to fight there. My own views on who should fight, and where, have changed as the situation demands. I do not now think British Muslims should go and fight in Syria or anywhere else for that matter.

The political agenda has now had its own mission creep and moved to a place where the overall focus has moved from standing against Assad’s regime in Syria to how to prevent ISIS gaining more headway in the Levant. At home, it is all about ‘war hardened Jihādists returning with violent intent’. It is very tempting to make simplistic assumptions that Muslims fighting abroad equals trouble at home. But does it automatically equate? I do not think so. Many are going for truly noble and altruistic reasons. Not every one of them is filled with ill intent. In fact I believe that very few are.

What concerns me is that this aggressive approach is unlikely to make our country a safer place. If one is treated like a terrorist for merely going to help those who are oppressed, then surely such a person is more likely to actually behave like a terrorist. It can only serve to push people towards alienation and disenfranchisement. Add to this the increasing culture of raids and even arrests of elderly parents of suspects,[3] and we have an increasingly explosive situation.

So does a young Muslim going abroad to fight and then returning to the UK equal treason and terrorism? Not necessarily.

At the time of the Afghan-Soviet war I was just 25 years old. Newly married with a first child, I had been a Muslim for only three years. The jihād in Afghanistan was drawing to a close. The Soviets were finished and hanging on only in Kabul and Jalalabad. Almost everyone I knew had already gone or was planning to go to join the victorious Mujāhidīn. Our gatherings were filled with stories of the successes of the brave Muslim fighters. The question I faced is one challenging young men today. I had no real enthusiasm to either fight, or kill, or be killed. But I did want to do the right thing. I wanted to be part of ending tyranny and occupation. I wanted to support the oppressed in their struggle for freedom. I wanted to make a better – not a more violent – world.

At that time, and I believe the same for many young men today, there was no internal conflict between the callings of conscience and ‘Britishness’. In fact, perhaps it is even an intrinsic part of it. With all the talk about British values, one value sidelined in political debate, is the very British value of having a sense of fair play, that changing the rules or applying them to one group of people and not another “is just not cricket.”

This makes the behaviour of many of our politicians, especially those most vocal in espousing ‘British values’, very un-British in their treatment and conduct towards those returning from Syria in particular, and Muslims in general.

On my return from Afghanistan I recall walking through British airport customs dressed in my Kandahari outfit with compulsory Pakol, the legendary cap of the Mujāhidīn.

“Where have you been?” asked a customs officer.

“Fighting jihād in Afghanistan” I replied with a smile.

“I see! Well I just need to check that hat if you don’t mind. They seem to be used quite often for smuggling drugs.” He unrolled the pakol and found nothing. “Welcome back sir!”

“Thanks! Keep up the good work! I hope you catch some of those drug smugglers.” I left with a wave and a smile.

How times have changed.