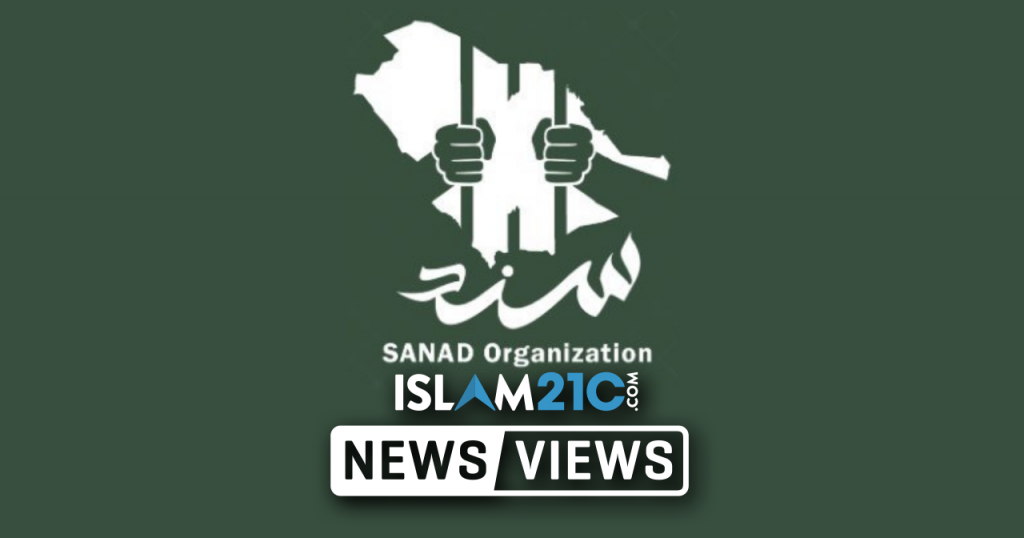 The time has come for another soldier to join the fight against oppression and give a voice for those who have been unjustly denied their freedom. #sanad_launchhttps://t.co/4dtsQ4rNwb

The five-member team each spoke on issues surrounding human rights in Saudi Arabia, especially regarding the freedom to criticise the regime and violations perpetrated against those who have been detained, imprisoned, or even disappeared. The team also spoke about how they plan to tackle these issues.

Belal Ithkiran, CEO of SANAD, opened the conference by recognising the deteriorating human rights situation in Saudi Arabia. Ithkiran continued by setting out the purpose of SANAD “to defend political and civil rights in Saudi Arabia, monitor and highlight human rights violations.”

Ithkiran confirmed that SANAD will “seek to identify anyone who has been detained for criticising the regime and those who have been denied due process or have had their rights violated.”

Dr Sue Conlan, a human rights activist and lawyer, set out how the organisation aims to achieve its goal of establishing human rights in Saudi Arabia. Dr Conlan highlighted three areas: media, collaboration with other similar organisations, and bringing forward legal and civil proceedings where appropriate.

Ithkiran then returned to speak about how, as an organisation, SANAD aims to assist in establishing human rights in Saudi Arabia, and that it hopes to develop an optimistic society that looks to the future in a professional manner by peaceful means.

Dr Saeed Al-Ghamdi, the chairman of the board of trustees at SANAD and an academic with many years of studying Saudi politics, said that Thursday’s launch was “to support the oppressed and push back the oppressors.” He explained the dire situation in Saudi Arabia by stating that the “human rights situation in Saudi Arabia is passing through a very difficult and painful time.” On the point of the judicial system in the Kingdom, Dr Al-Ghamdi confirmed that “the courts are dictated to by the regime”, explaining that this resulted in “prolonged sentences for a stance, an opinion, a tweet or a word they’ve said.”

Abdullah Al-Ghamdi, a board member of SANAD, said that the path ahead will be “difficult, but it is not impossible.” Abdullah, whose mother is currently being unlawfully detained, ended on an optimistic note, saying, “Victory will belong to those who are patient, resilient and steadfast.”

Finally, Fahad Al-Ghweidi, another member of the board, came to the podium. Al-Ghweidi, who has been detained on three occasions in Saudi Arabia for his activism, stated that the Saudi government abuses can be broken down to four phases:

Al-Ghweidi concluded by demanding “the decreasing of pressure upon the people. We demand the release of the political detainees, who were detained oppressively.”

SANAD has now joined the slew of human rights organisations focusing on the increasing violations allegedly committed by the Saudi regime.

Scholars That Rebelled Against Tyranny