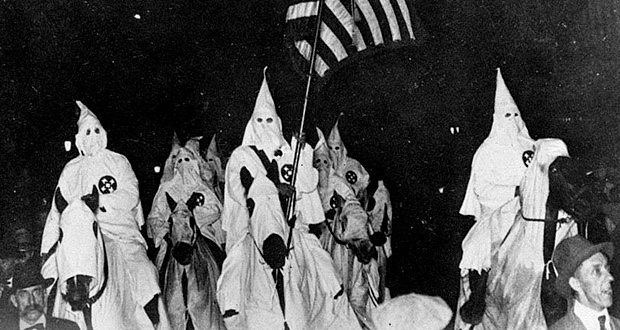 Click the video above to watch and listen; read the verses below

Spoken word poet Boonaa Mohammed drives a bulldozer through the whitewashing of history that has tried to divert attention away from the chief perpetrators of the most unimaginably cruel and enduring terror campaigns ever inflicted on the human species. The terror inflicted by the likes of ISIS et al. are seen to be nursery child’s play compared to Europeans and failure to learn the lessons of history means we are bound to repeat it. Click the video above to watch and listen; read the verses below.

ISIS is terrorism, I think everybody can agree
And what ISIS does in the name of Islam, does not represent me
And I will never defend their actions because a cause does not justify a means
They have manipulated something so beautiful, for their own political schemes
But ISIS are not the first major terrorists to emerge onto the world scene
Because the war against Islam, is nothing more than a war of political ideology
But a critical look at history can reveal so much about this evil mess
And since we are on the topic terrorism, let us first define what terror is

If it is violence, fear, and intimidation placed upon a nation
To achieve a political, religious or social goal through aggravation
Then aren’t western nations, more guilty of these exact same allegations
Considering the long list of offenses that have taken place in the name of liberation

And I’m no conspiracy theorist but I’m still waiting for all the facts on building 7
Cause 9/11 opened the floodgates of hate, for a crime that only a few committed
But if you ask me, this stage was already set long before Osama bin Laden
Cause there is always been the need for an enemy, otherwise the good guys wouldn’t see any action

So I’m not surprised when these bigots try and offend me by drawing my prophet’s image
Cause these are a people who come from a history of intolerance, racism and oppression
Our governments are not allowed to advertise tobacco, because they say that it kills
But yet they defend the freedom to advertise hatred, as though it is ideal

And they will do it in Jesus name, as if to say Jesus would do the same
But didn’t you say that Jesus said to turn the other cheek, please stop playing these silly games
Cause Terror is, Christian fundamentalist bombing abortion clinics
And white Christians burning black churches even though they are from the same religion
But where are all the moderate Christian voices who will stand up and shout
Not in my name, every time another deranged loner goes postal on his route
Cause it’s OK for the KKK to still fully operate and not just in the south
But I guess it makes sense when your founding father were racist slave owners, check your past if you’re in doubt

Cause when ISIS burns people alive, the whole world should feel remorse
But when White Americans burned black people alive; they turned it into a national sport
Gathering their kids together so they can laugh at the strange dangling fruit
The genocide of countless African Muslims, from servitude to Human Zoos
Yes, those were mainly Muslims you enslaved, and you even gave them Christian names
You stripped them of their history, and taught them how to be ashamed
You say you’re so scared of sharia law, but you’re a nation full of prisons
Incarcerated your slaves once again to work for pennies so you’re chillin
And what’s the point of a black man in a white house if he still run it by massa’s rules
Cause if ISIS represents true terrorism, then what the hell does your history make you?

And Canada, Oh Canada, who could forget about you
Abducting aboriginal children from their homes and forcing them inside your brainwashing schools
And now we have Thanksgiving Day, as though we should be giving thanks to you
For Africville in Nova Scotia, and the dead Chinese workers who built the railway that we still use

And the French have some audacity to claim they are the champions of human rights
After they turned 1.5 million humans into martyrs in Algeria overnight
People who decided they didn’t want to laugh at their Masters jokes anymore
So they cut open pregnant women to see if she was to have a girl or a boy

How much does brown blood cost, what is the value of human life
When Bashar kills us by day; and Israel kills us by night
Or shouldn’t Palestinians be offered the same basic human rights
Or do Holocaust survivors call for the same holocaust they had to fight
Terror is the 1948 exodus of men, women and kids
Who were forced to leave their homes in Palestine to make way for Zionist terrorists
Armed with western backative and fake UN resolutions
Forcing us to wander in the desert like Pharaoh did to Musa

Cause when white people play monopoly, they take it to a whole different level
Trading nations like properties, and carving up borders over dinner
Everything from the Spanish in the Philippines, to the Dutch in Indonesia
From the aborigines in Australia, to CIA installed dictators in Latin America
To the Portuguese in Brazil, to the Italians in Ethiopia
From the Germans in Tanzania, to the creation of Rhodesia

Stolen wealth and immoral trade is what helped make Britain so great
But Why would God save the queen, when she’s been spreading mischief since before 1858
Terror is, the murder of Indians, through the orchestrated famine in Bengal
To the plantations in the Caribbean, stealing Africans right from their homes
Or for the Kenyan people, why don’t we tell the world of British law
Like the tools that they invented to crush and then rip your testicles off
Cause if we want to talk about terrorism, why not start with the torture chambers in Yemen
Or the occupation of Egypt as if the British rule in Iraq was some kind of heaven
Cause history can be amazing, but I guess it depends who those books belong to
Cause it’s easy to criticize other nations, when most of their problems were placed there by you

The effects of colonialism are still ripe, cause even as I sit down to write
Little girls continue to bleach their skin in hopes of one day looking white
Put us in your common wealth, but amongst us wealth is not that common
You gave us loans to rebuild our lands, but from a cost we never wanted
They teach us to assimilate, like freeing little monkeys from their cage
They think they’re doing us a favour by becoming new slaves of minimum wage
Cause these western nations have blood on their hands of generations who’ve come to haunt
And they keep trying to whitewash their crimes with political bleach but it still ain’t coming off
And they want us to go back to where we came from, like an adopted child they no longer want
But you’re the ones who crept into our beds, molested us and now you don`t know what to do with us

Cause when Iraq was invaded, in search of weapons of mass destruction
A power vacuum was created, to fulfil western oil consumption
But now look what you’ve created, another failed attempt at the white man’s burden
Of colonizing nations, imperialism used to civilize the savage

And you don’t have to be racist to benefit from institutionalized racism
But I know and I get it, it’s not your fault that you were born deprived of melanin
But facts are facts and sadly history does tend to repeat itself
Muslims didn’t invent terrorism, in fact we’ve been getting terrorized more than anybody else

But I think we can all agree, that we just want to stop all the killing
But if TV has taught me anything, it’s that there are no Heroes without villains
It used to be the Germans, and the Russians for a bit,
The Japanese once had it bad, and black people have never really gotten over it
So I guess maybe it’s just Islam’s turn to be the enemy
But I don’t want to be the enemy, it’s hard enough just being me
A black, African, son of a refugee Muslim living in a culture that is extremely hostile towards me

But in in the interest of the common good, we must play the cards that we are dealt
So I’m taking this one for the team, cause Steve Segal ain’t going to fight himself
So say goodnight to the bad guy, I know I will be missed
But it’s the last time you ever going to see a bad guy like this