The Failed Coup of Britain 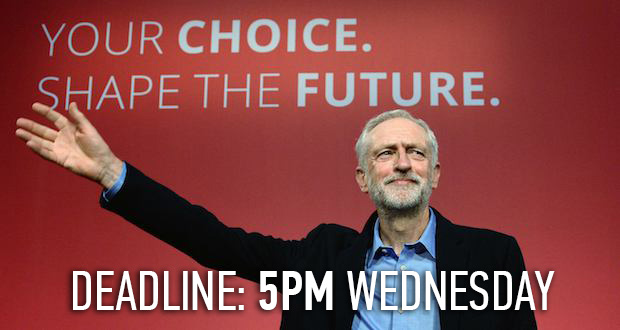 In September 2015, Jeremy Corbyn became the leader of the Labour Party with the largest mandate ever won by a party leader in British political history. [1] However, only nine months into his tenure, a long awaited plot orchestrated by a small group of MPs surfaced that attempted to severely undermine his leadership and force him out of the party.

News of the plot was brought to the attention of the world’s media on 26th June 2016, when Mr Corbyn sacked the then Shadow Foreign Secretary Hilary Benn, after it was revealed that he had been seeking shadow cabinet support to illegally oust the Labour leader from his position. [2] The sacking of Mr Benn led to the initiation of a now failed coup through mass shadow cabinet resignations and a secret ballot in which 172 MPs voted against Mr Corbyn in a show of no confidence. [3]

Upon further investigation, it was revealed that many of the MPs who initiated the coup were loyal to former Prime Minister Tony Blair, [4] now regarded as a war criminal by many after the publication of the Chilcot Inquiry. [5] It was further established that in 2003 and 2009 many of the MPs in question had voted in favour of the illegal invasion of Iraq and voted against an independent investigation (Chilcot inquiry) hoping to find the truth about the invasion.

Astonishingly, MPs explained that the coup was a response to the widespread anger brought on by a “failed” attempt to keep Britain in the EU under Mr Corbyn’s leadership. [6] However, contrary to what the MPs stated, clear evidence showed that Mr Corbyn was not to blame for “Brexit”; rather a power struggle within the Conservative Party between the then Prime Minister David Cameron and former mayor Boris Johnson was to blame for Britain leaving the EU. [7]

Despite immense pressure placed on Mr Corbyn, by right wing media outlets and senior MPs, to resign as the leader of the Labour Party, he persevered and made it clear that an illegal and undemocratic coup was being attempted to undermine his leadership. But after realising nothing would change Mr Corbyn’s resolve to remain in a position in which he was democratically elected, it triggered a challenge to his leadership by Angela Eagle MP and Owen Smith MP. [8] [9]

Shockingly, every attempt was made by MPs to disqualify or keep the Labour leader off the leadership ballot. Smear campaigns and libellous information was used against Mr Corbyn to tarnish his reputation with academics at the London School of Economics having found that 75% of newspaper stories about Mr Corbyn were either distorted or failed to represent his actual political views. [10]

Upon the failure of these attempts to force Mr Corbyn to resign, the MPs decided to direct the decision about Mr Corbyn’s leadership eligibility to the National Executive Committee (NEC), who surprisingly voted in his favour after a propaganda campaign was run against him. [11] However, the happiness was short lived, as it was decided that for anybody to have a say in the leadership election they would have to pay £25 each if they had signed up as full members of the party after 12 January 2016, instead of the £3 fee during last year’s leadership election. [12] This was despite the Labour Party having promised over 130,000 who had joined the party within the last three weeks that they would be eligible to vote in the leadership elections. The decision was further compounded by news that supporters would only have 48 hours to sign up between 5pm on 18 July (today) and 5pm on 20 July Wednesday.

This decision led to widespread concern and anger that such a move was undemocratic and carefully orchestrated to make sure Corbyn’s supporters would not be able to afford to vote. In response to the news, John McDonnell MP, Shadow Chancellor, accused members of Labour’s NEC of attempting to rig the leadership contest. Such a move was regarded as being discriminatory against individuals who earn a low wage, the unemployed, students and the elderly. [13] Furthermore, the decision was met with condemnation by Mr Corbyn, which he said would be challenged in court. [14]

The fact that a rule was brought in that favours the wealthy and excludes those on lower incomes should be enough cause for those who are disgusted by such measures but are able to afford it to pay and vote in support of all those excluded by such injustice. They should also lodge an enquiry to the Citizens Advice Bureau, which are all recorded, in the hope that a case for the breach of contract can be made and people can eventually be reimbursed.

So as Muslims, why should you have a say in the Labour leadership elections and pay £25 to vote for Mr Corbyn? Firstly, based on his voting record, Mr Corbyn voted against the invasion of Iraq in 2003 and voted for an inquiry into the invasion in 2009. He voted against the continued deployment of UK armed forces in Afghanistan and also voted against authorising UK military action in Syria in 2015. For decades Mr Corbyn has been an anti-war advocate with the belief that going to war only threatens international and domestic peace and security.

Domestically, Mr Corbyn has consistently voted against higher tuition fees and tirelessly campaigned against the privatisation of the NHS and educational institutions. He has also voted to oppose cuts to welfare spending, including for disabled people and was one of only 48 MPs to vote against the Welfare Bill in 2015. He has consistently voted against stricter asylum and immigration laws and voted against anti-terrorism laws that have been found to disproportionately target Muslim communities. He has also voted against the bulk retention of data that could stifle civil liberties in Britain. Overall, Mr Corbyn has shown a commitment to greater equality, social justice, opposing privatisation, and a non-interventionist foreign policy, with curbs to domestic anti-terror laws.

Having provided a brief description of the events that have transpired over the last four weeks it becomes inconceivable that Muslims would not support Mr Corbyn during the Labour leadership election. For politicians and media barons to so brazenly and conceitedly attack a representative chosen by the people without any opposition goes against the very principles of our religion. Challenging injustice and oppression are some of the most important principles of Islam, [15] and for Muslims to sit and do nothing while a man who has shown incredible resolve in countering the attacks against him by highlighting how he aims to change British society through greater equality and social justice makes it incumbent upon us all to support him, even if you disagree with his policies.

People including Muslims regularly complain about the state of British politics and the lack of honest and principled leaders, but they continue to vote in politicians that refuse to serve their best interests. A chance has now become available where they can put a stop to such a trend and create a wave of change that British politics desperately needs, by voting for a leader that can make a real difference in their lives, no matter what race, religion or background they come from.

Jeremy Corbyn’s message of equality and social justice has resonated so powerfully with people. Despite not being able to afford it, many have signed up to vote for him. A powerful message on social media by Paul Scott-Bates from Rossendale epitomises the length to which people are going to vote for Mr Corbyn. He stated, “we can’t afford £25, but are sacrificing half a weeks shopping to register for Jeremy”.

To vote as a “registered supporter” for Jeremy Corbyn, visit: http://www.labour.org.uk/pages/labour-party-leadership-election-2016 and it will cost £25 to do so. Those who voted for Mr Corbyn last September for £3 will also have to sign up again for £25.

Please remember that the deadline to register to vote is Wednesday 20th July at 5pm. If you wish to vote, please do so straight away.