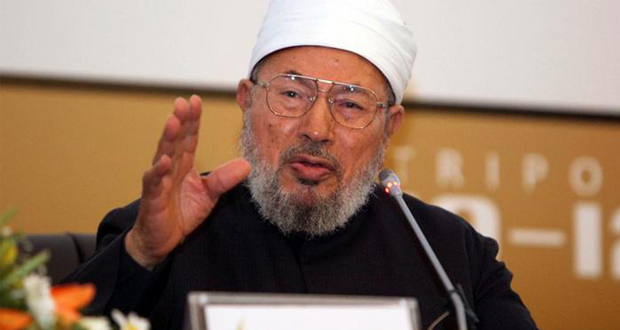 A demand to the Iraqi authorities to stop the assault on Sunni areas, calling upon all to support and provide relief to those being attacked.

All praise is due to Allāh and may peace and blessings be on the Messenger of Allāh, on his family and on his companions. As for what follows:

The International Union of Muslim Scholars is closely following the events in Iraq and is extremely concerned at what it is witnessing of spiralling violence, instigated by the Iraqi government’s military operation against Iraq’s Sunni areas. The government’s infiltration of the Anbar province has resulted in bloodshed and casualties amongst unarmed civilians, militarily personnel and the police. There are estimates of more than 1000 casualties in last January alone including the displacement of tens of thousands of families from the Anbar province and surrounding regions.

We, in the Union express our deep regret and concern about this tragic situation, the suffering of the Iraqis and the daily scenes of killing and totally indiscriminate shelling. As a result, we declare and affirm the following:

1)     The Union holds the Iraqi government fully responsible for what has happened and is happening. This includes the loss of life and destruction of property and infrastructure. It demands a halt to this military operation which is seeking to weaken the Iraqi national resistance. The Union calls upon the Iraqi government to pursue dialogue with those whom have issued fair demands in order to reach an equitable solution that is satisfactory to all. It additionally demands that [the government] stops repeatedly harassing Sunni strongholds in a way that seeks to create chaos in a region that is already in flames.

2)     The Union calls upon Muslim governments, humanitarian organisation and charities to intervene in defence of the Sunnis. Immediate relief should be provided to those victims who have sought refuge in schools, mosques and public areas and who are in need of urgent humanitarian assistance.

3)     The Union reaffirms its condemnation of all acts of murder, regardless of its source. The right to live is a red line and the value of life should not be underestimated or infringed upon. Allāh says: “if anyone killed a person not in retaliation of murder, or (and) to spread mischief in the land – it would be as if he killed all mankind.”[1] Many other texts indicate the seriousness of killing and severity of punishment for the killer.

4)     The Union calls on all political and tribal leaders, religious scholars and opinion makers in Iraq to refer to the Shar’iah and to sound reasoning in their arbitration, and to uphold the interest of the general public. The country is sliding towards civil war, sectarian strife and utter destruction, and this needs to be stopped immediately.

5)     The Union appeals to all regional powers, in particular neighbouring countries, to refrain from intervening in Iraq’s affairs or from settling their political discords on its land. All noble individuals in the region who seek security, stability and good neighbourliness need to strive relentlessly in order to resolve the crisis in Iraq.

We pray that Allāh the Almighty alleviates the suffering of our brothers and sisters in Iraq and in all Muslim countries, requesting Muslims around the world to do the same. We ask Allāh that he gathers them upon guidance and god-consciousness.

“…And Allāh has full power and control over His Affairs, but most of men know not.”[2]

President of the Union,