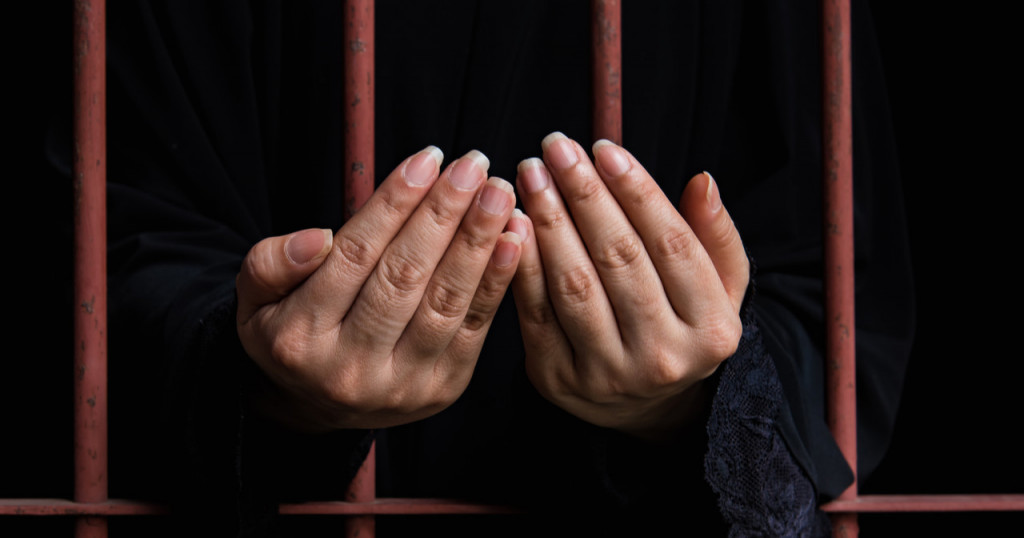 The shocking case of Dr Aafia Siddiqui, an esteemed Muslimah and neuroscientist who became the poster girl of America’s ‘War on Terror’, is one of the most horrendous examples of American exceptionalism in recent years.

In 2003, Aafia was kidnapped by the Pakistani security service known as the ISI under the Musharraf government. She was then handed over to the American authorities, to be held in the notorious Bagram prison in Afghanistan. Her three young children were missing for years, allegedly incarcerated themselves. Sadly, the whereabouts of her then newborn baby has to date never been established.

Aafia’s supposed link to a 9/11 suspect was enough to warrant the brutality and injustice she has suffered at the hands of successive American administrations ever since her capture. It was Yvonne Ridley – the British investigative journalist – who uncovered the truth about Aafia’s whereabouts, calling her “the most wronged woman in the world”.

Yvonne discovered that Aafia, Prisoner 650, was also known as the grey lady of Bagram. Her screams from her five year long torture and repeated rape haunted the corridors of the military prison she was held in.

As though this was not enough, after spending five long years in Bagram Aafia faced trial in the US on the most dubious of charges: this petite young woman weighing only a mere 44 kilograms allegedly took up arms against prison guards in a bid to escape! However, no evidence demonstrating that she was a high level Al Qaeda operative – as is alleged – was ever produced. The case itself ignited international condemnation, a wave of emotion, and criticism of America’s War on Terror.

Unbelievably, our sister Aafia was sentenced to 86 years of incarceration in a high level prison, FMC Carswell, which is located in Fort Worth, Texas. This made it glaringly obvious to commentators that despite the dubious evidence the disproportionate sentence did not fit the alleged crime. In addition to the obvious torture and abuse she had already suffered, the US was intent on making an example of Aafia to silence their own Muslim population. They also wanted to legitimise their agenda against any voice of truth which tried to resist the malicious war of hegemony that US troops inflicted upon the entire populations of Iraq and Afghanistan.

The agenda of President Bush and his hawkish government was continued by subsequent administrations. The ‘long war’ intended to suppress the rise of Islam and Muslims globally, and also ensured that Aafia’s case went largely unmentioned within the US.

The two British charities CAGE and JFAC have ensured that Aafia has had access to lawyers, who have also received funding for her case throughout this time. They have also maintained contact with her family, and have always been at the forefront of generating global awareness and concern for our oppressed sister.

However, despite the sincere efforts of even the most aware and accomplished individuals and notable organisations, Aafia continues to languish in the Texas prison. She has been kept in solitary confinement for years at a time, beaten, and tortured into near insanity. Even more disturbingly, she was also brutally attacked last month by an inmate. In the latest assault, the inmate smashed a mug of scalding coffee into her face, “almost blinding” her, as she herself stated. Being “unable to walk”, she “had to be removed in a wheelchair”.

Dr Aafia Siddiqui is the most honourable of Muslim women. As a dedicated mother and noble daʿwah carrier, she excelled in her profession and was an inspiration to all who knew her. She perfectly epitomised the many roles and responsibilities of a pious Muslimah. Despite the huge honour and value that Islam places upon every woman, this exceptional lady has been completely abandoned by the Muslim leaders, who have never even bargained for her release, let alone demanded it.

Muslim rulers and the Pakistani government in particular have the diplomatic clout to threaten the withdrawal of political and military support they provide to the US throughout the Afghanistan-Pakistan region.

It is, after all, every nation’s prerogative to demand the release of its prisoners through legal measures, if not diplomacy. Securing the release of prisoners is a universal law, a norm, and a right that has existed throughout time and civilisations. It is one which maintains that the true legitimacy of any leadership rests with the measures it takes to protect its own people.

“When people see an oppressor but do not prevent him from (doing evil), it is likely that Allah will punish them all.”[1]

In light of this, prisoners and all men and women subjected to oppression and injustice patiently await the return of a genuine Islamic authority. They desire a government body which prioritises the Muslim Ummah according to the perfect speech of Allah عز وجل, the Qur’an.

Furthermore, they demand a leadership that is both willing and courageous enough to confront the greed of man which drives him to commit great injustice.

The Shariah mandates that Muslim armies show their strength to the oppressors. This is achieved by freeing our prisoners and carrying out what is necessary to make Allah’s word the highest. For He عز وجل says in the Qur’an:

“What is the matter with you that do not fight for the cause of Allah and those oppressed men, women, and children who cry out, ‘Lord, rescue us from this town whose people are oppressors! By Your grace, give us a protector and give us a helper!’”[2]

So this must be the call of this great global Ummah: it must be one which reverberates in the palaces and corridors of power. The call must be based on conviction and applied in a way which is consistent with traditional and holistic Islamic rulings. That way, we will fulfil our collective duty to obey Allah عز وجل regarding the matter of Islam, and firmly establish this Dīn in the lands of the Muslims. Through these measures we may return the honour of so many innocent souls, the same honour which has been snatched away by the imperialist oppressors through their ideology of self interest.

Maleeha Fahimuddin is a teacher and writer based in London. She has been active in the Muslim community for thirty years, delivering lectures and workshops on challenges faced by Muslims in the UK and abroad. She is a student of Islamic studies and a mother of three.