The Muslim Brexit: What Now? 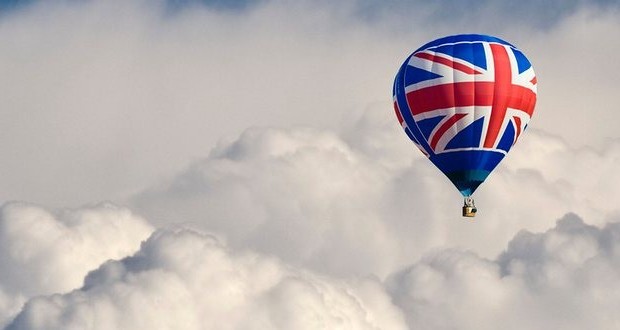 Following the panic that ensued when the Brexit vote results were announced, the tide has calmed and reflective analyses are slowly being formed. One question circulating the forums is what the likely impact of the vote to leave the European Union will be on the Muslim Communities here in the UK. I use the word communities not in a negative way but as an acknowledgement of the diversity that exists between us.

It is easy to say that the Brexit was a vote against uncontrolled immigration and of course there is a plethora of other reasons but some of these prominent arguments for Brexit are underpinned by a pernicious ideology which raised it ugly head during the debates leading to the June 23rd vote and for some time after the result was announced.

A colleague, friend and fellow journalist of mine, Dilly Hussain, mentioned to me, “Not everyone that voted Brexit was a racist, but every racist voted Brexit.” I was struck by his comment. Sadly, racism and Islamophobia manifested itself in the circle of hate that we saw in the aftermath of the decision. Certainly, a racist ideological stance is not present in every white British person or every non-Muslim, it would be absolutely ridiculous of me to suggest that this is the case and equally ludicrous for anyone to claim that this is what is being said here, but it is an ideology which I believe has significant traction in the corridors of power.

Brexit was as much about nationalism versus globalism as it was about repairing the fragile identity of some British people, perhaps it would be fairer to say some English people, and leaving the EU.  It is fair to say that it is never easy to accept or to see yourself as a diminished power. Losing the power you once had and enjoyed hurts. For some, the breakdown and loss of the British Empire has had a traumatic effect on their sense of worth and their sense of Britishness. We are constantly hearing about how things have changed; it is this perception of self, the nostalgic link to a lost empire and factors in this nationalistic ideology that spews racism and Islamophobia.

The slogan ‘taking back control’ was the beginning of the unspoken, jingoistic Donald Trump-like phrase ‘to make Britain great again’. What does making Britain great again even mean? We need only look to the architects of the Brexit campaign, Messrs Gove and Johnson, to better understand what their brand of ‘nostalgic nationalism’ means.

Let us look at what they have written about their own views and ideology and remember that Allāh tells in the Qur’ān,

“Hatred has already appeared from their mouths, and what their breasts conceal is greater.”[1]

Writing in his book, The Dream of Rome, the former Mayor of London, Boris Johnson, wrote on the idea of empire: “it would be good to recapture that enormous public spirited creative energy of the Romans, to say nothing of the efficiency that allowed them to rule an empire of 80 million with 150 officials”.

Before I am accused of quoting Mr Johnson out context, let us take what he says about Britishness. He writes: “in the wake of Enoch Powell’s racist foray no one had the guts to talk about Britishness or whether it was a good thing to insist on a basic loyalty of immigrants to the country of immigration.”

“we need to acculturate the second generation Muslim communities to our way of life and end the obvious alienation they feel.”

I am not going to go into a great deal of interpretation and analysis, I would rather leave the readers to make up their own minds. I do, however, believe that this dream of empire remains and it is a nostalgic one peppered with colonial, racist undertones.

There is an entire list of directly racist statements that the Tories’ most popular MP has said. In 2002 he described black people as “piccaninnies” with “watermelon smiles.” While occupying the role of Editor in The Spectator he wrote that blacks have ‘lower IQs’ and that Caribbeans were “multiplying like flies.” Johnson also famously asserted that Obama had an ancestral dislike of Britain because he was part Kenyan. At this point I would refer once again to Allāh’s words. What they have in their hearts is worse then what they say in their tongues.

I am reminded that the new government under Theresa May is one of the most right-wing governments that have been in power for some time. This is not to suggest that this ideology does not exist on the left. There are many from the Parliamentary Labour Party that proudly espouse nostalgic visions of empire. The Chilcot report, too, inadvertently addresses this idea of the lost Empire.

I would like to focus briefly on the discredited Michael Gove. His book, Celsius 7/7, employs Samuel Huntingdon’s and Bernard Lewis’ ‘The Clash of Civilization’ theory and describes global Islamism as a ‘totalitarian ideology’ threatening the West. Celsius 7/7 has been described as misleading and dangerous. Geoffrey Wheatcroft points out: “Gove’s Muslim bashing diatribe Celcius 7/7 is given to every lucky person who joins – The CFI (Conservative Friends of Israel).”

“You will find that people are driven into being black because they are invited to choose between black and white. That is to say, if there is a Trojan Horse subverting our values and helping terrorism then, perhaps, its name is Michael Gove.”

His ideas are best summed up by a school teacher who resigned her post when Gove was in charge of our education policy:

“Gove was unable to relate to anyone or any belief system outside of his very narrow range of experience, and yet, due to his changes, all young people in Britain (regardless of gender, ethnicity, class, or individuality) are now expected to relate to the white, middle-aged, upper-middle class values which he decided were the right values. There is, apparently, no literary merit in any writer beyond these boundaries… intellectual snobbery [is] soul destroying.”

What you should know is these are subliminal, underlying, covert and sadly overt messages that were being conveyed in the media during the Brexit campaign, its fruition and it has continued to underpin certain policies. The long and short of it is that Britishness, for the small percentage of the elite, is to exclude those who do not look British or those who cannot be acculturated into Britishness. Brexit has set the stage for this pernicious ideology to flourish and it threatens, more than ever before, the Muslim communities.

There are those who would argue that nothing will change as a result of the Brexit. Personally, I believe this to be wishful thinking. Brexit has already emboldened those who share this racist and Islamophobic ideology to commit more hate crimes than ever before and at every milestone you can expect this cancer to grow deeper and ever more pernicious.

The next milestone is triggering Article 50.

We need a strategy to deal with narratives that will continue to isolate, target and marginalise Muslim Communities.

What are the main principles of our strategy?

Our inspiration must forever be the words of Allāh and our beloved Prophet (sall Allāhu ʿalayhi wa sallam). In many ways, the situation that we face is as that of the people in the early Medīnan period. Muslims had begun to arrive there from different parts of Arabia and found themselves under attack from the anti-Muslims. I use this phrase to differentiate between those who are non-Muslims but happy to coexist with Muslims and/or defend the rights of Muslims, and the anti-Muslims who would rather we went away.

Many have pointed out that Muslim-hatred exists all over the European continent. Indeed, there are those countries that ban hijāb or ḥalāl meat. I cannot, however, agree that by leaving the EU we can somehow avoid those laws coming to the UK with the belief that the British are more tolerant. The Brexit impact strengthens far-right politics and makes it more likely, not less, that Britain will move in such a direction.

We must devise a strategy.  By exploring the writings of Maulana Maududi we find, what I believe are, some 5 important calls to action:

The Community should work with the utmost zeal to propagate its ideology and win over to its side the greatest possible number of people.

It should expose its opponents so as to leave no room for doubt in the mind of any sensible person that they were adhering to an absolutely wrong position.

It should infuse in its members (the majority of whom were homeless and indigent and surrounded on all sides by enemies) that courage and fortitude which is so indispensable to their very existence in the adverse circumstances in which they were struggling and prepare them to face these boldly.

It should also keep them ready and prepared to meet any armed menace, which might come from any side to suppress and crush their ideology, and to oppose it tooth and nail without care for the overwhelming numerical strength and the material resources of its enemies

It should create in them that courage which is needed for the eradication of evil ways and for the establishment of the Islamic Way instead.