The Politics of Anti-Semitism 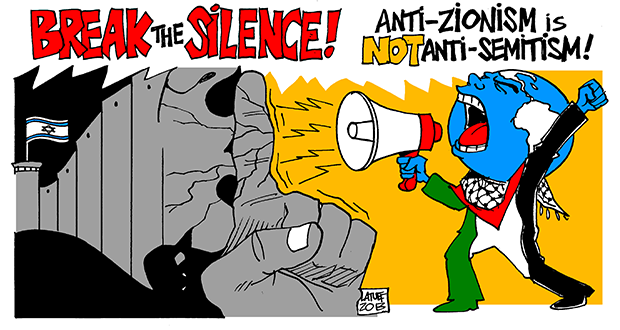 It has been incredible to watch how swiftly the government, the mainstream media and dissidents within the Labour party have exploited comments made by a handful of politicians to try and undermine the leadership of Jeremy Corbyn with allegations that there is a problem of anti-Semitism within the party.

It has now emerged that 18 members have been suspended from the Labour party over alleged anti-Semitic postings on social media since Corbyn was elected as leader in September 2015.[1] With over half of these having been suspended within the last month including MP Naz Shah, Ken Livingstone and veteran anti-racism campaigner, Jackie Walker, it appears that a witch-hunt is taking place against any party member who appears excessive in their criticism of Israel and its founding ideology of Zionism.

On the 27th of April, the same day that Shah was suspended, a Labour activist John McAuliffe was also suspended for posting a Facebook status about how Israel was exploiting the Holocaust.[2] On the 1st of May, Nottingham Councillor Ilyas Aziz was suspended for posting a message on Facebook that “it would be wiser to create Israel in America it’s big enough. They could relocate even now [sic]”. A few hours later, Salim Mulla, a former mayor of Blackburn, was suspended when it was discovered that he had posted the same image that Naz Shah had posted depicting Israel’s relocation to the United States. The hat-trick was complete when Burnley Councillor Shah Hussain was suspended for his contribution to a twitter spat between footballers Joey Barton and Yossi Benayoun over Israel’s military operation in Gaza in 2014 that killed over 1500 civilians, a third of whom were children. Hussain accused Banayoun and his country “of doing the same thing that hitler did to ur race in ww2 [sic]”.[3]

Three days later, Newport Councillor Miqdad al-Nuaimi was suspended due to tweets he posted over a year ago suggesting the Israeli army was “assuming the same arrogance and genocidal character of the Nazis”.[4] Race activist Jackie Walker was suspended the next day for a Facebook post in which she pointed out that many of her Jewish ancestors were the chief financiers of the sugar and African slave trade which was interpreted as a claim that ‘Jews caused an African Holocaust’.[5] A week later, the secretary of Croydon Central Labour Party David White was suspended for tweeting that Livingstone’s references to the 1933 Havara Agreement between Nazi Germany and German Jews that was designed to help Jews emigrate to Palestine, were largely accurate.[6]

Worryingly, there appears to be little genuine concern about anti-Semitism by those desperately searching for historic posts criticising Israeli actions as reminiscent of Nazi tactics. Otherwise, it would have been easier to target the veteran MP Sir Gerald Kaufman for these comments in 2009 than digging out social media posts by relatively unknown councillors such as Ilyas Aziz.

“The spokeswoman for the Israeli army, Major Leibovich, was asked about the Israeli killing of, at that time, 800 Palestinians. The total is now 1,000. She replied instantly that ‘500 of them were militants’. That was the reply of a Nazi. I suppose the Jews fighting for their lives in the Warsaw ghetto could have been dismissed as militants.”[7]

Kaufman also accused Israel of exploiting Holocaust guilt to justify its actions in the Gaza Strip.

“The current Israeli government ruthlessly and cynically exploits the continuing guilt among gentiles over the slaughter of Jews in the Holocaust as justification for their murder of Palestinians,”

Yet there have been no calls for the suspension of such a senior figure as the ‘Father of the House’. Perhaps the ant-Semitic label would not stick as well on a descendant of Jewish immigrants whose grandmother was executed by the Nazis, as it would on politicians who profess to be Muslims. It is also questionable why little mention has been made of the fact that the controversial image that Naz Shah was suspended for posting was actually originally created by Professor Norman Finkelstein, whose parents were Holocaust survivors.[8]

While in certain cases, clear ant-Semitic comments, such as tweets by Luton councillor Aysegul Gurbuz who described Hitler as the “greatest man in history”, cannot go unpunished, they should be considered within context.[9] The tweets were posted from Gurbuz’ Twitter account between 2011 and 2013 when she was just 15-17 years old. Gurbuz has denied posting the tweets claiming other people had access to her account and expressed her own horror at what was posted. People tend to change as they become adults and one would hope that they would be judged on their current policies and opinions and not those they regrettably held in the past, particularly in their adolescence.

For example, it emerged late last year that one of David Cameron’s senior advisers, Oliver Letwin MP, had sent a series of racist memos to Margaret Thatcher during the 1980s, a time when the Tories unashamedly supported the apartheid regime in South Africa. Letwin, although not a teenager at the time, apologised unreservedly following the revelations and was not suspended from his party. There were no calls for his resignation, no suspension, no wall-to-wall media coverage, and no debate about a racism problem within the Conservative Party.

But perhaps an investigation is needed into current racism, Islamophobia and xenophobia within the Conservative Party, in light of the grotesque racist campaign conducted in support of Zac Goldmsith.[10] Just a few weeks ago, comments by Conservative MP Philip Davies, a member of the Commons Justice Select Committee, barely triggered a murmur despite his saying that a UN Special Rapporteur from Kenya who had criticised the government’s Prevent policy, should “clear off back to his own continent” adding that a “lecture on human rights by somebody from Africa is staggering”.[11] Around the same time, Boris Johnson wrote in the Sun about how US President Barack Obama had an “ancestral dislike” of Britain, and described him as “part-Kenyan”.[12]

In fact the problem seems so endemic that a dossier was put together by Unite containing dozens of incidents of racism involving Conservatives which did not result in suspensions, expulsions or investigations.[13] The cases include Tory elected representatives using racist abuse like “Pakis”, “pikies”, and “piccaninnies” – as well as several anti-Semitic or Islamophobic remarks. Of course, the dossier was put together in a tit-for-tat action in response to the Tory cries of anti-Semitism within the Labour Party.

Racism, anti-Semitism and Islamophobia are serious problems that we all need to work on together to tackle. Equating criticism of Israel with anti-Semitism is as appalling as equating criticism of IS/Daesh with Islamophobia. Failing to make this distinction and deliberately manipulating these issues to score political points only serves to undermine the gravity of these problems and ultimately makes us all less safe.