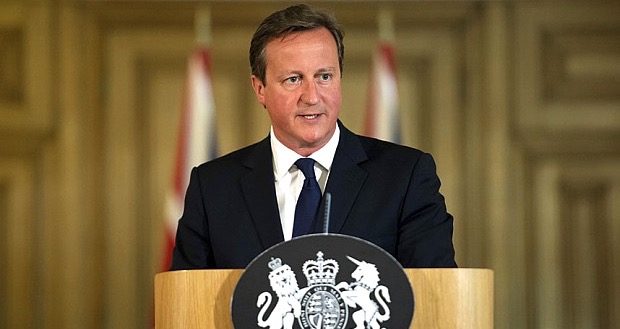 The REAL threat to Britain

With David Cameron arguing a case for more warfare this morning in Parliament based on the alleged ‘existential threat’ ISIS/Daesh poses to us, ‘Abd Allāh Nūr al-Dīn highlights a much more insidious and proven threat to the fabric of British society.

Over the last year and half, I have explicated in detail the views and propensities propagated by neoconservatism and its proponents.[1][2][3][4][5][6][7] What has happened in the US and what has been articulated by the neoconservative thinkers has been keenly followed and articulated through narratives here in the UK. From the blueprints of the policies we are experiencing today, such as Michael Gove’s Celsius 7/7,[8] and Douglas Murray’s Neoconservatism: Why We Need it,[9] to the actual laws and policies which have been instituted, neoconservatism is pulsating through the underlying philosophy and assumptions which are shaping the policies affecting every person in Britain, and sadly, in the Middle East.[10]

Neoconservatives believe that a society faced by an impending threat is the ideal society because it allows for a people to willingly hand over rights, become collectivist in their dispositions, and sets the scene for the emergence of a new “governing philosophy”.[11] This is shaped by fascist principles and a neo-Platonic view which designates the majority of the people as “vulgar masses”, whom are required to be subjected to (philosophically Machiavellian) social engineering and a set of fixed principles which do not bind the “guiding elite”. This elite “guide” the masses, and this “guidance” is often coerced through lies and deception in the name of ideas they seldom believe in (such as liberalism, human rights, and democratic principles). Neocons and their intellectual influences know best, in other words, whilst the masses are simply incapable of comprehending the true decisions which are being made for them.

A Path Towards Totalitarian Politics

In 2003, the “original neocon” Tony Blair and the neocon war architects in the US administration, embodied the abovementioned traits; it was a pre-planned war which was sold on the basis of a fear of a manufactured enemy and threat. In reality, neither an enemy nor threat existed, which would pose an existential threat to Britain or her national interests. Tony Bair misinformed his people, the demos, and subverted democratic structures in the most extreme manner, perpetrating the “supreme international crime”: the war of aggression.[12]

It has led to what some analysts categorise as a genocide of Muslims through the War on Terror,[13] cyclical regional instability, and the creation of an entity which has now given the neoconservatives a second wind for more war and further entrenchment of their “closed society” measures.[14]

It also led to the creation of the need to stem popular dissent against the wars, with the target now transcending race to that of religion, ideas and political viewpoints. Blair, fully appreciating the political expedience of this target, went on to foster a focus on ideology which would become the drum beat of the neocons. Michael Gove in a 2008 piece eulogising Tony Blair, praised this shift in the discourse through the following reductionist quote:

“In the fight against extremism, Blair also evolved a stronger position over time. The events of 9/11 and 7/7 prompted Blair to examine the Islamist ideology behind the terror threat. In March 2006 Blair was explicit in locating the threat we faced in ‘an ideology exported around the world’ which could be traced to ‘offshoots of the Muslim Brotherhood, supported by Wahabi extremists’.”[15]

Complimenting the now booming military industrial complex, the counter-extremism industry was born, with ornagisations operating as the cold-war era-like, state propaganda and counter-subversion machine designed to subvert Muslim political opinion and dissent under the auspices of neoconservative proponents like Michael Gove and connected “think-tanks”. Chillingly, Jonathon Githens-Mazer and Robert Lambert opined in 2009 that their approach would categorise “thousands of lesser known politically active Muslims” as “subversives”.[16]

The then extra-legal PREVENT Strategy – enforced often deceptively and to the ignorance of the Muslim minority, coupled with the slew of anti-terror legislation – have forged to a path which is leading towards a totalitarian reality.[17] Parts of this reality, we are already experiencing today.

Illiberal laws are being added to every few years to create a legal ball of mud which can be used politically and discriminatorily.[18] Policies have hardened and, on top of the already disastrous consequences for the Muslim minority and the rights of children, a number of incidents have occurred.[19]

I must point out that there is a mistake which is made regularly by even reasonable media pundits and commentators. Security measures and matters which affect civil liberties are viewed and critiqued in isolation and in a manner devoid of identifying the neoconservatism driving them. A holistic view is required to analyse what is happening. There is a concerted assault on the rights and liberties of people across the board, and supported by subtle shifts on the discourse of rights, the “enemy” and security to normalise the erosion. It works fully in concert with neocon aims outlined above. Michael Gove, in his book, has called for the need to suspend civil liberties and has expressed his disdain for the Human Rights Act, in the name of security.[20] He is now Justice Secretary of the British government.

Up until recently, it was the Muslim minority bearing the brunt of counter-terror measures, and societally, it was somewhat ignored. Over time, the impact of these measures has been broadening. Last year the shocking detention of David Miranda under Schedule 7 of the Terrorism Act 2000 was witnessed.[21] The furore around press freedom reignited recently when it emerged that counter-terror laws were used to seize the laptop of BBC Newsnight reporter Secunder Kermani.[22] The implications on reporting around terrorism and the relative contextual security discourse are self-evident: it amounts to a form of censorship as journalists who traditionally dig deep with their investigations begin to feel intimidated by the potential criminalisation which can be taken against them without significant challenge. A further implication is that the people are increasingly only informed through “official sources”, the same sources which became vulnerable to Blair’s lies.

Similarly, the “you are either with us, or against us” Counter Extremism Strategy and Bill has manifested a greater cause for consternation in non-Muslim circles (noted is the peculiar alliance between the Christian Institute and the National Secular Society),[23][24] including those typically associated in stoking the anti-Muslim flame (in the Bill’s case see the view of propagandists John Ware[25] and Andrew Gilligan[26]). Facing curtailment are freedoms of expression, assembly, belief, and religion, whilst simultaneously underpinning a surveillance culture which has moved beyond security circles, into public life and now even “the rest of society”.[27]

This has happened in conjunction[28] with a determined effort to rid the British constitutional landscape of the Human Rights Act, replacing it with a Bill of Rights which makes the exercise of certain rights contingent upon restrictive conditions.

Neocons are also keen to restrict the transparency of the government by mounting[29] a further assault on the Freedom of Information Act, and making judicial review increasing difficult. The aim is obvious; it impedes the exercise of elitist soft-despotism (on FOI, see how the campaign against it started because it thwarted key policies and plans of Cameron et al.[30]). The recent spin being applied in an attempt to justify the undemocratic call to “reform” FOI is that journalists are “misusing” FOI requests to “create stories”[31]. How one can misuse information which should be transparent anyway is anyone’s guess, however, this has not stopped the government attempting to “water down” FOI legislation off the back of sham, wholly biased “independent commission” findings determined by individuals including those responsible for advocating Stasi-esque counter-extremism measures.[32]

Taken together, all the above set of laws, proposals, measures and actions have the effect of “shaping” society into one which is increasingly becoming totalitarian. And this is without having even touched upon planned invasions of privacy.[33]

Neocons and the “contempt for the rule of international law”

The neocon worldview, as evidenced from the tearing up of international order through the Iraq war and the justifications of torture, also advocates[34] non-conformity to norms of international law. As I briefly alluded to in a previous article[35], Cameron’s government has removed a ministerial rule which requires ministers to comply with international law and treaty obligations.[36] The code has been modified from binding the ministers from an “overarching duty on ministers to comply with the law including international law and treaty obligations and to uphold the administration of justice” to simply, “the law”. The change which was made in an almost secret fashion, has been slammed by former Attorney General Dominic Grieve as sending out “a very bad signal”.[37] Paul Jenkins, the former head of the government legal service, made a damningly revealing comment in a letter to the Guardian:

“As the government’s most senior legal official I saw at close hand from 2010 onwards the intense irritation these words caused the PM as he sought to avoid complying with our international legal obligations… there can be no doubt that they will regard the change as bolstering, in a most satisfying way, their contempt for the rule of international law.”

Bringing further scandalous shame upon Britain, Cameron has already unflinchingly hosted China’s leadership and boosted economic ties, seemingly having no problems with their human rights record. Apparently, Hard Wilsonianism cuts short when spreading liberalism and democracy to superpower nation states.[38] In fact, Britain now arrests those who peacefully protest against the human rights abuses of such nations, raiding their houses and seizing their computers.[39]

The scandal grows as the “heir to Blair” Cameron is set to host a tyrannical despot responsible for massacring thousands of innocent civilians and instituting a security policy which is strangely similar to British policy albeit varying in the harshness of penalties.[40] British values go down the pan as Cameron effectively aids in the PR management of Sisi’s image (guided by Blair), in the process demonstrating with extraordinary accuracy the ignoble qualities of neoconservatism: doublespeak, hypocrisy and a blatant disregard for rule of law, domestic or international.

For all the ballyhoo about “entyrism”, “extremists”, and unfounded takeovers, the manifest impact of the neoconservatives remains largely aloof from being mentioned in mainstream media. In a scathing explication of the treatment of democracy by neoconservatives, Canadian academic Shadia Drury writes,

“…sabotaging [democracy] from within exploits its vulnerabilities by destroying the rule of law, the checks on executive power, and the like. All this is likely to be done by an elite in the misguided belief that it has special access to truth, unrivalled wisdom, unassailable insight, and no need for any limitations on its power whatsoever. This is precisely the sort of tyrannical elite that is intellectually disposed to sabotage democracy. This is precisely the sort of elite that [Leo] Strauss [the “father of neoconservatism”] cultivated.”[41]

The proclivity of neocons towards a fascism-based, closed society is one which is masked and ignored. A few are making the effort: the work of the scholars of Bath University to expressly identify the neoconservative threat have been sterling.[42] However, its public amplification is virtually non-existent. This piece is merely a snapshot, a small window into the type of noxious society practically envisaged by the hubristic neocons. It is for responsible journalists, academics and the upright citizens of this country to begin recognising and challenging the patterns of encroachment upon what is being treated sacred by the state when attacking a minority, and defenestrated in accordance with the whimsical fancy of neoconservative statesmen.

Previous: ‘Muslims Must Condemn!’
Next: Can Muslims be racist?