Revelation is the only source of true wisdom 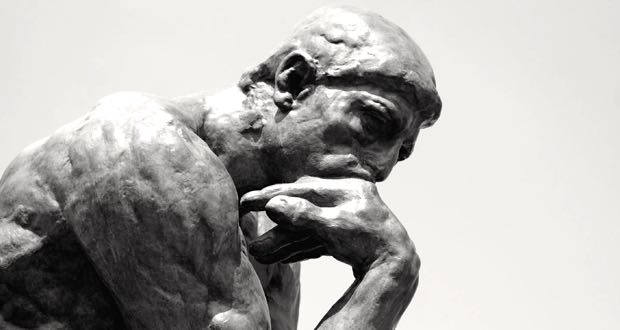 It is safe to say the word “wisdom” is a little enigmatic but to define it by thinking about when we use the words “wise” or “wiser” we can unravel what it means. When we say “that was a wise decision” it is always comparative, we mean it was a “wiser” decision than another. If we say “he is a wise old man” we mean “he is wiser than me” or “wiser than most people”. Neither of these indicate that they are infinitely wise, just comparatively “wiser”.

The world we live in is complicated to say the least. There are many factors that interact with each other. When we are faced with a choice to make we try and work through all the variables to come to the right decision, like a chess player trying to think as many moves ahead as possible. Some people with limited intellect are only able to consider a few factors before becoming confused, while some people are able to juggle a huge amount of variables, keeping them in the right proportions, weighing up their relevance to the issue; they might ponder for days before coming to a decision.

As well as the ability to judge factors, knowledge of the variables is required, some people have very limited knowledge; they are uneducated or inexperienced. While some people are very knowledgeable; very well educated on a subject, either through formal learning or experience. The “foolish” decision of course comes from the person with either limited knowledge or the limited ability to consider it. The “wiser” decision comes from the person with greater knowledge and greater ability to understand. However even the wisest person is limited by the time it takes to acquire knowledge, the limited capacity we all have to retain knowledge and the limited ability even the most intelligent person has to reason with it. Considering these things it seems that no human could ever truly be called “wise” in its infinite sense, we can only ever be relatively wiser or wisest.

We are all philosophers in a broad sense. Every time we think analytically about anything we are trying to come to the wiser decision, because we love to be wise and hate to be foolish. Those people generally labeled Philosophers and generally considered as “wise men” in the western tradition make thinking analytically their life’s work. They are all specialists: social philosophers, existentialists, humanists, pragmatists, even philosophers of philosophy. They are specialists because they are limited. No human can know everything needed to understand everything and no human is capable of that amount of comprehension. But still they get admiration for the things they say that “seem wise” that make us see something in a way we had not thought of. They are wiser than us perhaps but having spent their lives arguing, with themselves and others, can it be said they discovered any universal truth, true for all of time and every place? Philosophers can only deal with the known reality, when time moves on and more is known, or the place is changed and different things are known, the new factors would need to be considered and the results are guaranteed to be affected. Hence philosophies come in and out of fashion, they never last forever. They can never be the full picture because the full knowledge can never be known.

The Ancient Greek philosopher Socrates dedicated his life to seeking wisdom. He said “An unexamined life is not worth living”. The Socratic method was simple. By cutting away what is clearly not true he hoped to be left with what was. It turned out everything was Not True, everything could be contradicted, and knowledge of that was all he had. He famously said “the only thing I know is that I know nothing”. This is reputedly the wisest thing said by the wisest philosopher, the father of western philosophy, and it stands to reason to be true. We can never have all the knowledge needed to know everything about anything and we can never expect to be able to understand perfectly without infinite knowledge. The enduring mystery is why, instead of putting an end to philosophy, he spawned generation after generation of hopeless philosophers. For no other reason than it is our nature to think and try to understand what reality we find ourselves in, they quest onwards feeling in the darkness with full and certain knowledge of their infinite ignorance. We cannot accept our position as fools without trying to change it.

Philosophy can lead us only to knowledge of our ignorance, but this can lead us to recognising the superhuman greatness of wisdom, which in turn can lead us to recognising analytically that only the Creator can be truly wise of His creation and only through revelation can we receive the benefit of that wisdom. If we recognise wisdom in the revelations we must logically acknowledge Allāh’s existence. It also shows us the futility of ignoring Allāh’s guidance, choosing our own ideas or those of society instead and that we can never go further than what has been revealed to us by innovating in the religion.

The personal quest for wisdom is over; philosophy is redundant; there are no “wise men”. We have clear revelation from the only source of wisdom, the only wise one. The quest for the Muslim is seeking Knowledge of the revelation. The analytical brain’s function is not invention but comprehension; understanding the revelation in the context of life.

The head must learn, the heart must keep up.