The ‘Regulating Madrasas’ Bill: battered, bruised and bloodied, but not dead yet. 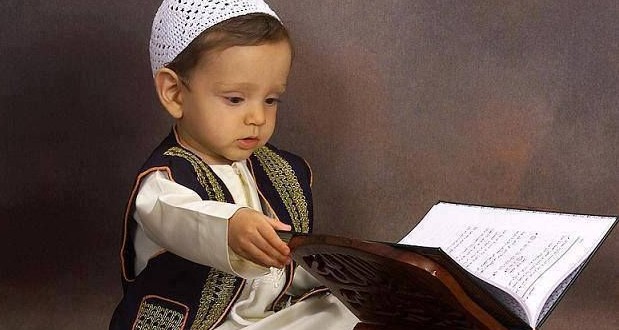 Madrasas can give a slight sigh of relief, for now, before taking a deep breath and wondering what the government will try next. The proposal for regulating “Out-of-school Education Settings” appears less likely to proceed as planned after the government received many thousands of replies to the consultation from piano teachers and Christian Sunday Schools indignant that they were being caught in a net clearly designed to target Muslims. Thankfully many other groups fit the bill.

The proposal was debated among MPs recently and, along with noting that not one of the 13 Muslim MPs were present for the important 90 minute debate, it was interesting to see the mix of views among the opponents to the proposal and I would urge you to watch it for yourself here: http://www.parliamentlive.tv/Event/Index/26ccaa60-67c0-4321-b5e3-b47be504d5b1

Sir Edward Leigh got the ball rolling and seemed to genuinely realise “the problem” the proposed regulation addressed was, in fact, a tiny number of Muslims who will always be under the radar of any legislation. He seemed genuinely concerned that not only non-Muslims but innocent Muslim groups, including the orthodox, would be caught in the broad net the government was proposing to cast. It became abundantly clear he knew it should really have been titled the ‘Regulating Madrasas Bill’ when he said

“The truth is that those thousands of hobby groups are being forced to register only so the system looks even-handed. That is the point: the Government are terrified of not looking even-handed, and therefore they are bringing in all those other harmless groups.”

Perhaps in a vain attempt to show they occupy the moral high ground, the government does not want to appear obvious in creating Islamophobic policy; or, perhaps they have to use these deceitful methods because thankfully, as this debate showed, some in government do not share the Tory leadership’s Neocon agenda.

As Islamophobia grows in the general public, it seems only a matter of time before the government can drop the pretence and start targeting Muslims openly. In fact is there anyone left who remains oblivious to what they are doing?

When Ofsted inspects a handful of private faith schools to rustle up some “damning” sample evidence of un-Britishness for the coming season’s Islamophobic policy making, is anyone fooled by the token inclusion of a few non-Muslim schools?

Could the increasingly obvious futility of this charade be why the Education Secretary Nicky Morgan all but admitted the new anti-extremism website educateagainsthate.com did not target non-Muslims. When asked if Christian converts should be reported she replied “of course not!”.[1]

“The Government recently published a counter-extremism strategy. When I asked why Northern Ireland, which has a fair number of extremists, was not included in the strategy, I was told, ‘Don’t push the issue too far. It is really a counter-Islamic strategy.’”[2]

David Cameron recently set out to reassure MPs that the Regulating Madrasas Bill would not harm any party other than Muslims who he has pre-emptively condemned for pre-crime thoughts. He came pretty close to speaking the truth but it came out expertly fudged as usual:

“The Government is working closely with the Church of England and other faith communities to ensure that the system is targeted, proportionate and focuses on those settings which are failing to safeguard and promote the welfare of children. Those discussions have been productive, and we have made clear the focus is on establishments that are preaching hatred or putting children at risk.”[3]

Not all in government seem to have got the memo that Christians are to be viewed as non-combatants in this thought-war. Michal Wilshaw head of Ofsted appears to have the extremist hunting bit between his teeth and promised to raid Sunday Schools to look for them there as well. Perhaps forgetting Mr Wilshaw was only repeating the official line from Neocon head office, Tory MP Sir Gerald Howarth called for Mr Wilshaw to be sacked, for simply promising to follow through with the proposed legislation.[4] There is so much deception going on around this issue that people in government look like they are struggling to keep up with what is spin to fool the public, what is hollow appeasement to calm the unintended victims and what is actually intended policy.

In the Regulating Madrasas Bill debate Sir Gerald was refreshingly honest when he said “the problem is confined to one religion only: Islam!” showing great exasperation, I presume because while he thinks only Muslims are a threat to national security, the government cannot just write a bill plainly called The Regulating Madrasas Bill. No doubt, the Muslim community can empathise with him on that account. We all know exactly what the Bill is truly for. It seems like only the mealy-mouthed Tory leadership are left insulting everyone’s intelligence; thinking they can legislate against Scout groups then whisper quietly to them “don’t worry, we’re just using you as cover”. As Fiona Bruce MP pointed out “what if” the politicians making the reassuring whispers today change to, yes its sadly possible, an even more illiberal government who might actually use the enacted legislation against non-Muslims. If nothing else it would give job security to Michal Wilshaw.

Still, for whatever reason (probably legal), the puzzle the government has set itself is how to target Muslims without appearing to be targeting Muslims. This attack on Madrasas is mainly failing because of the other groups inadvertently being targeted. We should be under no illusion that they will just give up trying to regulate madrasas. There is hope that some opposition to Muslims being unreasonably singled out will come from the MPs who know what the first steps to fascism look like. That might keep us safe, for now.

I fear it is likely that if we do not urgently do more to address the Islamophobia that continues to ferment in the electorate, gradually MPs will view standing up for Muslims as being political suicide. As Gavin Robinson said about a previous debate, after simply defending Muslims against the poisonous ideology of Donald Trump, MPs were branded “Jihadist-supporters” by some. Also let us not forget the Prime Minster’s escape of censure for labelling his colleagues “terrorist sympathisers” when they opposed bombing Syria which, by the way, is just another Muslim nation that has never attacked the UK. We have become accustomed to a middle ground government and take it for granted. But, voters who are increasingly fearful of Muslims could easily replace their current openly “terrorist loving” MP with someone further to the Right, as is rapidly happening across Europe and, of course, in the USA.[5] The remainder would be MPs too afraid to speak out in our defence. Who can say if our current Muslim MPs will be useful in the future? Judging by their absence in this crucial debate they seem already entirely afraid to be openly defending Muslim interests.

If we do not start being more active in challenging the Islamophobic rhetoric from the government and the media we should not be surprised that people are increasingly fearful of us. Urgent action is needed by us all. Write emails lobbying your MP and councillors on issues of government policy that affect us. Invite your local MP to meet with a delegation from your mosque to discuss relevant issues. Offer to run a public open day at your local mosque if they do not already do them. Take some food around to your non-Muslim neighbours. Write letters or complaints to your local paper challenging Islamophobia. Phone in to radio programs when they are discussing Islam. Submit positive news stories to your local newspaper about your community and invite local journalists to community events. Volunteer for a community clean-up effort, food bank or soup kitchen. Force non-Muslims to notice you doing good deeds, not out of fear or to appease the non-Muslims, but because it is da’wah for the sake of Allāh. Don’t wait until you are perfect Muslims, as many think they should, we need to act now to the best of our ability. Stay within your scope of understanding and inshaAllah your efforts will not be counterproductive.

If we had all been doing our job of da’wah over the course of these last 40-50 years while there have been millions of Muslims in Europe it would have now been impossible to suddenly convince the public that we are a dangerous menace, because they would have all known our reality first hand. Sadly, many of us still do not challenge Islamophobia or engage with others. We are insular, staying within the comfort of our homes, extended families and Muslim communities. Ask the Jews where a campaign of hate ended for them and look to Bosnia and older history for what might happen again to the Muslims of Europe. Too many of us think that if we are quiet and keep our heads down no harm will come to us. It is true that we are innocent after all but the campaign against us goes on whether we like it or not and never has inaction won a battle.

Make duʿā’ for our success but do not forget that Mūsā (ʿalayhi al-Salām) had to hit the sea with his staff before Allāh parted it, Maryam had to shake the tree before Allāh made the fruit fall, Nūḥ had to build the ark. Do we not also have to take action before Allāh will answer our duʿā’ and, if He wills, allows us and our children to continue leading peaceful lives practicing our religion in Europe and calling others to the truth.

Probably the most useful thing to come from the debate was the legal advice that Fiona Bruce received from Professor Julian Rivers, professor of jurisprudence at the University of Bristol and an expert on law and religion. He described the proposals as “astonishing” and said that such a registration requirement, as it would apply to religious groups, would “be straightforwardly in breach of the UK’s international human rights obligations.” Imagine the backlash against the government if the bill went ahead but after a legal challenge all the faith groups including Muslims were exempt from regulation; Ofsted left dutifully seeking out extremists in Violin classes and Girl Guides groups.

Articles 8, 9, 10, 11, 14 and 18 of the European Convention on Human Rights,[6] and the UK’s Human Rights Act 1998 which brings the convention into UK law,[7] states that everyone has the right to freedom of thought, conscience and expression, to hold opinions and to receive and impart information and ideas without interference by public authority. In his opinion, requiring religious groups to register would breach that. Last year, the European Court of Human Rights said that the European Convention on Human Rights “excludes any discretion on the part of the State to determine whether religious beliefs or the means used to express such beliefs are legitimate.”

So I would encourage every teacher in every Madrasa to start the next lesson by teaching the children to memorise sūrahs 8, 9, 10, 11, 14 and 18 of the European Convention on Human Rights as it is perhaps the main legal defence we have to practice and teach our religion in the UK. It is also, perhaps, the best defence against parts of our religion being labelled extremist.

And I would seriously encourage every Madrasa and, in fact, all Muslims to join Liberty.[8] Liberty is an organisation at the forefront in the fight against this government’s attempts to scrap the Human Rights Act. Pay attention to their campaigns as many of their fights are our fights.