Sh Haitham: “Non-Muslims Are Being Radicalised” 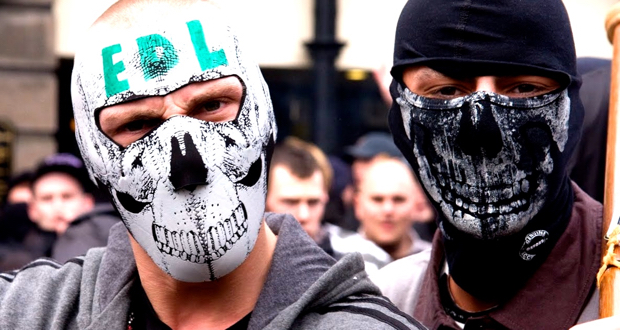 In the Name of Allah, Praise be to Allah, and peace and blessings be upon his final Messenger Muhammad.

Imagine, for a moment, that a Muslim country forced women to wear hijābs or prevented men from shaving their beards. How would western media corporations react? Anyone remotely familiar with our press can almost hear the rolling news bulletins and see the enraged headline writers’ mourning and primitive chanting about ‘extremism’ and ‘terrorism’. The usual rent-a-quotes from political parties and right-wing think tanks would be continuously wheeled out of one studio, straight into the next, warning us of the threat this posed to “our values”.

Perhaps surprisingly to some, hardly a peep has been heard until recently of the Tajikistani government bragging of removing headscarves from 1,700 women and forcefully shaving off of the beards of 13,000 men in the last year.[1] Impressively, it has instead been described as a “move towards tackling Jihadism” in many western media outlets. It seems that forcing people to conform to practices or norms that happen to be Islamic is extremism which, according to one imaginary narrative then causes terrorism. And on the other hand forcing anti-Islamic practices or norms is not just not a sign of extremism, but farfetched mitigations are entertained such as it being seen as a step towards fighting extremism! When reporting this albeit briefly, the most one BBC journalist could offer as a response to such absurdity was, shockingly:

“It is not clear whether these policies will have an impact on preventing radicalism.”

One would be forgiven for concluding from this that extremism is not to force someone to abide by your way of life, but rather depends on whose way of life one is being forced to abide by. Sensationalist terms like ‘radicalisation’ and ‘extremism’ seem only to be attached to Islamic practices generally speaking, despite the anti-religious, militant secularism of the former Soviet Republic nation-states that is now being forced having a far more destructive trail through modern history.

It seems that Tajikistani policy makers have justified such repression by borrowing Donald Trump and David Cameron’s favourite superstitious narratives about ideology causing terrorism, as a result clamping down on expressions of ideology to allegedly prevent terrorism. However nothing could be further from the truth. Despite this imaginary narrative being disproven comprehensively by the peer-reviewed academic community,[2] it is empirically (and rationally) proven that such oppression and the apparent, blatant double-standards with which it is being reported, is far more likely to push people towards violence and make them susceptible to ISIS propaganda!

Furthermore, it is actually those who legitimise forcing other human beings to abandon their own identity and embrace theirs, that are exhibiting the real extremist mind-set that is used to justify terrorism; irrespective of the actual practice they are forcing. Once that mind-set is there, such people will easily behave in an extreme way, wherever they fall along the political spectrum. That type of mind-set is far more likely an indicator for one’s propensity to violence than a religious belief.

It is surprising for many if any Western Muslims joins ISIS despite growing up in a so-called ‘liberal’ society. Those who wish not to face up to the truth try and use scapegoats and divert attention away from the real causes. Mosques, madrassas, schools and universities are smeared as ‘hotbeds of radicalisation’, whilst the inconvenient facts show otherwise. Not just reports by academics or even mi5 itself,[3] but the cases we see plastered all over the news highlight the fact that the vast majority (if not all) of those Western Muslims that went to join ISIS or committed an act of so-called “terrorism” in fact did not receive an Islamic upbringing and education. Many weren’t even Muslims in their childhood, whilst others owned bars and nightclubs, whilst yet others drank alcohol and used drugs. In some cases their recent Amazon purchase history even included the book, Islam for Dummies![4]

In fact, if one were to apply a similar standard of ‘research’ as those who created and propagated the now discredited ‘conveyor-belt theory’, one could easily make the argument that what these individuals had more in common was not an Islamic upbringing but a “western” liberal one. So is “extremism” then linked to a “liberal” upbringing rather than an Islamic one? People would argue: if that were the case then why do the millions of other liberals not become terrorists? If only they would apply that level of critical thinking to those that suggest some kind of Islamic ideology causes terrorism! However, an important point to note is that not all liberals develop the mind-set that legitimises forcing others to adopt their values; it is those who I would argue are more likely to cause havoc, whatever their exact values or beliefs they are happy to force on others.

Thankfully, most of those with liberal values that develop the mind-set that legitimises coercing others to adopt their values and cultural norms, have not yet had the chance to act according to their burgeoning extremist mind-set. Once they have the chance, such as finding a legal justification to act in such a draconian way, they will take that opportunity. We have seen this with the raft of draconian measures and legislation that has restricted civil liberties across the board, including the cyclical attempts at stirring up a debate about banning niqābs or halal meat. Like those who use twisted understandings of Islam to justify their desires, likewise these people are laying in wait for the final push to act out their desires for forcing others to adopt their ways.

Having a quick look at the comments on any article talking about banning any Islamic practice—however benign—confirms that there are unfortunately many non-Muslims that have been radicalised and fuelled with hatred towards Muslims. In an article on the most popular British tabloid site highlighting the Tajikistani government’s banning of hijabs and forcefully shaving of beards, the highest rated comments are:

Well done and very brave, one small step to show the world at least you are trying, the rest of the world should follow!

Good. The world needs to be at war with radial Islam until there is only winner and it won’t be the intolerant belief

Should adopt this world wide

What an excellent idea! Ataturk, the founder of modern secular Turkey, did the same many decades ago. Better late than never.. Will the UK be next?”

They should do that in UK

Good start? See how is goes? Could be a model for other countries?

“Hopefully the UK will do the same…” and the response was: “No chance we are too weak.”

Do not you see the ISIS mind-set hiding within these comments? It is not all doom and gloom, but one has to go to the ‘worst rated’ comments to see a word of sense:

“What a stupid idea!! Is persecuting people and forcibly attacking them the way to make them agree with you? These methods sound like ISIS!!!”

As of writing this there were 136 comments and growing, almost all of the first nature with less than a handful of intelligent responses. What does this reveal? Firstly, the claimed “superior” western values such as tolerance are just claims, far from representative of the whole society. Tolerance is apparently merely applied to some western values not others.

What this also reveals is that some Establishment media corporations and ideologically anti-Muslim politicians have successfully radicalised many non-Muslims in Britain. They are playing with fire. Many wonder whether they genuinely want to turn Britain into a country where sectarianism and religious hatred is the norm, or whether this is a necessary side-effect of scapegoating Muslims (as well as immigrants, refugees, the disabled, those on welfare, and so on) to divert public outrage away from the crimes of the powerful elite. Either way, once this happens it is inevitable for the whole of society to burn, not just the scapegoats; not just the Muslims.

Among the very few voices of reason on the comments threads, one reads:

“Ok, so I am born and bred in Glasgow….I’ve lived there all my life…I watch Eastenders and Coronation Street. I like to go to the pub most night, hang out with the lads, play 5-a-sides. I teach in a school to children of all nationalities. I drive a Nissan. I pay taxes and celebrate Christmas. I donate to local charities and shop in Tesco. I probably know more about UK, culture and history than you do. Oh, and I am Indian (brown) and I grew a beard because it’s in fashion. The majority of my white friends have also grown beards. Would you now make me shave it off as you think it will reduce all the trouble that Europe and the UK are facing with migrants? I really worry about the intelligence of some of the people reading this tabloid!”

This is a call to those wise people among the policy-making classes to be intelligent enough not to let something like this happen. Despite the short-term gains they may make in disempowering masses and offloading blame, guilt and public outrage onto scapegoats, it is not sustainable and they will one day be brought to account. The worrying question is: what will happen if these radicalised non-Muslims find a way to act out their rage and bigotry? To know the answer, look at what happened in areas where Muslims lived next to extreme non-Muslims such as in Burma,[5] Central African Republic,[6] Bosnia,[7] India,[8] and other instances in modern history.

To conclude, the direction we are headed now in the West is very worrying as certain ideologically-driven politicians and media corporations are working hand-in-glove in waging their promised ‘cold war against orthodox Islam’.[9] They are in fact radicalising swathes of society against Muslims, fuelling the rise in attacks against Muslims. Their plot may in fact work against them and those radicalised people may turn their attention towards those that radicalised them.

Allāh promised to establish the way of life He chose for the best of prophets and the best of nations. However He has instructed those whom He chooses to be firm upon what He entrusted them with, who must be willing to sacrifice for His sake.

We need to be vigilant, vocal and united, otherwise another genocide may take place in Europe.