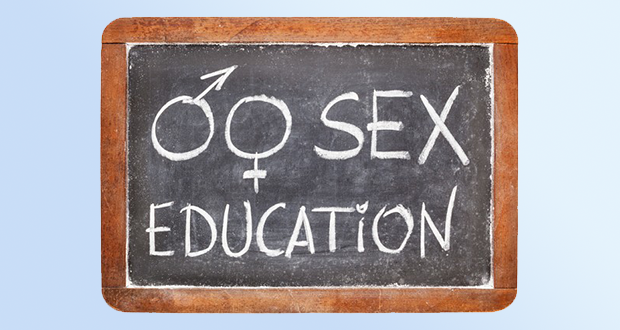 The Road to Statutory Sex Education in Schools


MPs Call for Statutory Sex and Relationship Education in Schools

The Education Select Committee published its long awaited report into Sex and Relationship Education (SRE) and the headlines screamed “statutory SRE on the horizon”. The single most common question I have been asked in response was: ‘Is SRE statutory?’

The simple answer is no, but the firing shot for statutory SRE has sounded. The Education Select Committee has recommended that the government backs statutory SRE. At present, SRE is not statutory but there are limited aspects of SRE teaching that are legal requirements as part of national curriculum science.

In a primary school, besides the requirement to teach reproduction as a process in plants and animals, all maintained schools have to prepare children for puberty by explaining the changes they undergo during puberty.

The Education Select Committee recommendation comes very swiftly after both the Lib-Dems and Labour came out in favour of statutory SRE. For Labour this should be understood as the re-stating of an old policy, rather than a new policy adoption.  If we remember, it was the Labour government which first mooted the idea of making SRE statutory in 2008.

Before delving into the proposed changes, it is important to remind ourselves what the problems are with the way SRE is taught.

As such, the main motivation is to reduce teenage pregnancy, but not to put up any barriers to young people engaging in premature and casual sexual relationships. The response is to promote ‘safer sex’, the distribution of contraception in secondary schools, easy access to the ‘morning-after’ pill and referral to abortion services.

Although SRE is promoted as neutral and values free, it is anything but. We have all got to acknowledge it is impossible to talk about this subject without reference to a set of values. Yet the most prominent resources use a very narrow set of values, which are promoted by an even narrower group of organisations lobbying hard for SRE to be made statutory.  The values in most of the resources are best described as secular-liberal in character, espousing a free expression of one’s own sexual desires, free of the values of old. They are in one sense a reflection of societal values, in other respects they seek to re-mould the thinking of young minds so that they adopt the secular-liberal paradigm.

Two manifestations of this approach are:

1. A guidance tool (The Sexual Behaviours Traffic Light Tool) for teachers to determine acceptable and unacceptable behaviours at different age groups, suggests masturbatory experimentation as an acceptable practice amongst 9 year olds and sexual relationships as a green-light behaviour for 13 year olds.  Some have argued that this guidance document, produced by Brook, is a reflection of the state young people are currently in, so its approach is reflective of that. Yet a very small minority of 13 year olds are actually engaging in premature sexual relationships, so is this approach based on a false paradigm? Let us say for argument’s sake that 13 year olds are engaged in sexual relationships, is this behaviour to be accepted or challenged?  It can only be challenged if it is considered wrong and if the guidance to teachers suggests it is fine, it will not be challenged.

These same organisations are the ones that advise teachers that pornography is not all bad, there are ‘good bits’. When I mentioned this in the Education Select Committee’s oral hearing into SRE, one of the committee’s MPs quipped, “Which parts?”, to which I responded, “You tell me!”

Most right-minded people believe pornography is dangerous. It moulds the minds of young people to think that it is a reflection of real life, it promotes aggressive attitudes towards women, it reduces women to nothing more than a commodity, it encourages promiscuity and it is highly addictive. Even if you drum into young people that it is as far removed from real life as is imaginable, it still encourages aberrant behaviours.

Children and young people ought to be taught boundaries. The last thing they need are mixed messages.

2. The most popular SRE resource in primary schools is Channel 4’s “Living and Growing”. There are two versions of it in circulation.  The older version contains a cartoon couple chasing each other around a bed with a feather. It depicts sexual intercourse with the woman on top, and  a child’s voice over saying ‘They do look happy, don’t they?’ The re-released DVD retains the cartoon couple having intercourse, but is replaced by a voiceover on the mechanics of sexual intercourse.  The live birth scene is presented in both versions.

The withdrawal and changing of the DVD was a direct response to parental concerns and solid campaigning, which convinced the minister to call an urgent meeting with Channel 4 executives. This does show that parental action and organised campaigns can have a positive impact. This forced Channel 4 executives to withdraw and then re-release the DVD.

The Education Select Committee’s report calls for SRE to be made a statutory subject in primary and secondary schools.

They have also recommended:

All schools should be required to run a regular consultation with parents on the school’s SRE provision.

This is a welcome recommendation, but the details need scrutinising.  The present guidance requires schools to consult parents, yet this does not happen in a lot of schools and no one regulates this. Most of the time parents have got to fight to have their voices heard. As I explained to the committee, consultation equates to a school showing parents the resources and asking for their blessing.

Consultation is more than that, it has real meaning only when parents are part of the decision making process, with their views heard and their being given due consideration in shaping the programme.

In one instance in Tower Hamlets we saw an email communication between the council and a school ‘advising’ them to be less than upfront about which resources to show parents. Because we all know that parents kick up a fuss when they see inappropriate resources!

In another instance a headteacher told his governing body that they would be using Channel 4’s “Living and Growing”.  When a shrewd governor suggested they watch it first, the headteacher, without a shred of irony answered he did not feel it was appropriate for governors to watch. He seemed to think it was perfectly fine for children. To that school’s credit they edited out some of the more concerning parts of the DVD in response to parental concerns.

In another example that warmed my heart, a child’s parents withdrew him from the part of the programme in which the video was shown. The school recognised he would be the only one withdrawn so, before they showed it, they asked him to deliver an important message to the headteacher, by the time he came back the video was over and he was not aware he had been withdrawn.

The parental right to withdraw their child from elements of SRE should be retained.

The recommendation that parents retain their right to withdraw is also welcome in a debate in which parents are often overlooked. Yet, it is clear that the groups lobbying for statutory SRE see this as a stop gap measure to ensure SRE is brought onto the curriculum. If this goes through it is clear they will launch a future campaign to have the right to withdraw removed, arguing that it undermines the statutory nature of the subject.

The Government should formally endorse, and issue, the SRE guidance produced by Brook, the Sex Education Forum and the PSHE Association. It should also promote this more actively to schools and governors.

Remember, that this is the same resource that portrays sexual intercourse as normal amongst 13 year olds, despite the fact that the legal age of consent is 16.

The funding of continuous professional development for PSHE teachers and school nurses should be reinstated.

If the same groups plug the gap in training, especially teacher training, then we will see very little change to the content of SRE.

The line you often hear from the sex education lobby is that any problem which currently exists with the provision of SRE – from the use of inappropriate resources, to lack of consultation, to poor communication by schools to parents – is because SRE is non-statutory. We are told that this is all the more reason to make it statutory.  The concern is, if schools are incapable of implementing the rules as they stand, how will they do so in future and who will police the provision?  Ofsted has proven itself an incompetent inspectorate.

SRE should be renamed Relationships and Sex Education – RSE – to emphasise the relationships element of the subject.

The name of the subject is irrelevant; the concern of parents is the content of the lessons. Many schools have changed the name or description, but this can often be a cynical marketing ploy to minimise opposition. Yet they still do not consult parents and they use resources which parents regard as inappropriate.

Whichever party, or coalition of parties, comes to power to form the next government, it is clear that there will be a move to make SRE statutory.  We are too close to an election for this to be realised at the end of this parliament, but we need to prepare for this eventuality and challenge the proposals when they are mooted.

Finally, I would like to end with a call to Muslim parents:

You have to recognise that your children live in a highly sexualised society.  The effects of the influence are often subtle, nonetheless they have a drip effect on our children’s mind-set and behaviour. If we recognise this, our response cannot be passive but has to proactively inculcate our values to our children. In the face of the widespread and malign presence of pornography, we cannot afford to either brush this under the carpet or delay our response. Instead we must ensure we strengthen our relationship with our children, establish a strong two-way communication and be a role model they deserve. Either we take responsibility for engaging in difficult conversations with our children or we establish community responses to prepare our children for a tsunami of liberal values. Doing nothing is not an option.  And allowing the society around you to parent your child is a recipe for disaster.  Yet that is an article for another time.

Read excerpts of the Education Select Committee’s report on SRE, Life lessons: PSHE and SRE in schools, Publication of the Committee’s Fifth Report of Session 2014–15

Yusuf Patel, the founder of SREIslamic, described the right of withdrawal as

“an opportunity for parents to engage with the school, and for schools to listen to parents”.

He told us that,

“No parent exercises the right to withdraw as a first choice; it is a last resort. Often, when parents decide to withdraw, it is because they have engaged with the school but they do not believe that it has listened to them”.

He was concerned that making SRE statutory would mean that the right of withdrawal would be removed, noting SRE Islamic’s fears that, under a compulsory SRE system,

Previous: Prophetic Teacher Training: the Believer and the Palm Tree
Next: Was ‘Jihadi John’ radicalised by UK security services?