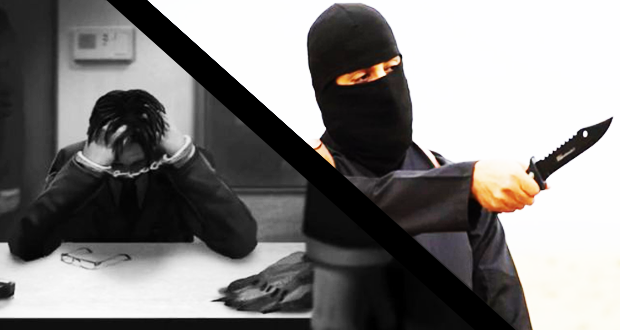 The last few months have made it more and more difficult for those perpetuating the increasingly marginalised and mocked “conveyor belt theory” [1]. This discredited theory was invented and propagated by those with an ideological animosity for Islam and Muslims, as well as those who wished to divert public attention away from the abhorrent activities of western political and security establishments, both abroad and at home, which have led to grievances built up across the rest of the world against “the west” ultimately precipitating in acts of violence.

How does the media fuel Islamophobia? by Afia Ahmed Chaudhry

This theory placed disproportionate attention to violent individuals’ beliefs, instead of the empirically-established combination of causative factors that are now well understood in academic circles to cause terrorism. One such factor is the alienation and harassment of individuals with political grievances leading them to despair, which has been shown to have led to violent actions many times in the past. The alleged identity of the so-called ‘Jihadi John’ as being Muhammad Emwazi, who was harassed by the UK security services for two years, is the latest in a long line of statistics.

“Like Michael Adebolajo, [3] suffocating domestic policies [4] aimed at turning a person into an informant but which prevent a person from fulfilling their basic life needs would have left a lasting impression on Emwazi. He desperately wanted to use the system to change his situation, but the system ultimately rejected him.”

“We now have evidence that there are several young Britons whose lives were not only ruined by security agencies, but who became disenfranchised and turned to violence because of British counter-terrorism policies coupled with long standing grievances over Western foreign policy.

“This case should trigger thinking about British domestic and foreign policy. What risk assessments, if any, have been made about British counter-terrorism policy and the key part it plays in radicalising individuals? How have the security services been allowed to get away with abusing British citizens without redress? Why are the long-standing grievances over Western interventions in the Muslim world been ignored?

“All parties genuinely interested in achieving peace and safety ought to realise that revising British foreign and domestic policy is the only way forward [5]. Acting otherwise would be irresponsible.”