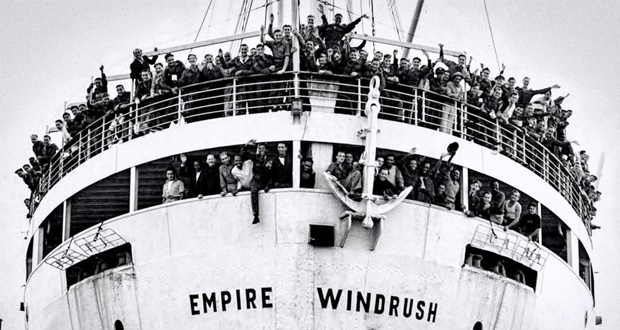 The Windrush scandal has really caused a political storm for the current Tory government.  The Home Secretary, Amber Rudd, has been forced to resign effectively due to following the footsteps of Theresa May.  The previous Home Secretary and now Prime Minister who was the architect of the law which has caused this furore, is being rightly pressured to change current legislation. As such, a letter signed by 200 MPs has been handed to Theresa May asking her to enshrine in law the promises that she has been making to resolve the current Windrush crisis.[1]

However, it is somewhat ironic that many of the MPs who backed the Immigration Act 2014 are now calling for its amendment. Back in 2014, against the backdrop of a coalition government, a tidal wave of austerity and sentiments of anti-immigration and refugee ‘hostility’, the government had no problem in getting the legislation through parliament. In fact, a mere handful of MPs barely numbering in their dozens voted against the blatantly racist Immigration Act of 2014.[2]  For the record—particularly for those who now wish to tarnish these individuals with fabricated charges of racism and anti-Semitism—these honourable MPs included the likes of Corbyn, Abbott and McDonnell.

Nevertheless, the Immigration Act of 2014 shamefully enshrined in law blatantly racist policies which now mean that, at all walks of civil society, one’s immigration status is continually being checked. As such, the verification of one’s immigration status is no longer just the preserve of the port of entry to the UK, but has been extended to become a means of ‘entitlement’ for all aspects of life such as work, education, health provision, renting a home and even the ability to travel. Most people did not object to such a change because there was a misguided view that this would only affect ‘illegal’ immigrants.  But as recent heart-wrenching stories have shown, our political masters were not bothered that others were being victimised, because as far as they were concerned, as long as it targeted those who were not ‘British’ in their warped sense of reality, then they were ‘rightly’ inflicting a “hostile environment”.[3]

So what is the ‘Muslim’ significance in all of this?

The Immigration Act of 2014 made one other massively significant change which is rarely mentioned.  The Act introduced new powers to revoke citizenship from individuals considered ‘prejudicial’ to the UK, even where doing so would render them stateless. This form of punishment is so disproportionate that in 1954 a US Supreme Court struck down a law which would have enabled the US government to take away citizenship as a form of punishment. In fact, they were so scathing of even the mere thought, that they went on to say that an individual who loses their citizenship is akin to one who “has lost the right to have rights.”[4]

Nevertheless, our very own country has seen fit, aided and abetted by Theresa May’s Immigration Act 2014, to revoke citizenship from many so-called criminals, jihadists and terrorists, who are deemed as being ‘prejudicial’ to the UK. Exact numbers of those who have been stripped of their citizenship are hard to come by, however a Guardian article dated the 30th July 2017 stated as its headline that, the UK ‘has stripped 150 jihadists and criminals of citizenship’.[5]

Unlike those who have suffered under the Windrush scandal, the public will have very little sympathy due to the fact that these are, as they say, ‘jihadists and criminals’, despite the decision to remove citizenship being based on arbitrary decisions of the Home Secretary, importantly meaning that all it could take is an accusation, rather than having to be proven in an open court of law. Moreover, there is even less sympathy knowing that most, if not all, are Muslims. Nevertheless, as Muslims, we need to expose and condemn, at every opportunity, a law which is wrong, disproportionate and ultimately racist in both its context and its application. It may be used against Muslims today, but it will only be a matter of time before that circle widens.