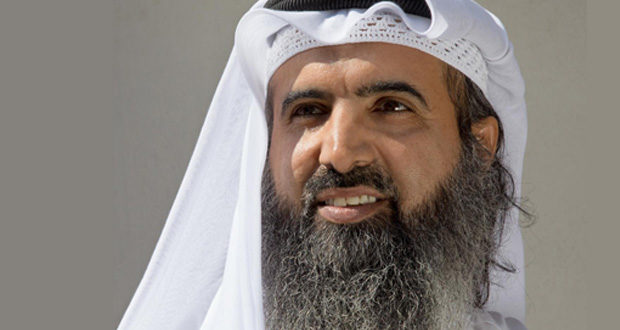 The Qur’an Saved his Life from American Torture

When the session ended, the guards observed that 052 was noticeably shaken. 052 was trembling as he was escorted back to his cell. Later that night, 052 prayed for 5 straight hours.

What saved this man’s life was the Qur’ān.

I do not wish to detail here the physical, emotional and psychological torture Ali al-Marri was subjected to, nor the political and legal issues surrounding torture. There is enough material in the public domain about this already thanks to a handful of people dedicated to fighting for justice and accountability.[3] I had known about this case for a while, but spoke to him today for the first time, and I believe there are many pertinent lessons we all need to learn from this man—may Allāh preserve him. Although our conversation was brief, he revealed his secret weapon that made him the superior party in this ordeal despite the whip being in another’s hand. This is none other than the Qur’ān; mentioning the āyah in particular:

In what can only be described as a majestic stroke of Allāh’s decree, 35,000 documents were released containing meticulous logs of the imprisonment and mistreatment of Ali al-Marri, which have taken researchers at advocacy group CAGE three years to investigate. In them it details that after the “interrogations”— what the rest of the world calls “torture”—he would spend hours in prayer, reciting the Qur’ān, sometimes to the point of physical exhaustion. During his first Ramaḍān in his cell—barely bigger than a grave, not wide enough to extend his body across—he would strive to complete the Qur’ān every three nights. Then every two nights, and towards the end more than once every night—apparently only limited by physical exhaustion.

Qur’ān was also what he would recite to his torturers in defiance, sparking desperation and exhaustion in them, to the point they “dry-boarded” him—stuffing a sock in his mouth whilst taping both his mouth and jaw shut, mimicking the sensation of choking to death. He said that the bare minimum he would allow himself to recite the Qur’ān was four hours per day, because “in it do hearts find rest”.

International Director for CAGE (the very man who was charged under Schedule 7 of the Terrorism Act for protecting this client’s confidential torture details from the authorities during the investigation, it can now be revealed),[5] Muhammad Rabbani, highlighted the parallels between al-Marri’s and the Prophet Yūnus’ (ʿalayhī al-Salām) actions, who—in the belly of the whale—turned to prayer and the remembrance of Allāh immediately upon realising he was alive. Indeed some scholars said the story of our Master Yūnus and the whale was to facilitate more dhikr from him which was beloved to Allāh.

And had he not been of those who exalt Allāh,

He would have remained inside its belly until the Day they are resurrected.[6]

In taking the dhikr of Allāh so seriously, Shaikh Ali al-Marri was, in fact, reinforcing his own humanity despite his torturers’ dehumanisation of both him and themselves—owing to the fact they denied their own humanity by their actions.

And be not ye as those who forgot Allāh, therefor He caused them to forget their own souls. Such are the evil-doers.[7]

An important lesson for us is that this type of dhikr is available to all of us. It does not require elaborate and esoteric exercises, nor the ever-shortening instant “īmān boosters” in today’s increasingly distracted world. We do not need to be physically imprisoned to be in intimate conversation with Allāh; He has given us all the tools that we need, we just need to put the time and energy into them and give them the attention they deserve.

When it comes to the vast majority of us, no one is denying us access to the Qur’ān. No one is threatening to tape our mouths shut or choke us if we recite the Qur’ān. But despite this, do we have as close a relationship to it as we should? One of the strangest paradoxes in the modern world is that we have access to more “knowledge” (or rather, information) than probably any single person in human history, yet its impact on us is worryingly thin. We have increased automation of the mundane tasks that would busy our parents or grandparents yet somehow we find ourselves shorter and shorter for time.

Try this: next time you finish your salāh, don’t reach for your phone straight away to check what you “missed”.[8] Instead, take heed of the advice the Prophet (sall Allāhu ʿalayhī wa sallam) gave in many different ahādīth: after the prayer, stay still—even to the point of not crossing your legs—and remain in your position for the recommended adhkār after salāh.

As for the salāh itself, then the actions of Shaikh Ali al-Marri remind us of one of its wisdoms enjoyed by the Prophet (sall Allāhu ʿalayhi wa sallam) and his companions. The salāh would be the place they retreated towards when in difficult situations, saying to Bilāl (radiy Allāhu ʿahnu) when the time for adhān drew near:

Relieve us through it, Bilāl!

Although we would also claim the same, our actions often say the opposite—sometimes we pray just to remove the obligation of the prayer, and will jump at any opportunity to take a concession whether it be not praying in congregation (for men), shortening or combining prayers. It is almost as though—Allāh forgive us—we are saying with our actions ‘Relieve us from it’ rather than through it.

Taking the prayer seriously is both a cause and a consequence of increasing īmān. If someone realises that this is the time they are in intimate conversation with their Rabb—the one who created them and looks after them, whose remembrances is to hearts what water is to fish—then it will change the way that person looks at everything else.

He told me that acceptance of the decree of Allāh is what enabled him to bear what was happening to him and accept it. To put it in his own words, it put his “internal fight to rest”.

This is what ʿAqīda is supposed to do to someone.

The true Islamic ʿAqīda is not something that you merely memorise and regurgitate to refute atheists or other false beliefs. True ʿAqīda is supposed to have an impact on your actions, and how you live life. The one who truly has īmān in Qadar is not the one who can refute a Qadari or Jabari,[9] but the one who is content with what Allāh decrees for him or her and acts accordingly.

It is perhaps this quality, which itself likely stems from a solid relationship with the Qur’ān, that was responsible for the next key lesson that Shaikh Ali shared with me. This lesson requires an article in and of itself particularly due to its immense relevance to the Muslim experience in the 21st century, particularly (but not exclusively) for Muslims living as minorities.

Previous: General Haftar returns to Libya following reports of his death
Next: The Windrush scandal is just the tip of the racist iceberg in British politics