The Woman who cried wolf 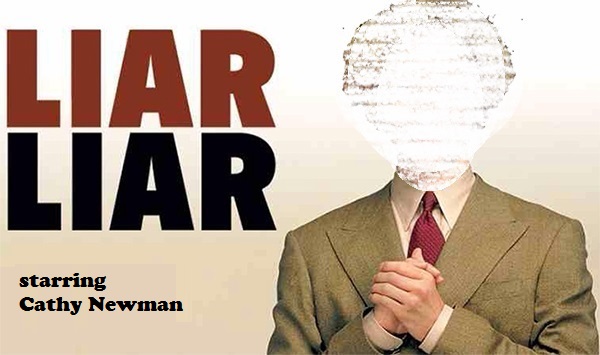 Cathy Newman is slammed on social media as #FictionOn4 trends

The senior Channel 4 reporter’s claims that she was “ushered out of the door” when visiting a London mosque last week, were disproven when the Huffington Post [1] obtained security footage showing Newman exiting the premises on her own.

Newman’s subsequent tweets on the day describing her version of events caused uproar on social media, which resulted in harsh criticism of the South London Islamic Centre in Streatham, and the Muslim community in general. Her tweets were picked up by the Daily Mail [2], Guardian [3], Independent [4] amongst other media outlets, who amid the Islamophobic diatribe taking place on social media, decided to crucify the Muslim community based on Newman’s fabrications.

An example of this was LBC Radio’s tabloid presenter, Nick Ferrari [5], who dedicated a significant part of his show to batter the Muslim community based on Newman’s tweets, until he was put in his place by a Jewish woman who pulled him up on his bigotry. And of course, you had the usual government approved Muslim opportunists who tried to milk the situation to advance their own political ambitions in parroting Newman’s unsubstantiated claims that women being prevented from entering mosques are a common practice. But this is not surprising. Though Newman is not a seasoned Islamophobe like the BBC’s John Ware [6], The Telegraph’s Andrew Gilligan [7] or Daily Mail’s Richard Little John [8], ‘Muslim bashing’ be it physical, verbal or in writing, has become a fashionable method for a quick PR boost for many journalists. It’s the ‘in thing’ at the moment, and has been since 7/7 and post-Woolwich.

Selma: An Islamic Narrative on Martin Luther King by Z A Rahman

The CCTV footage revealed that Newman was mistakenly directed to the wrong mosque, where upon entering, she exchanged a few words with a worshiper that can’t have amounted to longer than 15 seconds, before she left the premises on her own without a man “ushering her through the door” or “onto the streets”.

When this whole fiasco kicked off, South London Islamic Centre [9] made it clear from the onset that all of this was a misunderstanding due to Newman visiting the wrong mosque – but this was taken with a pinch of salt and totally disregarded by the press. So why should the British public and media accept Newman’s justifications of her irresponsible tweets as a mere “misunderstanding”? It’s easy to make a half-hearted ‘apology’ once the damage is done. It then begs the question, why did Newman blatantly lie knowing that it would fan anti-Muslim hatred online, which led to the mosque receiving violent threats and abuse online? Perhaps only Cathy’s invisible usher knows, but she needs to swallow her pride and do the following unless she wants to be haunted by this embarrassing episode for the rest of her career:

It really is that simple. Newman can redeem herself in a single tweet: ‘I apologise to South London Islamic Centre and the Muslim community for lying, which fuelled anti-Muslim hatred online and Islamophobia.’ (135 characters) In return Newman could:

After making contact with Newman, I asked her whether she acknowledged that her tweets had fuelled anti-Muslim hatred online and threats of violence against the mosque – if so, will she apologise for this? If not, what exactly has she apologised for? Was she merely apologising for getting caught? I am yet to hear back from her. Whatever her reasons may be, in reality, if it wasn’t for the CCTV footage, Newman would have got away with her lies which would’ve tarnished the South London Islamic Centre’s reputation, and been a continuous source of ammunition against the Muslim community.

It is also important to note, that on Newman’s Twitter account, she does not state the usual disclaimer, “all views are my own and not that of my employers”, but makes it crystal clear that she is an employee of C4. On the news channel’s website, it states under its social media guidelines for staff: “Behaviour that is inappropriate at work is usually not appropriate on the internet. On Channel 4 designated sites and sites where you identify yourself as a person working on C4 output, avoid abusive or aggressive behaviour and respond to others in a professional manner”, and “If there is a risk that the opinions published could be viewed as those of Channel 4, it is usually appropriate to post a disclaimer e.g. “These comments are my personal views and opinions, not the views or opinions of Channel 4”.” [10] Taking the aforementioned into consideration, it’s clear that Newman’s actions have brought the profession of journalism and C4 into disrepute.

You can file a complaint to Channel 4 via the details provided below, as well as Cathy’s personal work email and that of her agent.

Sign and share the petition calling for channel 4 to fire Cathy Newman for inciting hatred and her lack of integrity https://www.change.org/p/channel-4-fire-cathy-newman-for-incitement-to-hatred-and-lack-of-integrity

cathynewmanlies channel 4 ISLAMOPHOBIA
Share. Facebook Twitter LinkedIn Email Telegram WhatsApp
Previous ArticleSelma: An Islamic Narrative on Martin Luther King
Next Article How the government makes you a terrorist without ever arresting you