United statement against the criminalisation of Islām in UK 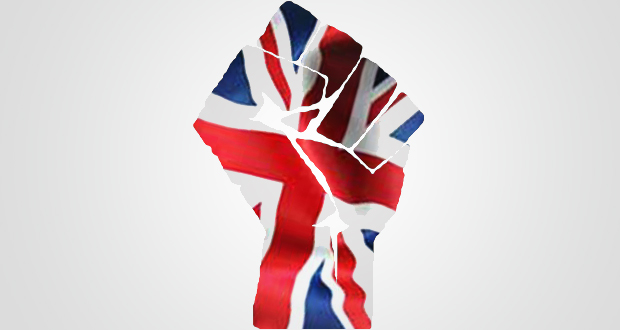 What follows is a joint statement that has been signed by scholars, leaders and activists from all corners of the Muslim community in Britain. A show of unity and cooperation this broad is something very rare if not unprecedented. It includes signatories from a diverse spectrum of theological and political leanings. In shā Allāh this is a good example of the divine injunction,

We hope that it signals the ushering in of a new phase of cooperation and unity among the Muslims of the United Kingdom towards common, noble objectives.

Click here to see the mainstream coverage of this statement

This joint statement expresses a position with respect to the ongoing demonisation of Muslims in Britain, their values as well as prominent scholars, speakers and organisations.

We, the undersigned Imāms, Sheikhs, advocates, activists, community leaders, community organisations and student bodies of the Muslim community, make the following points in this regard:

1) We reject the exploitation of Muslim issues and the ‘terror threat’ for political capital, in particular in the run up to a general election. Exploiting public fears about security is as dishonourable as exploiting public fears about immigration. Both deflect attention from crises in the economy and health service. They are crude and divisive tactics by which the big parties inevitably try to outdo each other in their nastiness.

2) We deplore the continued public targeting of Muslims through endless ‘anti-terror’ laws. There have been approximately ten pieces of legislation since the year 2000, all giving huge powers to the state, which have fuelled a media hysteria even though in most cases no crime was committed. This has created a distressing and harmful backlash towards Muslims, especially women and children.

3) We reject the portrayal of Muslims and the Muslim community as a security threat. The latest Act of Parliament, the Counter-Terrorism and Security Act, threatens to create a ‘McCarthyite’ witch-hunt against Muslims, with nursery workers, schoolteachers and Universities expected to look out for signs of increased Islamic practice as signs of ‘radicalisation’. Such a narrative will only further damage social cohesion as it incites suspicion and ill feeling in the broader community.

4) The expedient use of undefined and politically charged words like ‘radicalisation’ and ‘extremism’ is unacceptable as it criminalises legitimate political discourse and criticism of the stance of successive governments towards Muslims domestically and abroad. We strongly oppose political proposals to further ‘tackle’ and ‘crack down’ on such dissenting voices in the Muslim community despite their disavowal of violence and never having supported terrorist acts.

5) Similarly, it is unacceptable to label as ‘extremist’ numerous normative Islamic opinions on a variety of issues, founded on the Qur’ān and Sunnah of the Prophet Muhammad (peace be upon him), implying there is a link between them and violence, using such labels as an excuse to silence speakers.

6) We affirm our commitment to robust political and ideological debate and discourse for the betterment of humanity at large. The attempts by the state to undermine this bring into question its commitment to its very own purported values and liberal freedoms.

7) We affirm our concern about peace and security for all. We, however, refuse to be lectured on peace-building and harmony by a government that plays divisive politics and uses fear to elicit uncertainty in the general public, whilst maintaining support for dictators across the Muslim world, who continue to brutalise political opposition to their tyranny.

8) We affirm our intention to hold on to our beliefs and values, to speak out for what is right and against what is wrong based on our principles, whether that be on matters such as the securitisation of society, corporate hegemony, war and peace, economic exploitation, social and moral issues in society, nationalism and racism. Not to do so would be dangerous and would leave our community unguided.

9) We call on all fair-minded people in Britain – including politicians, journalists, academics, bloggers and others concerned about fairness for all – to continue to scrutinise the scare tactics, fear-mongering and machinations of politicians, which do not bode well for societal harmony and only increase the alienation felt and experienced by Britain’s Muslim community.

It is time that politicians stop diverting the attention of the British public away from its domestic crises and disastrous foreign policies by repeatedly playing the ‘Muslim’ or ‘national security’ card.

Official statement and a realtime list of signatories can be found on the campaign site, https://jointmuslimstatement.wordpress.com/

If you agree with this statement please email [email protected].