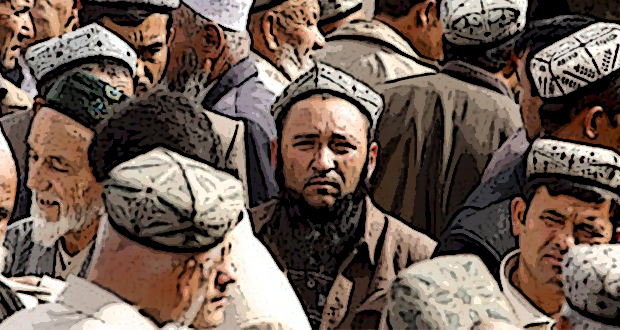 Chinese Uyghur Muslims Under Oppression: Where is the World?

Attention by the mainstream press on the situation of Chinese Uyghur Muslim minority is dwindling. This, however, does not mean that their oppression by the Chinese government has ended. Just a couple of weeks ago I met a Chinese Uyghur Muslim who had left enormous landlocked Xinjiang to pursue further education in the UK. We had a thought-provoking conversation about the situation of his community in China.

To practice Islām completely in the vast autonomous region of north-western China is to live under an intricate series of regulations and restrictions directed to prevent the spread of Islām in the country. For around 8 million Muslim Uyghurs, discrimination, harassment, and oppression have become a horrific reality. Violent clashes with state forces have frequently occurred. Last year, for example, a protest turned riot ended in a large number dead.

The Chinese government has and continues to use heavy-handed strategies to suppress the Uyghur minority. Two of Islām’s five pillars – observing the fast in the holy month of Ramadan and the pilgrimage to Mecca – are also strictly regulated.[1] [2] Workers may lose their job if found to be praying or fasting at work during Ramaḍān – this is, reportedly, as it has been all along.[3] There have been cases where school students are forced to eat and drink during daylight in Ramaḍān or face dismissal.[4] Restaurants which closed during Ramaḍān are threatened with fines and cafeterias at state institutions are required to keep records of who has eaten.[5]

Not satisfied with prohibiting fasting, praying, and ḥajj, the government has long attempted to restrict the use of a veil for Muslim women, often through official order. More recently, the government introduced a new repressive regulation called “Project Beauty,” in which women are prohibited from wearing the face veil, known as Niqāb in Arabic, and men are not permitted to grow their beard.[6]

The New York Times also reported that Chinese Uyghurs are only permitted to use a specific version of the Qur’ān which had been approved by the authority.[7] Imāms are forbidden to hold private Islamic circles, and learning Arabic is only permissible at particular government institutions.[8] It was reported earlier this year that Imāms were forced to dance in the street and to tell the people to stop practicing Islām.[9] There have also been incidents where Imāms are specifically targeted by the security forces.[10]

The government has labeled every major attack in the country as ‘terrorist’ attacks and has blamed them on Muslim Uyghurs.[11] Many of them have been sentenced to death and some to life imprisonment.[12] However, most of these allegations are weak, and evidence is rarely publicised. China has also imprisoned Uyghur activists, teachers, journalists, and writers for exposing the regime’s policy towards the Uyghur minority. It does not stop there, however, the Uyghur’s religious activities being restricted. The BBC reported that central government policies have gradually curtailed their commercial and cultural activities.[13]

Although several Human Rights organisations have warned the Chinese government for its continuous oppression against the Muslim Uyghur minority, their calls have frequently fallen on deaf ears.[14] The government claims that their actions are justified as a means of counter-terrorism. China has been seeking global support for its own campaign against the Uyghur minority by depicting them as terrorists with overseas connections. This situation has been exacerbated by the fact that not only has the government unwittingly contributed to the oppression, but the international community has also largely maintained its silence on the situation.

Undoubtedly, the ongoing oppression against the Chinese Muslim Uyghur minority cannot be allowed to continue. These people need serious, real, and genuine efforts by both the Chinese government and the world community to end this continuing misery.

If it is true that these people are a threat to Chinese society, it must be acknowledged that assassinating them, imprisoning them, or inhibiting them from practicing their religious duties would not in any way solve the problem. Rather, they are only likely to enforce antagonism and extremism. It is hard to see when all of this is going to end, but one thing has to be made very clear: if all of us remain silent, we will eventually have to pay a heavy price.

This desire to help then needs to be steered towards means which will help bring about an ease to the suffering of our brothers and sisters. The first and foremost means to anything as a Muslim is to turn to Allāh sincerely that He gives us the tawfīq to make change. A truly believing Muslim is one who sees this causal relationship between du’ā and achievement, like he or she sees the relationship between eating and satiation; between fire and burning; the natural laws. Unfortunately du’ā is often looked down upon as something for the weak to take part in or as a last resort, but if we truly appreciated the power of Allåh and our dire need for Him, then we would realise the priority that du’ā has in any pursuit.