The Fiqh of Finders Keepers 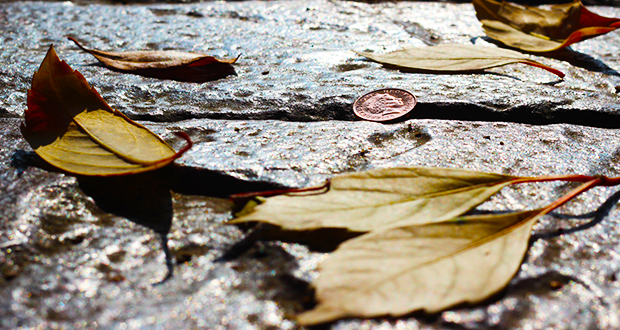 This section in the books of Fiqh is usually entitled ‘The Chapter of Luqaṭa’ which include definitions of al-Luqaṭa as property or wealth lost by the owner, even if carelessly, and the rulings pertaining to those who find such property.[1] Traditionally, and this can still be the case in many countries, discussions would extend to finding such items as herds of animals, food, gold and silver kept in pouches, or even lost captives.[2] The types of property that come under discussion are mostly possessions such as money, clothing or jewellery. We will, however, endeavour to mention all the types for the benefit of those who might find themselves in such situations.

It has to be emphasised that finding someone’s lost or misplaced property bears with it great religious responsibility and, not only does the item have to be protected and kept safe, it is also incumbent upon the one who finds it to actively search for the owner for, oftentimes, the period of one year, as will later be discussed. If, after the expiry of a year, wherein Islamic law permits the consumption or spending of the item, the owner appears, there is still a financial obligation upon the one who discovered the item to replace it. In fact, there is never a point where the finder is free from this obligation. Many scholars have even suggested that when one is to write a will, they should mention any property they have found even if they have spent from it so that if later on the owner or those from the owner’s lineage were to appear, the inheritors could return the item or its value in money.

If a person, Muslim or not, adult or child, even if morally corrupt,[3,4] finds an item on the streets, or in deserted territory unowned by anyone, they have the choice to pick it up or leave it. If they are trustworthy, and provided they will fulfil the Islamic rights associated with finding lost property, taking it is better than leaving it. There is also no Islamic obligation upon them to have their findings witnessed over. If, however, they decided to leave it, they then have no Islamic responsibility over the item.

If a small boy or girl finds lost property, then their guardian has the choice of whether to take on the responsibilities of making it known that such an item has been lost or returning the item to where it was found. If, however, they keep it in their possession and, after having advertised it for the obligatory period, no one comes to claim it the guardian can take ownership of it on behalf of the child provided that there is benefit for them.

The responsibility of the one who finds it

I. Knowledge of its properties and attributes.[5]

If there is a bag of money, it must be opened and its contents carefully examined. If the item is weighable it should be weighed and if it has a volume it should be measured. Its quantity should be counted and recorded. If it was found in a container such as a bag it should also be noted.

The maximum time that is obligatory upon the finder to advertise is one year. The less significant the item is in terms of importance or value,[7] the less time that needs to be spent in advertising it. If a person loses one pound, it is unlikely that they will spend weeks and months looking for it; they might just visit the place where they believe they dropped it and thereafter probably move on. Whereas, if the amount is thousands of pounds it is more likely they will spend a significant amount of time searching for it. Therefore, a careful look at the area and the customs of the people should be considered when considering the time and effort spent in advertising lost goods as different areas will place different significance on the value of items. Some scholars broke down the time frames of advertising depending on the significance of the lost item; so it might be that an item will be advertised for a week, whilst others a month, whilst others six months. However, after a year, there is no longer need to advertise and the finder can keep the item for themselves.

Technological advancements have perhaps made advertising easier, especially with the advent of mobile phones, printing and the internet. So, in the case of advertising an item in today’s world, printing leaflets and leaving them in popular congregational places near where the item was found is fairly easy. If an item was lost nearby shops, a phone number can be distributed to local shop owners and if anyone enquires as to the item they can pass on the number. Many major supermarkets have lost property desks, and noticeboards are in the plenty in town areas.

If it is publicised that an item was found, certain characteristics of the item can and should be mentioned. However, if too much is given away, this is considered carelessness and the person is liable to cover the cost if the real owner is found.

The item should be protected. According to some scholars,[7] if the item is monetary the exact same specific money should be kept. Therefore if someone finds £1,000, they should not spend an amount of it, even if they know that were the owner found it could easily be replaced – rather the same notes should be kept. A possible reason is to limit the possibility of debate that could occur should more than one person claim the money. Both may claim the £1,000 was in £50 notes and describe the wallet that it was found in. However, one has knowledge of the numbers on each note, giving credibility to the real owner of the lost item. And yet, other scholars allowed the money to be replaced with a similar amount.[8]

The item should be safeguarded according to the customs of the people and in accordance to what the lost item is. Therefore, with substantial amounts of money, gold or jewellery a locked safe or a bank would be fitting of today’s customs. Food should be stored in a dry, cool place so it remains fresh and animals should be kept in stables or secure farmland. Care should be taken for if there is negligence in safekeeping the item and the owner appears the person who found the item is liable to pay the full value or to replace it with something similar.

If the owner is found

I. If the owner can be found before the year period and the same item is still available, it is obligatory to give that item back as it is. If the item was used then its value needs to be returned. If it was something that could not last the year period, then this ruling will be discussed in the next part of this article. If, however, the item was destroyed or stolen and it was neither the fault of the finder nor due to their negligence, then nothing needs to be returned. If however, there was fault on behalf of the finder, then either its value can be given in warranty, or an item of a similar nature. If the item was partially destroyed, then a covering cost should be returned with the item.

II. If after the year period the item is still available and the owner appears and claims it, according to the stronger stance of Imām al-Shāfi’ī’s school, it should be returned without replacement even if the finder would like to keep it.

The four types of lost property

I. The item does not change with time such as gold, silver or money. The ruling of this is discussed above.

II. The item will only last a certain time period such as food or coupons that have expiry dates. In such a case there are two options: either they can eat the food, calculate its price and give that to the owner should the owner appear, or they can sell the food and save the money for the owner.

III. Items that can be preserved for a time by treatment such as drying out dates or grapes. In such a case the finder should look at what is the best solution for all parties, either to sell the item and save its money, or to treat the item and keep it as it is.

IV. An item requiring money to be spent on it such as animals. These are divided into two categories, those which can look after and protect themselves from attack such as camels and those which cannot such as sheep.

– As for the animal which cannot protect itself, the finder has a choice between eating it and calculating its value which it will return to the owner, or keeping it, looking after it or selling it and saving the money.

I have not translated the text word for word but there is a heavy reliance on it.

[2] Although having captives, traditionally viewed as a person being the ‘possession’ of another, to be purchased or sold and used as a servant, is no longer a reality, many older Islamic texts would deal heavily with the rulings surrounding captives as it brought with it a variety of Islamic responsibilities and obligations.

[3] A Fāsiq has many definitions in Islamic terminology, but is generally seen as one who has moral depravity. Some scholars determined a Fāsiq as one who openly sins whilst others were more specific to certain sins that a person would commit.

[4] If the land is under Islamic governance then an Islamic judge can order that if a corrupt person (Fāsiq) finds a lost item that it be removed from his possession and given to someone who is trustworthy, or that he can appoint a person to make sure that no cheating takes place when advertising the finding of the item.

[5] Some Fiqh texts give six attributes that have to be known about the item:

[6] The classical books mention that for the first few weeks a person should go twice a day to places where people congregate close to the place where the item was found and let people know that an item was found (but not at night nor at the time of the mid-afternoon nap). If after a few weeks the owner is not found, then once or twice a week until the end of the year period.

[7] If the intention of the finder is to keep the item after the advertising period, and by storing the item or by advertising it there is a cost to the finder, it is their responsibility to cover all costs. However, if it is only their intention to keep it safe until the owner is found, then an Islamic judge can order that these costs be covered by the Muslim central bank (Bait al-Māl) if the finder is not willing to cover them. It may be that the owner will be willing to cover these costs later on.