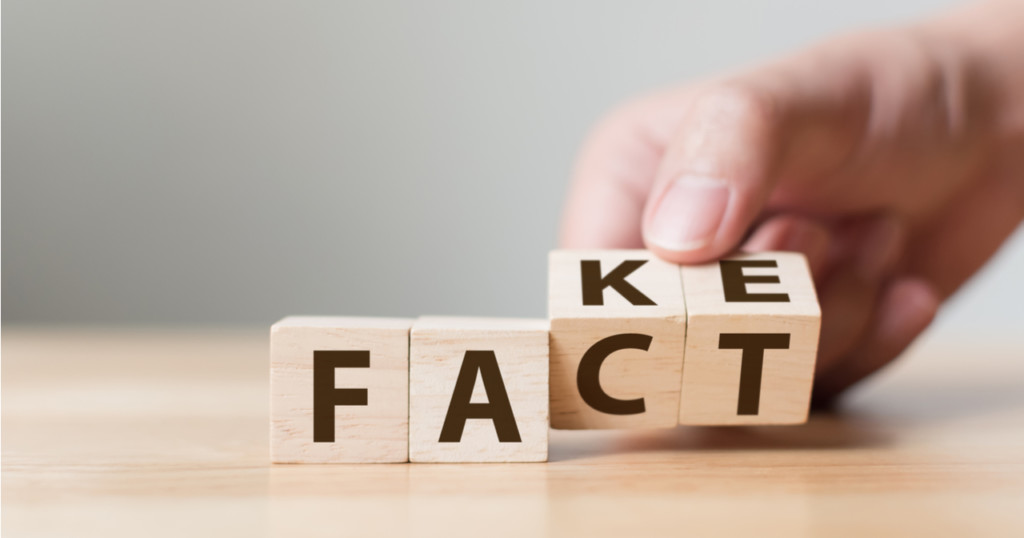 France, Germany, and the Netherlands have all halted their weapons exports to Turkey.[1] The US imposed sanctions in response to its operation ‘Peace Spring’ in northern Syria.[2] The operation, despite being aimed as dislodging control of the YPG-dominated (and euphemistically-named) ‘Syrian Democratic Force (SDF)’ in Syria’s northern regions, is still being dubbed a ‘war against the Kurds’ by some.

The YPG is a recognised extension of the PKK. The US,[3] UK, and Turkey have all outlawed the PKK as a proscribed terrorist organisation, who are responsible for the deaths of tens of thousands of civilians in mainland Turkey. Some segments of the media however continues to infer that it is only Turkey that makes this association. It is as if, in the age of information, the world did not see their true colours unfurling on banners featuring the face of PKK-founder, Abdullah Ocalan, all over Syria, in their moment of excitement in overrunning Syria’s north.[4] It fact, the ideological association was declared on their website before it was removed, yet still persists on the social media profiles of countless YPG activists and fighters.

In the words of the taxpayer-funded BBC, (emphasis added) “Turkey considers…the Kurdish-led alliance a terrorist organisation. It says it is an extension of a Kurdish rebel group fighting in Turkey.”[5] What creativity!

In the words of Stephen Gowans in his article “The Myth of the Kurdish YPG’s Moral Excellence”:

When PKK fighters cross the border into Turkey, they become ‘terrorists’, according to the United States and European Union, but when they cross back into Syria they are miraculously transformed into ‘guerrilla” fighters waging a war for democracy as the principal component of the Syrian Democratic Force. The reality is, however, that whether on the Turkish or Syrian side of the border, the PKK uses the same methods, pursues the same goals, and relies largely on the same personnel. The YPG is the PKK.[6]

How can some laud the US-led coalition, its YPG-led ground force and SDF brainchild, both complicit in harrowing crimes, as a ‘liberation’? It takes very little to conclude that the uproar against Turkey has very little to do with the SDF’s fight to ISIS. If such were the case, then NATO’s ‘ally’ Turkey also took the fight to ISIS in Jarablus. In fact, Turkey was the only active NATO member to dislodge the group on the ground in the form of an organised army.[7]

Whilst the Turkish ally apparently ‘invades’, the PKK-affiliates had instead ‘liberated’. Imagine if such terminology was afforded to all groups the US and EU labelled as terrorists. In 2015, France drafted a resolution to “take all necessary measures” against ISIS and al-Nusra Front. The latter was an ethnically Syrian arch-enemy of the former, but nonetheless a legitimate ‘terrorist’ target.

Some outlets went to the extent of fabricating images to show the extent of Turkey’s ‘slaughter in Syria’.[8] It is rather unfortunate that their cameras were not on the ground when the US-led coalition blitzed Syria’s north with 11,235 airstrikes as part of ‘Operation Inherent Resolve’.[9] No fabrications would have been needed.

According to the Syrian Observatory for Human Rights, between September 2014 and May 2019, more than 4,000 Syrian civilian citizens, including 972 children under the age of eighteen, and 712 citizen women over the age of eighteen, were killed in Syria’s east-Euphrates provinces of al-Hasakah, Al-Raqqah, Aleppo, Idlib, and Deir Ezzor by the US-led coalition.[10] No doubt expendable “collateral damage” in some people’s estimation.

The US-led coalition’s concerns are very much besides their concern for ‘civilian casualties’.[11] The relentless US-led bombing obliterated Syria’s north and decapacitated many divisions in the rebellion against both the regime and ISIS. In one coalition airstrike, more than 140 fighters in various rebel factions were killed.[12] According to Amnesty International, the coalition’s YPG ground force led a deliberate, “co-ordinated campaign of collective punishment of civilians in villages previously captured by IS, or where a small minority were suspected of supporting the group” not associated with the fighting. Satellite images illustrate an inordinate scale of home demolitions, with up to 94% of some villages razed and burned to the ground by the US-EU-backed ground-force.[13]

Satellite images obtained by Amnesty International illustrate the scale of the demolitions in the Husseiniya village in the Tel Hamees countryside. The images show 225 buildings standing in June 2014, but only 14 remaining in June 2015 – a shocking 93.8% reduction. The separatist group, bolstered by the US, Europe, and Israel,[14] has since displaced hundreds of thousands of inhabitants from their homelands (East of the Euphrates River) to neighbouring Turkey as well as hundreds of thousands from western districts. In 2015, Lama Fakih, Senior Crisis Advisor at Amnesty International, demanded:

“It is critical that the US-led coalition fighting IS in Syria and all other states supporting the Autonomous Administration, or co-ordinating with it militarily, do not turn a blind eye to such abuses. They must take a public stand condemning forced displacement and unlawful demolitions and ensure their military assistance is not contributing to violations of international humanitarian law.”

A “Fight Against Kurds”? An “Invasion of Kurdish Territories”?

Kurdish people that do not support these proscribed groups would be particularly concerned when they see reputable media outlets using such terminology. It would imply that ‘Kurds’ are a monolithic group of people with a uniform political ideology and objectives.

Kurds have existed as a discernible group for as long as two thousand years. It was only at the turn of the twentieth century that secularist nationalist movements sprouted up almost at precisely the same time that other types of ethnic-nationalisms beleaguered the ailing Ottoman Caliphate. Religious solidarity and brotherhood based on Islam, and citizenship of the Caliphate based on religious identity, or millet, mutated into a new philosophy based on the ‘ethnic’ nation-state. This naturally disadvantaged minority Kurdish communities.[15] Colonial powers played on previously unnecessary ethnic divisions to shape out today’s nation-states, instigating the downfall of the last Caliphate. The problem of a region, hacked by colonialists into powerless ethno-minority-states, will definitely not be mended through another divide. I say this not just for Kurds but also for Arab nationalism, being of Palestinian descent myself. The answer to the oppression of Palestinians is likewise not a secularist, nationalistic Palestinian nation state, but the unity and strengthening of the Ummah at large.

Kurds live across four countries and some of them aspire to statehood; they are not isolated in northern Syria. In fact, of the four countries, the Syrian-Kurdish community is the smallest. Less than two million live in Syria and whilst they are concentrated in the north, they do not form the majority ethnic group there. We can take a step further and say that to call Turkey’s involvement an ‘aggression’ or ‘war against Kurds’ is intentionally inflammatory. Kurds, who fought against the oppressive ramifications brought onto them by the wretched nationalism mentioned above, should read this fictitious display of ethnic sympathy as just another instance of colonial opportunism on the back of their repression.

The regions between Turkey and Syria, previously overrun by SDF forces, are an almost indiscernible melting-pot of ethnicities. And many are almost entirely ethnically Arab districts. This is not to play on ethnic sensitivities, but a statement of fact. Arabs, for instance, are the largest ethnic group in all of Raqqa, Deir ez-Zor, al-Hasakah, Manbij, Tel al-Abyad, and Tel Raf’at. The remainder are not entirely Kurd, but a mixture of Kurds, Turkmen, Circassians, and Assyrians.

The northern-Syrian city of Qamishli, adjoining the Turkish city of Nusaybin, was established by the Assyrians in the 1920s. Kurdish-populated ‘Ayn al-Arab, or Kobane in eastern-Aleppo was originally inhabited by Arabs followed by Armenians prior to World War I. Manbij, northeast of Aleppo, was inhabited by Assyrians centuries before Christ. Similar can be said about Afrin, Malikiya, and al-Hasakah to which ethnic Kurds migrated and settled.

Even the SDF is not ethnically only ‘Kurdish’ by any stretch of imagination. In fact, around 40% of the group is non-Kurdish and amongst its fighters are Arabs and Turkmen. Likewise, the Syrian National Army, which has been fighting the YPG, is also not entirely Arab. Some battalions like the ‘Hamza Brigade’ is nearly 70% Kurdish, operates under the Turkey-backed Free Syrian Army and fights alongside Turkish forces.[16] The simplistic Turk vs Kurd or Arab vs Kurd binaries are dangerous and misleading distractions that serve the neo-imperialist interests of divide-and-rule, that break down once the facts on the ground are revealed

Operation ‘Peace Spring’ is not to repatriate only Syria’s ethnic Arabs either. Around 300,000 ethnically Kurdish refugees have been displaced from Syria and live in neighbouring Turkey.[17] The fight against the SDF, a force of some 50,000 militiamen, around half of whom are ethnically Arab,[18] is at the expense of repatriating ten times that number of ethnic Kurds. One would thus be more justified, statistically, calling it an operation to repatriate Kurdish people rather than a war against them. Ponder the power of the agenda at play to paint it as the latter rather than the former.

There is no doubt that there is a large Kurdish presence in Syria’s north. But the question is: should every ethnic composition or concentration form a separate state? If such were the case, should the four million displaced Syrians living in destitution and clustered in Turkey’s south also demand independence? In reality, if ethnicity were grounds for independence, the extraordinary diversity of the region, including the Anatolian Peninsula, is such that there would be countless quasi-states.

The absurdity of claiming Turkey’s operation is a war or invasion against Kurds as an ethnicity is compounded by the fact that Turkey contains the largest population of Kurds in the world – around 15 million.[19] In the last Turkish General Election, the People’s Democratic Party (HDP), representing a sizeable segment of Turkey’s Kurdish population, won more than 10% of parliament.

There is indeed systemic disadvantage and even oppression that Kurdish people have suffered in Turkey—which is of little surprise considering modern Turkey’s secularist, nationalist underpinnings. However, it would be simply unjust to ignore the recent initiatives (under the AK Party) to try to address grievances and politically enfranchise Kurdish communities, and end Turkish-Kurdish conflict, whilst attempting to address the historic economic disadvantages afforded to majority-Kurdish areas in the South-East of the country. It is difficult to reconcile between Kurdish political assimilation and economic development on one hand, and a desire to ‘fight the Kurds’ as an ethnic community, on the other.

Last but not least, it is an affront to the Kurdish people to label an offensive against the PKK as one against “The Kurds”. If nothing else, it promulgates the narrative that the groups (SDF/YPG) acknowledged as having carried out US-coalition-augmented war crimes, including forced displacements, kidnapping, and mass home demolitions akin to ISIS, are actually the generality of the Kurds. The ‘sympathetic’ narrative supposed by some is thus not so sympathetic after all.