Why the world needs to know about Edwin S Montagu 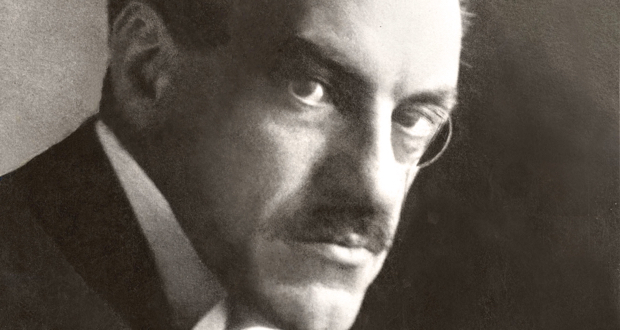 On 23 August 1917, when the question of fraudulently giving the land of Palestine to Zionists was discussed in the Commons (what was to be known as the Balfour Declaration), the only Jew in the cabinet in parliament that day was Edwin Samuel Montagu. He passionately rejected the motion where he submitted a memorandum entitled ‘Anti-Semitism of the British Government’ which stated the following:

I have chosen the above title for this memorandum, not in any hostile sense, not by any means as quarrelling with an anti-Semitic view which may be held by my colleagues, not with a desire to deny that anti-Semitism can be held by rational men, not even with a view to suggesting that the Government is deliberately anti-Semitic; but I wish to place on record my view that the policy of His Majesty’s Government is anti-Semitic in result and will prove a rallying ground for Anti-Semites in every country in the world.

…. I do feel that as the one Jewish Minister in the Government I may be allowed by my colleagues an opportunity of expressing views which may be peculiar to myself, but which I hold very strongly and which I must ask permission to express when opportunity affords.

Zionism has always seemed to me to be a mischievous political creed, untenable by any patriotic citizen…  I have always understood that those who indulged in this creed [Zionism] were largely animated by the restrictions upon and refusal of liberty to Jews in Russia. But at the very time when these Jews have been acknowledged as Jewish Russians and given all liberties, it seems to be inconceivable that Zionism should be officially recognised by the British Government, and that Mr. Balfour should be authorised to say that Palestine was to be reconstituted as the “national home of the Jewish people”. I do not know what this involves, but I assume that it means that Mahommedans [Muslims] and Christians are to make way for the Jews and that the Jews should be put in all positions of preference and should be peculiarly associated with Palestine in the same way that England is with the English or France with the French, that Turks and other Mahommedans in Palestine will be regarded as foreigners, just in the same way as Jews will hereafter be treated as foreigners in every country but Palestine. Perhaps also citizenship must be granted only as a result of a religious test.

I lay down with emphasis four principles:

– I assert that there is not a Jewish nation. The members of my family, for instance, who have been in this country for generations, have no sort or kind of community of view or of desire with any Jewish family in any other country beyond the fact that they profess to a greater or less degree the same religion. It is no more true to say that a Jewish Englishman and a Jewish Moor are of the same nation than it is to say that a Christian Englishman and a Christian Frenchman are of the same nation: of the same race, perhaps, traced back through the centuries – through centuries of the history of a peculiarly adaptable race…

– When the Jews are told that Palestine is their national home, every country will immediately desire to get rid of its Jewish citizens, and you will find a population in Palestine driving out its present inhabitants, taking all the best in the country… I have always understood, by the Jews before Zionism was invented, that to bring the Jews back to form a nation in the country from which they were dispersed would require Divine leadership. I have never heard it suggested, even by their most fervent admirers, that either Mr. Balfour or Lord Rothschild would prove to be the Messiah…

I would be almost tempted to proscribe the Zionist organisation as illegal and against the national interest.

– I deny that Palestine is to-day associated with the Jews or properly to be regarded as a fit place for them to live in. The Ten Commandments were delivered to the Jews on Sinai. It is quite true that Palestine plays a large part in Jewish history, but so it does in modern Mahommendan history, and, after the time of the Jews, surely it plays a larger part than any other country in Christian history. The Temple may have been in Palestine, but so was the Sermon on the Mount and the Crucifixion. I would not deny to Jews in Palestine equal rights to colonisation with those who profess other religions, but a religious test of citizenship seems to me to be the only admitted by those who take a bigoted and narrow view of one particular epoch of the history of Palestine, and claim for the Jews a position to which they are not entitled.

– I feel that the Government are asked to be the instrument for carrying out the wishes of a Zionist organisation largely run, as my information goes, at any rate in the past, by men of enemy descent or birth, and by this means have dealt a severe blow to the liberties, position and opportunities of service of their Jewish fellow-countrymen. I would say to Lord Rothschild that the Government will be prepared to do everything in their power to obtain for Jews in Palestine complete liberty of settlement and life on an equality with the inhabitants of that country who profess other religious beliefs. I would ask that the Government should go no further.”

Montagu’s protest was of course ineffective although some concessions were made as a result of his plea. The original text of the Balfour declaration had read “Palestine should be reconstituted as the National Home of the Jewish people.” After Montagu’s attack, the text was changed to read “the establishment in Palestine of a Home for the Jewish people.” A clause was also added protecting the rights of existing non-Jewish communities in Palestine.

It is interesting to note that the only Jewish cabinet minister was vehemently against the formation of a “Jewish Homeland” and considered Zionism to be a criminal organisation. Montagu very clearly recognised that the formation of a Zionist state would act “as a rallying ground for anti-Semitism in every country in the world” and he has been proven correct in this regard as many unfortunately conflate Zionism with Judaism, which is of course unfair and Montagu is clear evidence of this.

Edwin continued to courageously speak out against British policy. Later in 1919 after WW1, Montagu led the Indian delegation at the Paris Peace Conference where he opposed plans for dividing Turkey (including the Greek occupation of Smyrna and the projected removal of the Sultan from Constantinople). On this subject, at the Council of Four on 17 May 1919, he introduced representatives of Muslim India (including the Aga Khan) and urged that Muslim peoples were beginning to see the Conference as “taking sides against Islam”.[2]

Montagu’s fears of the creation of a Jewish Homeland exacerbating the issue of anti-Semitism were realised, as were his predictions of the native Palestinian peoples being subjugated and pushed to becoming second-class citizens in their own land. Montagu’s stance means that he must necessarily be a household name in every Muslim home and school, for he was a brave and courageous politician who did not fear speaking the truth.

That his was the only Jewish voice in the cabinet and his opinion so obviously silenced with a feeble change in documentation titling demonstrates the staunch position of the Government at the time and points to an agenda they insisted be fulfilled.

Montagu’s response evidences that historically there were no issues between the Jews and Muslims and we must necessarily be wary of falling into the trap of looking through the lens and tradition of European anti-Semitism that went back millennia. Never in history did Muslims have a global issue with ‘the Jews’, rather it is a phenomenon that has unfortunately occurred succeeding the creation of Israel. Oftentimes both Muslims and non-Muslims wrongly conflate Zionism with Judaism, but Montagu’s memorandum clearly illustrates the threat Zionism poses to people of both religions, and highlights for them the inconvenient history of Jews and Muslims.[3] The creation of a Zionist state resulted in many Jews having to leave the countries they had lived in for hundreds of years under the protection of the Muslims, becoming displaced and displacing others.

Zionism has always seemed to me to be a mischievous political creed, untenable by any patriotic citizen […] I would be almost tempted to proscribe the Zionist organisation as illegal and against the national interest […] When the Jews are told that Palestine is their national home, every country will immediately desire to get rid of its Jewish citizens, and you will find a population in Palestine driving out its present inhabitants, taking all the best in the country.

[1] Montagu, Edwin (23 August 1917). “Memorandum of Edwin Montagu on the Anti-Semitism of the Present (British) Government”

[2] The Deliberations of the Council of Four: Notes of the Official Interpreter Paul Mantoux tr. A. S. Link (Princeton, 1992)]