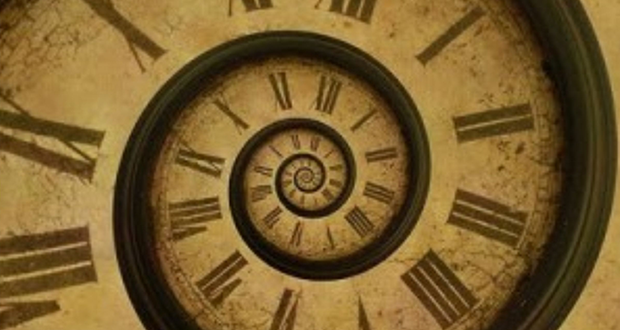 This question may seem confusing or pointless, but before you read on, I want you to ponder for a moment over what you feel the difference is.

Sha’bān is the month where last year’s account of good and bad actions for every individual ascends to Allāh. As we know, there are four instances when our actions ascend to Allāh: the daily record, weekly record, yearly record, and the whole life record. [1]

We are encouraged to do good and seek repentance especially in these instances. The daily record ascends twice, as the actions of the night ascend in the morning, and the actions of the day ascend in the night. It is due to this that it is from the Sunnah to seek forgiveness in the morning and the evening, as we want our sins to be forgiven before they ascend, and we want it to ascend while we are in a righteous state.

The whole life’s record ascends when we die, and since we never know when that is, nor are we usually strong enough to do good actions close to the pangs of death, we should always be in a constant state of repentance and seeking forgiveness from Allāh, as well as doing a lot of good actions.

As for the yearly record, it is reported that Usāmah ibn Zayd (may Allāh be pleased with them both) said: “I said, ‘O Messenger of Allāh, I do not see you fasting in any other month like you fast in Sha’bān.’ He (SallaAllāhu ‘alayhi wasallam) said, ‘That is a month to which people do not pay attention, between Rajab and Ramadān, and it is a month in which deeds are lifted up to the Lord of the Worlds. I like for my deeds to be lifted up when I am fasting.’” [3]

The answer to the question is that the difference is a whole year of your life has passed. A whole year of more than 350 days of actions recorded. The actions of the days are recorded, not neglecting any hour, nor second of each day. Ibrahīm al-Nakh’ī used to cry to his wife every Thursday, and she used to cry too and he used to say, “Today our actions will be put forth in front of Allāh”. So how about the actions of the whole year!

Sit down and try to reflect on what you did in the past year and try to remember the actions that will be put forth in front of Allāh.

How great is your heedless state of this great month and of your actions that will be put forth in front of Allāh?

How many sins have you committed this year?

How many harām gazes have you not restrained our eyes from this year?

How much of your brothers’ and sisters’ flesh have you eaten this year due to backbiting?

If you were present when someone was backbiting another, did you stop them? Or at least leave that congregation?

How many times did you listen to harām?

Did you protect your hands from falling into harām?

Did you stop your feet from taking you to harām?

How much good did you enjoin?

How much evil did you forbid?

How many hours did you waste?

How neglectful have you been of your brothers and sister around the world?

Was there a time when you ate something which caused Allāh to be angry with you?

Was there a word that you said which caused your place in Jahannam to dwell deeper than the distance between the East and the West?

Was there a time when you were alone, you were heedless of Allāh watching over you, and you committed sins which distanced you from Jannah and from your Lord?

How I wonder, what is our position in the eyes of Allāh at the end of this year?

The sadaqah given in secret accepted from The most Generous, The most Kind

The thirst during the voluntary fasts rewarded with rivers of wine, honey, and milk from The Most High

Limbs washed with water from wudū will be lit up on a day of complete darkness.

You may be asking, “What do you want me to do now?” My brothers and sisters, every day that has passed in this previous year has been an extra chance for you to do good, and now that you have looked back at what you have done and what will be put forth in front of Allāh, it is time to realise that Allāh has blessed you by letting you live until this day. So many people have died during the past year, yet Allāh has let you live, and even let you read this reminder to encourage you to turn back to Him, so now is the time to do so.

We are now in Sha’bān, so make sure you make full use of it, and repent and seek forgiveness from Allāh for all your sins and shortcomings, so that they are forgiven before they ascend to your Lord. Sha’bān is a month which many people neglect, and the Prophet (SallaAllāhu ‘alayhi wasallam) and the salaf used to do a lot of worship during the times that people neglect. Imagine you are worshipping Allāh at a time which many people neglect, and when Allāh looks at His creation during that time, only a few humans are engaging in worship, and you are one of them! Sha’bān is a time of fasting, as the prophet (SallaAllāhu ‘alayhi wasallam) used to fast the majority of this month, so ensure you follow his Sunnah and increase in fasting. Also, make sure you prepare yourself for Ramadān by increasing in qiyāmul-layl, reading the Qur’ān, voluntary prayers, constant dhikr, so that when Ramadān comes, you are fully prepared for it and are already used to doing righteous actions.

Finally, I would like to remind you brothers and sisters that you will never see from good except its signs, and you will never see from bad except its signs, for all the good is in Jannah and all the bad is in Jahannam, so make sure you are not deceived by material deceptions and swap them for what is really good. And know that every life has its people, so make sure you are from the people of the hereafter, and not the people of this life.

May Allāh increase us in good and make us from the ones who remember as soon as a shaytān whispers in our ears. O Allāh, increase our life so that we reach Ramadān and make it our most fruitful Ramadān to date.

Much of this article has been incorporated from a previously written article in Arabic, found here: http://www.islamway.com/?iw_s=Article&iw_a=view&article_id=7739

TAZKIYAH
Share. Facebook Twitter LinkedIn Email Telegram WhatsApp
Previous ArticleRohingya – what does it mean to be stateless?
Next Article Da’wah techniques from a Qur’anic Role Model