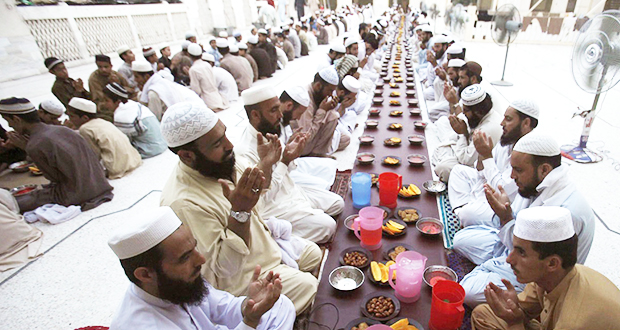 We have come to the end of the sacred month of Rajab, according to the Umm al Qura calendar, with today or tomorrow being the last day depending on the birth of the new moon . The first of Sha’bān 1436 will thus correspond with the 19th or 20th May 2015 depending on the decision made within each country. Sha’bān is the eighth month of the Islamic calendar and considered one of the special months for which we find particular sunan of the Prophet (sallAllāhu ‘alayhi wasallam). It is reported that the Prophet (sallAllāhu ‘alayhi wasallam) would fast most of the month of Sha’bān except for the last few days.

Although these fasts are supererogatory we can see how much importance the Prophet (sallAllāhu ‘alayhi wasallam) attached to them. We know that when he was asked by Usāmah b. Zayd concerning his observance of the Sha’bān fasts, he answered, “It is a month that people neglect between Rajab and Ramadān; a month in which people’s deeds are taken up to the Lord of the Worlds and I would like my deeds to be taken up when I am fasting.” This hadith clearly indicates the importance of Islamic months, and living in the west we must maintain a relationship with Islamic religious symbols, the Islamic calendar being an important one. Additionally, the Prophet (sallAllāhu ‘alayhi wasallam) informed us of matters of the unseen, namely that our actions are taken up in this blessed month, and so, it would be sensible to be in a state of servitude whilst being taken to account.

We also know that the Prophet (sallAllāhu ‘alayhi wasallam) prayed for Sha’bān to be blessed and connected it to Ramadān thus informing us of an inextricable link between the two. He would supplicate, “O Allāh, make the months of Rajab and Sha’bān blessed for us, and let us reach the month of Ramadān (i.e. prolong our life up to Ramadān, so that we may benefit from its merits and blessings).”[2]

Many people find it difficult getting into the spiritual state that Ramadān requires and complain in the last ten days of the great month that their month has gone to waste. A major reason for this it seems is that they assume that Allāh would have Muslims worship him one month of the year! Whilst worship is a daily affair, Allāh would have us worship more in some months more than others. Furthermore, the righteous, in understanding the importance of Ramadān, would want to be as prepared as possible, and as a result, would begin preparation two months earlier in Rajab!

From amongst the forms of preparation is increasing in reciting the Qur’ān. When Sha’bān would begin, ‘Amr b. Qays (of the righteous early Muslims) would close his shop and free his time for reading Qur’ān. The notion of excessive fasting, as quoted earlier, is found in the hadith of A’ishah (may Allāh be pleased with her), that she “did not see him fasting in any month more than in the month of Sha’bān.”[3]

Fasting is a great act of servitude and devotion to Allāh, and given that the Arabic word sawm (fasting) means to restrain from something, it implies the repression of one’s nafs and worldly abstinence out of a firm belief in the afterlife. Abu Hurairah narrates that the Prophet (sallAllāhu ‘alayhi wasallam) said, “Allāh said: The fast is for Me and I will give the reward for it, as he (the one who observes the fast) leaves his sexual desire, food and drink for My sake. Fasting is a guard (from Hell) and there are two pleasures for a fasting person, one at the time of breaking his fast, and the other at the time when he will meet his Lord. And the smell of the mouth of a fasting person is better to Allāh than the smell of musk.”[4]