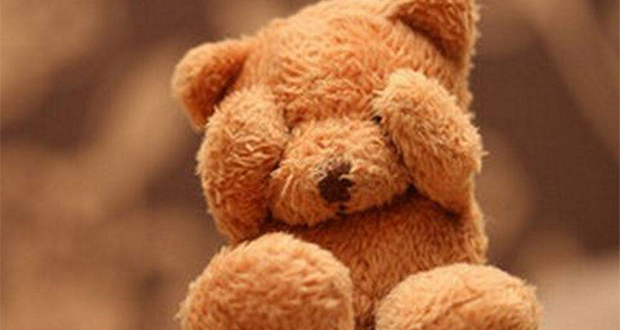 Aḥmad and ibn Ḥibbān record on the authority of ʿAbdullāh b. al-Mughaffal (raḍiy Allāhu ʿanhu) that a man met a woman who used to be a prostitute in the Days of Ignorance. While flirting with her, he extended his hand towards her upon which she said, ‘Stop, Allāh has removed shirk and brought Islām,’ so he removed his hand and left. He kept looking back at her, and while doing so walked into a wall. With blood pouring down his face, he came to the Prophet (sall Allāhu ʿalayhi wa sallam) and informed him of what had happened. He (sall Allāhu ʿalayhi wa sallam) said, “You are a servant of Allāh for whom He wants good.” Then he said, “When Allāh wants good for His servant, He hastens on his punishment in this world; and when He wants evil for His servant, He holds back his sin so that it may be recompensed on the Day of Judgment.”[1]

People! Your hearts are essentially pure but they are stained with splashes of sins. Splash the tears of your eyes on them and you will purify your hearts. Have the firm resolve to wean your souls off desires: fever is the best of cures. When your souls order you to fulfil their lusts, remind them of the words of this woman, ‘Allāh has removed shirk and brought Islām.’ Islām necessitates submission and willing obedience.

Remind your soul of, “The angels descend on those who say, ‘Our Lord is Allāh’ and then go straight.”[2] perchance it may lean towards uprightness. Teach it that the One who is closer to you than your life vein sees all, perchance it may feel embarrassed, “Does he not know that Allāh sees?”[3] “Your Lord is always lying in wait.”[4]

A man tried to seduce a woman in the open desert by night but she refused. ‘There are only the stars to see us,’ he said. ‘What of the One who put them there?’ she replied.

Another man forced a woman to him and ordered her to lock the doors and she did. Then he asked, ‘Are there any doors left to be locked?’ She replied, ‘Yes, the door between us and Allāh, Most High.’ So he never fulfilled his desire with her.

One of the Gnostics saw a man talking to a woman and said, ‘Allāh sees both of you! May Allāh conceal us and you!’

Junayd was asked, ‘What would help us lower our gaze?’ He replied, ‘Knowing that Allāh’s looking at you precedes your looking at the object of your desire.’

Muḥāsibī said, ‘Self-inspection (murāqabah) is the heart’s awareness of its Lord’s closeness.’

As a person’s knowledge of Allāh increases, so too does his sense of embarrassment before His closeness and sight. The Prophet (sall Allāhu ʿalayhi wa sallam) advised a man to be ashamed before Allāh as he would be in front of a righteous man of his family who never leaves him.[5]

One of them said, ‘For the last forty years I have not moved my foot for other than Allāh and I have not looked at anything that I found pleasing for shyness of Allāh, Mighty and Magnificent.’

It is as if Your watcher is inspecting my innermost thoughts;

And another inspecting my sight and tongue.

Hence my eyes have not set on anything, after You,

For other than Your sake except that I thought, ‘They have seen me!’

Not a word has escaped my lips, after You,

For other than You except that I thought, ‘They have heard me!’

Not even a thought in mention of other than You

Has crossed my heart except that they stopped it in its tracks.

The ḥadīth was ruled ṣaḥīḥ by Ḥakim #8133 with Dhahabī agreeing.

[5] Ibn ʿAdī, vol. 2, p. 560 and vol. 4, p. 410, records on the authority of Abū Umāmah that the Prophet (sall Allāhu ʿalayhi wa sallam) said, “Be ashamed before Allāh as you would be ashamed before two righteous people of your family who never leave you.”

The ḥadīth is also reported on the authority of Saʿīd b. Yazīd by Aḥmad, al-Zuhd, p. 46, mentioning one righteous person instead of two and it is ḥasan. cf. al-Albānī, al-Ṣaḥīḥah #741.