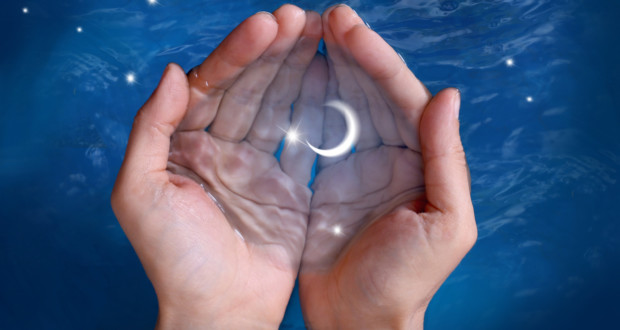 I remember, as a child, waking up to the sound of pots and pans at three in the morning and following the scent trail of fried eggs down the stairs like a zombie. My brother and I, not even teenagers yet, would peer over the bannister and watch our parents as they prepared the pre-fasting meal, hoping they would see us and call us down. If we were lucky, they would allow us to sit and eat with them so that we could fast half the day. Back then, it was the unique family experience and togetherness that made Ramaḍān beautiful. The family would break the fast together, and then we would head over to the mosque past our bedtime for congregational prayers — it was all very exciting and a break from the norm —  and all this culminated in the Eid festival, where families would get dressed in fancy clothes, visit one another, and take back all the calories that were lost during Ramaḍān with generous helpings of kebabs and biryani!

As I got older, around the time I was doing my Masters in pharmacy, fasting in university gave me a sense of much-needed discipline and inhibition, a way to hold back on impulses and say no to temptations like drugs, alcohol, etc. So, what are the inner dynamics of fasting and how does it enhance your sense of self-control? Let me give you a glimpse into how that works and the kind of conversation that takes place between your stomach and your heart during the fast. Take coffee for instance; let us say you are on the morning commute to work. You come out of the station and head towards the building, but upon seeing a Costa coffee shop, your stomach automatically perks up and says, “one small cappuccino to go, please”. Then, your heart would say, “not before sunset, my friend”. Later on that day, you walk past a bakery and you glance through the shop window. As you catch that aroma of freshly baked cakes, your stomach begins to cry and your heart will just pat him on the back, saying: “a few more hours to go buddy; don’t worry, great rewards await you with the Almighty”.

This conversation is interesting because it is precisely the argument that the Qur’ān makes as to why fasting is a tradition that should be kept alive and celebrated. Allāh (subḥānahu wa taʿālā) says:

“Believers, fasting has been prescribed for you just like it was on those before you, in order that you may become more mindful of God.”[1]

Firstly, this verse validates and makes a reference to the tradition of fasting as being one that ties the followers of Prophet Muḥammad (ṣall Allāhu ʿalayhi wa sallam) with the followers of Jesus and Moses and so on, — as if to say that fasting is older than any one religion. This is because the verse states, “like those before you”. We all know about the fasting on Lent, for instance. Secondly, it teaches us that although fasting is a physical exercise of the body — not eating or drinking during daylight hours — it produces a spiritual fruit called taqwā (God-consciousness) and this is a heightened state of spiritual awareness and cautiousness about morality and the Almighty. The Prophet Muḥammad (ṣall Allāhu ʿalayhi wa sallam) alluded to this idea of an inner-spiritual conversation when he pointed to his heart saying, “Taqwā lives here”.[2]

The philosophy behind fasting, then, is that if a person can stay in control regarding their most basic urges, such as the desire to eat and quench thirst, then he or she can control other aspects of their life and dominate their impulses to live more fulfilling and productive lives.

Anyone who tries to fast, even if they are not religious, will share in some of these benefits. For instance, last year, the Principal Director at the Financial Ombudsman took up the challenge to experience one day of Ramaḍān and join his Muslim colleagues in fasting. Afterwards, he shared his experience, saying that it taught him to not be a jerk to other colleagues.  He went on to explain how actively fighting the pangs of hunger tempered his interactions with his colleagues, thus making him more considerate and thoughtful.

Today, as a father of four beautiful girls, fasting has taken on yet another dimension. Now, my children plead with me to stay up to attend the late-night prayers in the mosque and wake up for those fried eggs in the pre-fasting meal!

We live in a time of great irony. It is an age of globalisation, in which the world has become a small village and yet, there is huge inequality, with millions of people living below the poverty line. Fasting serves as a compelling reminder of the appalling conditions that millions of poor people have to endure.

There is a story of a Gambian lady that comes to mind. I remember a humanitarian worker telling me about a group of people that lived in a remote area of Gambia. A lady from the village explained how she had been chosen to collect water for her people. It was a 15-mile round trip which she had to make every day. She said, to the humanitarian worker, that it was not a problem for her to do that – that she did not mind having to collect the water. However, what she feared most was what would happen on her way back. She said that, sometimes, in the sweltering heat, she would become exhausted and end up tripping and spilling the pale of water. As a result, no one in her entire village would get water for that day. She said this is the thing that made her upset.

When I first heard this story, it made me realise that when the people of that village would take their first sip from that pale of water and say Alḥamdulillāh (praise be to God), their Alḥamdulillāh would be heartfelt, whereas ours is often empty. Thus, the experience of fasting should make us appreciate this.

Ramaḍān, then, helps us get one step closer to that heartfelt praise and thanks of the Almighty. May Allāh (subḥānahu wa taʿālā) allow us to attain taqwā in this blessed month. Āmīn.