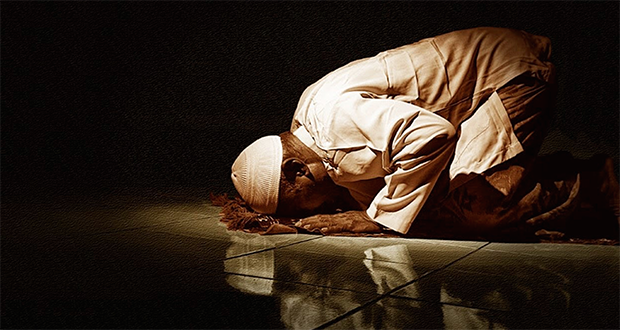 The Prayer of the Persecuted

The Children of Israel, living under the evil dictatorial regime of the Pharaoh, continue to be oppressed. The Pharaoh has enslaved them, killed their sons, and humiliated them without any respite. All this, merely because they chose to believe in the One Almighty Allāh, and refused to accept the Pharaoh’s absurd claim of being a deity worthy of worship.

After this period of prolonged and agonising hardship, Mūsā (ʿalayhi al-Salām) and his brother Hārūn (ʿalayhi al-Salām) receive an inspiration from Allāh (subḥānahu wa taʿālā). They are told to tell their people, the Children of Israel, to “…Take dwellings for your people in Egypt, and make your dwellings as places for your worship, and establish the Prayer (Salāh)…”[1]

This inspiration was given because the huge task of escaping from the Pharonic regime was soon to be undertaken. The suffering had gone on for too long, and it was now time for the children of Israel to flee from the torment and torture they were being put through. It is in preparation for this monumental assignment that they are being advised, by Allāh (subḥānahu wa taʿālā), to take their houses as “dwelling places for worship” and to “establish the Prayer.”

Spiritual preparation before fleeing Egypt was of course essential. It would be this very firm and sincere spirituality they would rely on when they confronted and eventually miraculously crossed the Red Sea whilst being chased by the Pharaoh and his army. The divine guidance given to them by Allāh, through their Prophets Mūsā and Hārūn (ʿalayhimā al-Salām), provides us with very deep and profound lessons.

Undoubtedly, the Children of Israel were going through an extremely tough time. It is said by some commentators of Qur’ān that they were unable to disclose their belief and were not even permitted to perform their prayers openly in public.[2] They were accused of spreading corruption in the land when, in fact, the true poison in the society emanated from the Pharaoh and his regime. Members of their community were vilified and killed unjustifiably, had to deal with members of their own community turning against them (see the story of Qārūn), and much more during their time in Egypt. Their resolve had taken some great blows, and it is all the more intriguing that they were counselled to, during these testing times, turn to prayer.

Prayer (Salāh) is mentioned many times in the book of Allāh, and we are repeatedly exhorted to establish it in our lives. Allāh (subḥānahu wa taʿālā) tells us, “O you who believe! Seek help in patience and As-Salāh (the prayer).”[3] Elsewhere we are told to “guard strictly the obligatory prayers…”[4]

Thus the importance of prayer in our lives cannot be underestimated. It is a pillar of Islām, and an action that was made obligatory upon all Prophets of Allāh. Indeed, as we are taught by our beloved Prophet Muḥammad (sall Allāhu ʿalayhi wa sallam), the best and finest of all creation, that “The first matter that the slave will be brought to account for on the Day of Judgment is the prayer…”[5]

Contemplating over the Pharonic regime of Mūsā’s (ʿalayhi al-Salām) time, one is able to draw parallels between that era and ours. In an age where Muslims are being lambasted and labelled, hounded and harassed, and oppressed and overpowered, taking heed of the advice that was given to the Children of Israel is vital for strengthening our resolve. Turning sincerely to prayer in times of tribulation is imperative in seeking the help of Allāh (subḥānahu wa taʿālā).

The world we live in today stands by and observes while the 1.7 billion-strong, international cohort of Muslims witnesses their religion being discriminatorily criminalised and sanctioned. Politicians across the globe, trapped in the fetters of their own ignorance, condemn Muslims for breaking the very values which they themselves fail miserably to uphold. Over and far above all of this however, the Muslim seeks solace in turning to his creator, in prayer, seeking and beseeching his help, and thus bringing contentment to his heart and earning the pleasure of his Lord.

The Prophet Muḥammad (sall Allāhu ʿalayhi wa sallam), in a famous saying, tells us that “the comfort of my eyes has been provided in prayer.”[6] Amazingly, this statement was made during a life full of persecution, torture, and discrimination to an extent far greater than what we are being put through presently. Being ostracised and outcast from society did not stop our beloved Prophet (sall Allāhu ʿalayhi wa sallam) finding coolness and contentment whilst in solitude, devoted in prayer to his Creator, Allāh the most High.

The statement ‘coolness of my eyes’ perhaps loses something in translation. Another brief episode from the life of Mūsā expounds on the meaning somewhat. Shortly after the baby Mūsā (ʿalayhi al-Salām) is placed in the river Nile by his fearful mother to be saved from the Pharonic slaughtering of baby boys, Allāh (subḥānahu wa taʿālā) then reunites this obedient mother with her baby Mūsā (ʿalayhi al-Salām) so “that she might cool her eyes and she should not grieve..”[7] That heart-stirring feeling she felt when her baby boy was returned to her arms gives us an idea of perhaps the feeling our Prophet Muḥammad (sall Allāhu ʿalayhi wa sallam) had when he turned to prayer during his tough times. It was in his prayer he found his true comfort, solace and peace.

The parallels between our era and the time of Mūsā (ʿalayhi al-Salām) are striking. We may not be asked to cross the Red Sea anytime soon, but we will be posed with many questions and challenges which put to test our faith and resolve. If Salāh was one of the components that strengthened the believers of the Children of Israel, preparing them to cross the mighty Red Sea then, no doubt, with it we can prevail over any obstacle. It is therefore fundamental to our success that we turn to Prayer just as those believers did, sincerely and devoutly, to make firm our spirituality, and to strive to be of those people “….whose hearts are filled with fear when Allāh is mentioned; who patiently bear whatever may befall them (of calamities); and who establish the prayer…”[8]

May Allāh grant us the ability to perform our prayer with sincerity for his sake only, and may He (subḥānahu wa taʿālā) relieve the suffering of the Ummah of the Prophet Muḥammad (sall Allāhu ʿalayhi wa sallam). Ameen. 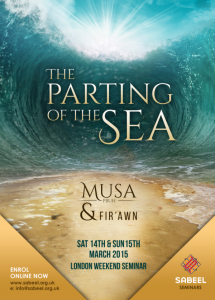 For more gems from the Qur’anic story of Musa (AS) and Pharaoh, and how it is relevant to us today, attend the London Sabeel Seminar: The Parting of the Sea. Book before the end of the day to take advantage of the early bird discount!