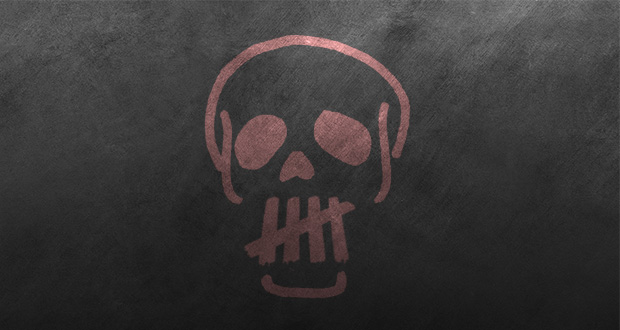 Background to the deception

This aspect of the story is mostly mentioned in Sūrah al-A’rāf and Sūrah Ṭāha. Shaiṭān declares that he is better than Ādam (ʿalayhi al-Salām) irrespective of moral standing as he is created from fire.[2] As a result of his stance, he is expelled from his lofty position with the Angels. He asks Allāh for respite until the day of Judgement, making clear that misguiding Ādam (ʿalayhi al-Salām) and his progeny would be his mission in life.

“[Shaiṭān] said, ‘Because You have put me in error, I will surely sit in wait for them on Your straight path.’”[3]

Allāh warns Ādam (ʿalayhi al-Salām) on two matters. One is to not approach a specified tree in paradise; the other is to take Shaiṭān as a clear enemy.

“O Ādam, dwell, you and your wife, in Paradise and eat from wherever you will but do not approach this tree, lest you be among the wrongdoers.”[4]

So We said, “O Ādam, indeed this is an enemy to you and to your wife. Then let him not remove you from Paradise so you would suffer.”[5]

As Ādam had only just been told that Shaiṭān’s advice would only harm him, Iblīs’s first step was to whisper to him in a manner the Qur’ān describes as ‘wiswas’. Wiswas can be defined as ‘the hidden voice that enters the chest of the children of Ādam as corrupt harmful thoughts that are beautified so a person will believe in it, say it or act upon it’.[7]

Tantawi mentions that ‘Wiswas’ is ‘hidden speech that Shaiṭān throws into the hearts of men to cause him to sin’. Just as truth can be proclaimed openly without shame, this corrupt speech is hidden so as to not exposed. Every human has a whisperer assigned to them who will encourage inappropriate actions.

In verse 7:20, the reason for the whispering is mentioned as being to expose their nakedness as a punishment for Ādam’s disobedience; however the reasons Shaiṭān gives to Ādam as to why he should approach the tree are different. The deceitful nature of Shaiṭān is clear at this point. Allāh mentions in Sūrah Ṭāha as follows:

Then Shaiṭān whispered to him; he said, “O Ādam, shall I direct you to the tree of eternity and possession that will not deteriorate?”[8]

Shaiṭān does not describe this tree as the forbidden tree as the ‘tree of eternal life’. Such is how Shaiṭān cleverly misguides.[9]

Step 2: Enticement of becoming an angel

“…He said, “Your Lord did not forbid you this tree except that you become angels or become of the immortal.”[10]

The whispering in itself was not enough to misguide righteous people of the stature of Ādam and Hawa (ʿalayhima al-Salām). He moves to the next stage of misguidance by presenting the ‘reasons’ for Allāh’s commands. He does not oppose the order of Allāh directly, rather he depicts the commands as being ‘unjust’ leading a person to have negative thoughts of Allāh, i.e. you were only prevented from the tree as Allāh dislikes that you would become an angel. The correct response to dealing with such whispers is for a person to be content with the orders of Allāh even if he does not know the reasons.

The Qur’ān mentions the many different methods Shaītān uses to misguide people. He knows his prey well; he knows their temptations can even stem from good intentions and yet he uses these to bring a person to disobey Allāh. Ādam (ʿalayhi al-Salām) is a knowledgeable worshipper of Allāh. He knows the angels are creations of light and entirely focused on worshipping Allāh without disobedience or becoming tired. Their strength cannot be compared to and they are able to be close to Allāh without being interrupted by death. Considering this, Ādam’s desire to be of the nature of angels can be seen as a noble intention.[11] He did not seek this position for evil purposes, and yet the love for something can blind its holder to the errors in his judgement. Shaiṭān will use this love against his prey.

“…He said, “Your Lord did not forbid you this tree except that you become angels or become of the immortal.”[12]

Shaiṭān’s enticing of immortality is an extension of his initial whisper viz. the aforementioned verse:

“Then Shaiṭān whispered to him; he said, “O Ādam, shall I direct you to the tree of eternity and possession that will not deteriorate?”[13]

For Ādam (ʿalayhi al-Salām), being given the power of becoming immortal would allow him to constantly worship Allāh. Ibn Taymiyah mentions that Ādam may have viewed the disobedience of eating from the tree, even if there was some resulting harm, as being outweighed by the benefit of an immortal life of making repentance. This interpretation is taken by every believer who disobeys, making clear the dangers of good intentions and what it can lead to when it manifests in the disobedience of Allāh.

Step 4: Swears by Allāh of his sincerity

Until this point, Shaiṭān has still not been able to convince through his whispering and his reasoning. He then adopts a new method; impressing his seniority.

So he swears by Allāh, that he only wishes well for Ādam and his wife. The emphatic power of this oath impresses them and they believe him. Ibn Abbās mentions that Ādam (ʿalayhi al-Salām) was deceived by Shaitan’s swearing the oath by Allāh. Ādam used to think that no one would swear by Allāh falsely. He did not think that anyone would have the audacity to lie about this swearing upon Allāh. Thus, he commits the first act of disobedience in human history as a result of Shaiṭān’s deceptive ruse.[16]

“And We had already taken a promise from Ādam before, but he forgot; and We found not in him determination.”[17]

The last step for this deception to succeed is from Ādam’s (ʿalayhi al-Salām) side. Shaiṭān’s power over man is only possible if they are heedless. So what exactly did he forget? Was it the prohibition of going near the tree or of taking Shaiṭān as an enemy? Either way, Ādam (ʿalayhi al-Salām) paid a heavy price for the lapse and we, as his descendants, have much that we can learn from it. Indeed, every disobedient action has a measure of forgetfulness attached to it. This is why Shaiṭān is called ‘Khanās’; when Allāh is mentioned in His greatness and perfection, Shaiṭān’s strength diminishes.

“From the evil of the retreating whisperer – Who whispers [evil] into the breasts of mankind.”[18]

We need to learn from what happened to our noble forefather. Allāh says:

“…And their Lord called to them, “Did I not forbid you from that tree and tell you that Shaiṭān is to you a clear enemy?”[19]

The Messenger of Allāh (sall Allāhu ʿalayhi wa sallam) would remember Allāh throughout the day, every day to protect himself from Shaiṭān. He would recite the Muwathat after every salāh,[20] three times after Fajr and Maghrib, three times in the morning and evening and three times before sleeping. That is at least 12 times every day. So let us start to recite Sūrah Nās from the heart seeking this protection. It is not insignificant that it is the last Sūrah of the Qur’ān and so one of the most memorised. But how many of us give it its right?