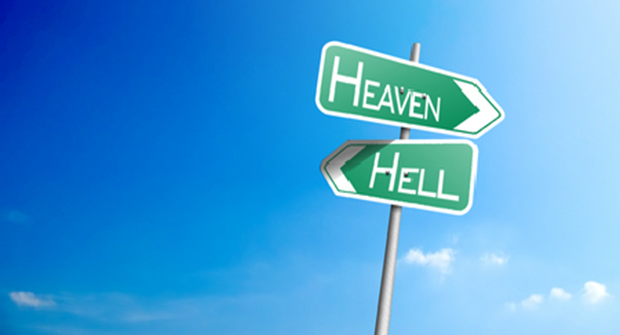 In urban societies people who observe various theological traditions (under the broad umbrella of Ahlussunnah) can be brought together, a phenomenon that often leads to dogmatic disputes with one another. Habitually, these quarrels spiral into a degenerated slinging match with takfir being made as the introductory statement!

This phenomenon, although widespread amongst Muslims generally, also happens to afflict major sections of the salafi and ahl-e-hadith community, often more out of anger or frustration than being able to legitimately do so. Others sincerely believe that they are the only Muslims that shall enter paradise and all others are doomed to eternal damnation, yet scholars who they claim to adhere to have had something else to say on the matter.

Ibn Taymiyyah, the shaikh of Islam, the mufti of his era, and one of the most astute intellectuals the world has ever seen said in court in reference to his debate with the Ash’aris and Maturidis:

So I answered their questions – that my saying that the belief of the ‘saved sect’, it is the sect that the Prophet describes as being saved whereby he said: “My ummah will split into 73 sects…”
This belief (which is in al-Wasitiyyah) is related by a system of transmission from the Prophet and his Companions – they and those who follow them are the saved sect. It is affirmed by various Companions, by way of transmission, that they said that faith increases and decreases as well as everything else I mentioned (in the tract), and this is related by the Companions with established chains of narration in both word and meaning. If those who came after them happened to differ it matters not since it changes nothing the earliest generations have said.
Then I said to them: it isn’t necessitated that everyone who differs with something from this creed is destroyed in their religion; the disputer might merely be a mistaken mujhtahid who is forgiven his mistake, or he may be a person to whom knowledge has yet to reach and so the hujjah is yet to be established, or it might be that he has amassed much good deeds by which Allah will wipe out his bad ones.
The dictate of such speech (that I have stated) is that whoever believes in this creed is saved in this doctrine, and whoever believes otherwise may be saved…

Notes: Majmu al-Fatawa 3/179
Source: www.islam21c.com
Islam21c requests all the readers of this article, and others, to share it on your facebook, twitter, and other platforms to further spread our efforts.
Share. Facebook Twitter LinkedIn Email Telegram WhatsApp
Previous ArticleDarwin’s Displacement of Religion or Grounds for a New Religious Experience
Next Article The Sisyphean Task of Rights and Wrongs