A Just Ruler for the End of Times 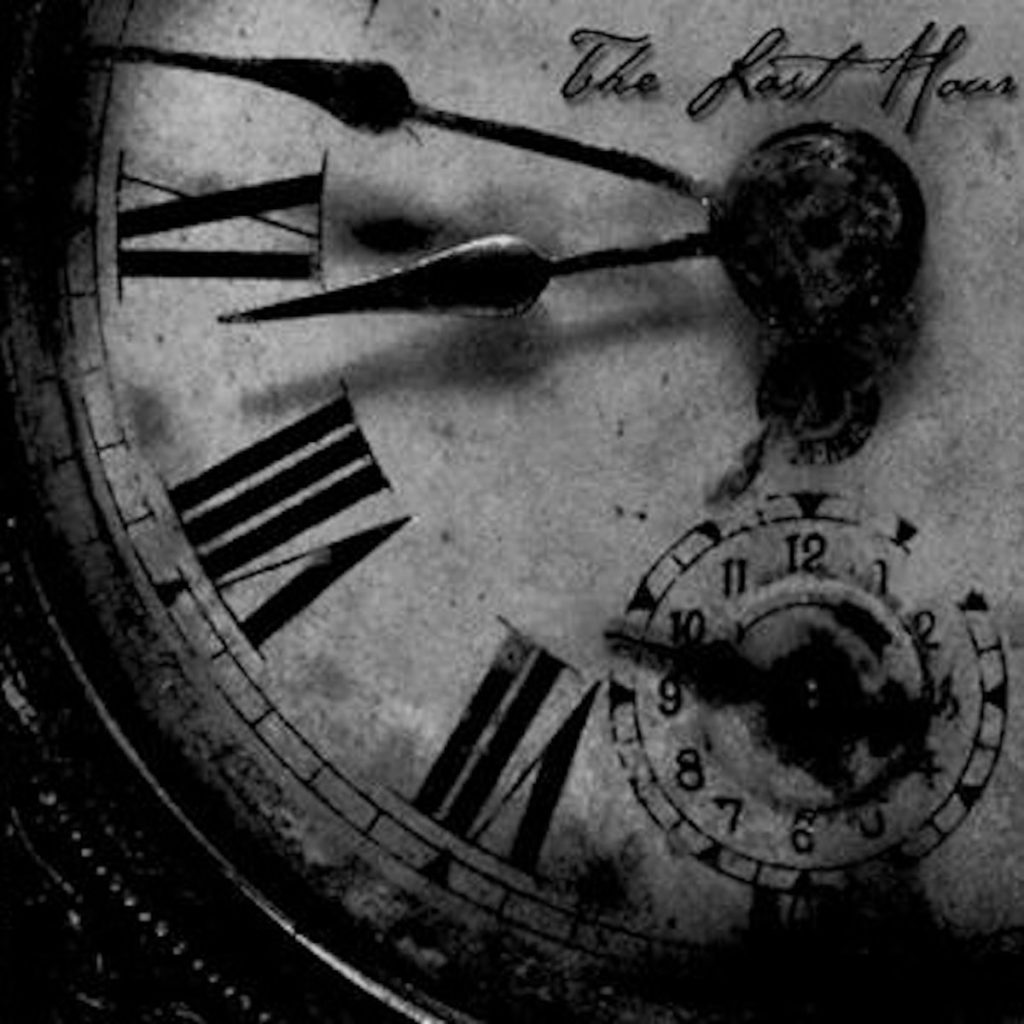 In the last days, before the Final Hour, a man will appear. A righteous and unique leader, he will be a descendant of the Prophet (sall Allāhu ʿalayhi wa sallam) through whom Allāh will grant ascendancy to the religion. He will appear at a time of many earthquakes, and when people will be consumed in dispute and caught up in fighting and killing. He will fill the earth with justice and equity where before it had been filled with tyranny and injustice. The people of earth and the inhabitants of heaven will be pleased with him and he will distribute wealth equitably.[1] Indeed wealth will be so abundant that a man will stand and ask for wealth, and he will give it to him freely.[2] This leader, the Mahdī, will rule for seven to nine years, during which time the earth will grow its produce freely and rain will come down in abundance.[3][4][5] Livestock will increase and the Muslim nation will grow in number.[6]

“Even if there remains only one day before the world ends, Allāh will prolong it to send a man from me, from the members of my House. His name will be similar to my name and his father’s name similar to my father’s name. He will fill the Earth with equity and justice where (previously) it was filled with oppression and injustice.”[7]

He will be a descendant of Fāṭimah, daughter of the Prophet (sall Allāhu ʿalayhi wa sallam) through al-Ḥasan b. ʿAlī (raḍiy Allāhu ʿanhu).[8]

The Prophet (sall Allāhu ʿalayhi wa sallam) described what the Mahdī would look like stating that he would have a broad, clear forehead and a handsome, prominent nose.[11]

When he passes away, the Muslims will pray over him and his death will give way to great evil and tribulation on earth.[12] There will be no good left in the living.[13]

Before Muḥammad b. ʿAbdullāh declares himself as being the Mahdī, three claimants to leadership of the Muslims will try to take the treasure of the Kaʿbah by force, each being sons of a Khalīfah. They will be killed, one after another, leading to internecine strife.[14] At that time the Mahdī will be in Madīnah but will be forced to flee to Makkah seeking refuge there.[15] The people of Makkah will come to his house asking him to declare himself, but he will refuse, reluctant to take on such a huge responsibility. In a single night, Allāh will prepare him for the mantle of leadership,[16] forgiving him, guiding him and inspiring him to take his position.[17] The people of Makkah will then take him out to the Kaʿbah between the black stone and the station of Ibrāhīm (ʿalayhi al-Salām) and there, give him the pledge of allegiance.[18]

When this happens, an army will march out from Syria against him, challenging his leadership and his claim.[19] In the face of this existential threat, the Muslims will be worried as the Mahdī at this time has no real power, strength or any quantity of arms but Allāh will cause the army to be swallowed at al-Baidāʾ (an area of desert between Makkah and Madīnah) by a landslide.[20][21] When the people see this, the eminent of Syria and Iraq will come and give him the pledge of allegiance between the black stone and the station of Ibrāhīm (ʿalayhi al-Salām).[22]

Black flags will be raised on the lands of the east, Khurasān,[23] the standards of a mighty army and they will come to the Mahdī, support him and fight under him with a ferocity not seen before. The Prophet (sall Allāhu ʿalayhi wa sallam) advised all the Muslims of the time, that when they are to see this happening, they are to give him the pledge of allegiance even if they had to crawl over ice to do so.[24]

Another army sent by a man from Quraysh, descended from the tribe of Kalb, will march out against the Mahdī and a battle will ensue in which the Mahdī will be victorious.[25]

The Prophet (sall Allāhu ʿalayhi wa sallam) warned, “No one shall make this House permissible except its own people. When they make it permissible than do not ask about the destruction of the Arabs.”[26] Meaning: make the shedding of blood and attacking it permissible.

Some narrations mention that the Mahdī will conquer Jerusalem, and that the authority of the Islamic state will reach there. It is said that once this happens, earthquakes and calamities will begin anew, and the Last Hour will be close.[27] The Mahdī will also conquer Constantinople after fighting the Romans at al-Aʿmāq or Dābiq. A third of those who joined the Muslim army will flee, and the Prophet (sall Allāhu ʿalayhi wa sallam) declared that Allāh would never forgive them, a third would be martyred in the war, and the remaining third would finally conquer Constantinople. While the victors are distributing the war booty, Satan will cry out,

‘The Dajjāl has come and taken your place amongst your families!’

They will throw away what they have in their hands and set out for him, sending ahead ten horsemen as a scouting party. They will find that the claim is false. Soon after this, the Dajjāl will actually appear and the Muslims will fight him in a succession of battles. At one such battle, while the Muslim armies who will be in Syria at the time are preparing to face him, ʿIsā (ʿalayhi al-Salām) will return to earth.[28]

While the Mahdī is ruling as the Imām or Khalīfah of the Muslims, ʿĪsā b. Maryam (ʿalayhi al-Salām) will return to earth. He will descend close to the white minaret to the east of Damascus just before Fajr time.[29] He will be wearing garments lightly coloured with saffron and his hands will be placed on the wings of two angels. Whenever he lowers his head droplets fall, and whenever he raises his head, precious stones that look like pearls fall.[30] The Mahdī and others will ask him to lead them in prayer but he will refuse saying, ‘Your Imām should lead,[31] as a grace from Allāh.’”[32]

“An ummah that has me at its beginning, the Mahdī in its middle, and ʿIsā at its end can never be destroyed.”[33]

The details of the advent of the Dajjāl and the return of ʿĪsā (ʿalayhi al-Salām) will be given in later articles.

1) Allāh’s Messenger (sall Allāhu ʿalayhi wa sallam) is reported to have said, “There is no Mahdī except ʿĪsā b. Maryam.”[34]

This is a weak ḥadīth, but even if assumed to be authentic, the meaning is that there is no Mahdī in the complete sense of the word, the absolute sense, except for ʿĪsā as stated by Qurṭubī and others. As such, the ḥadīth would be employing the word mahdī in its linguistic sense, and not as a title for a specific person.

2) The Khilāfah existed once in Islāmic history, and it will exist again

When the Khilāfah returns, it will be a great khilāfah, “There will come towards the end of time a Khalīfah who will distribute money and not even count it,”[36] and the people living under that rule will “enjoy a life the likes of which they had never lived before.”[37]

The Khilāfah will return, it seems, with the return of the Mahdī and we know how he will judge with justice and equity above, and how the earth will give its produce freely.

3) This is not the Mahdī of the Shīʿa

They too are waiting the re-appearance of their 12th Imām who went into hiding or a state of occultation: Muḥammad b. al-Ḥasan al-Askarī, at a very young age, and is still in hiding 10 centuries later. They believe that he will be from the children of Ḥusayn and that he will be the Mahdi. However, there is no authentic evidence supporting their stance.

4) The Shīʿa also believe that the People of the Cave will return and they will be the Mahdī’s Companions. There is nothing authentic to prove this.

[13] Aḥmad. This will not happen immediately after his death, but some time after the passing of ʿĪsā (AS).

[23] Tirmidhī #2269. The narration mentions that this army will reach īliyāʾ in Jerusalem and erect their banners there. The ḥadīth has weakness, but other narrations do state that the authority of the Muslim state under the Mahdī will reach Jerusalem.

Khurasān then was bigger than Khurasān now, and encompassed Naisapur, Harra, Marwa, and Balkh, i.e. it covers northeast Persia (Iran) and parts of central Asia and Afghanistan.